ELLIJAY, Ga. – In discussions for the spending of funds from the American Rescue Plan, Gilmer County’s Board of Commissioners heard a proposal from the Ellijay Gilmer County Water and Sewerage Authority (EGCWSA) to utilize funds for the Roundtop Road area of the county to extend water lines to the Pickens-Gilmer line.

Water has already reached part of the area. EGCWSA Director Gary McVey spoke in the October Commissioner’s Meeting about the project, saying that the plan was to from the end of the current water line all they way down Roundtop Road.

McVey stated that a majority of calls requesting city water come from this area currently. He noted that the well water in the area has high iron content.

Adding to the project, McVey said he wanted to treat the new line exactly like the last project in the area with the funds paying for the meter installation and even the tie-ons between a meter and a house. It was stated that the EGCWSA Board might reduce impact fees for citizens, but McVey did not say it would negate them. He noted that this would be a board decision that would have to be made. Additionally, the project also looks to make water more readily available in emergencies, aiding in fire protection along the way.

The cost of the project is estimated at $1 million.

As opposed to other projects approved recently, such as the county’s hazard pay for employees, this project will not be put into motion until next year with the second round of the American Rescue Plan funds.

The county has been discussing projects and is continuing to pursue them, however, waiting until the next round of funding will allow the county to go forward with its plans and allow the EGCWSA to begin plans and preparations for the new project before 2022. The official motion came for a resolution to approve the project and reserve the upcoming funds for it.

The county already saw its first opposition and support for the project in the same meeting as citizens wishing to speak portion. With one citizen asking for a rebate for water filters he has had to buy in his area of the county for the same iron issues.

ELLIJAY, Ga. – More than just citizens living inside the city limits, people from East Ellijay and all over Gilmer County outside of either city’s limits have been voicing opinions and concerns over the loss of parking on the square and down River Street.

This Monday, October 15, 2021, will see the Ellijay City Council hear the proposal from a representative of the Downtown Development Authority (DDA) and has an agenda item to take action on the subject. The agenda lists this as “Downtown Parking Elimination Test.” The idea is to test how the area will respond without parking through Light Up Ellijay in December. The Mayor’s Report in the city council notes that this will eliminate parking “on the roundabout and River Street.”

Discussion has risen from the DDA, but has found stark opposition from certain members of the public. From very specific concerns of elderly and handicapped people looking to keep the close by parking for places like the Cantaberry Restaurant, Blue Ridge Olive Oil Company, Ellijay Wood Fired Pizza, River Street Tavern, and others to general concerns about eliminating any parking in such a busy area of the city.

Those speaking in favor of the elimination have quoted public safety concerns and traffic flow. Accidents have occurred in the area and comments have been made referencing these incidents when someone may pull out or back out into traffic. Others have complained about how difficult it is to back out of the lots on the square.

Discussions have also come from some to convert the roundabout parking into all handicapped parking spaces and marking off several spots to allow for van unloading from the sides for wheelchair users.

The Downtown Square already has posted speed limits signs along River Street and the city has also put up flashing signs in the past warning drivers of their speed as they cross the bridge on River Street.

Eighteen parking spots isn’t a large number compared to the lot sizes like the one behind Dalton State College or the one behind the courthouse next to the Tabor House, but the main push to keep the spots has focused on the needs for closer parking for older people. Four years ago, in 2016, research was shown in the Gilmer Board of Commissioners meetings as the county was losing its hospital proving Gilmer had 25% of its population as 65 or older. Since the COVID-19 outbreak, research has proven that the consistent occupancy of Gilmer County is increasing from more and more people moving here along with more and more tourists visiting.

The question of the day and the question behind the parking spots on the roundabout and down River Street, ultimately, has very little to do with parking, but has everything to do with traffic and congestion. Some downtown business owners are also pushing to keep the roadside parking to allow for older citizens to have easier access, but also to allow for those who may see an open spot and are only looking to quickly get in and out of one store instead of touring the downtown area.

Officials have emphasized that the action taken, if approved, is only a test run. Discussion has continued to run rampant among how the city would block off the spots, what kind of image it gives to visitors, what it would do to locals, how it would affect businesses, how it will change the look and feel of the downtown area. Discussion will continue on Monday, October 18, 2021, at 5:30 when the City of Ellijay enters its workshop right before the 6:00 p.m. meeting. 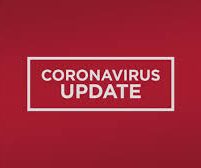 ELLIJAY, Ga. – Earlier this week, a threat was reported and dealt with regarding the Gilmer County Courthouse on the night of January 5, 2021.

The reported threat allegedly came from Travis Webb Ingram, 44. Ingram was arrested by the Gilmer County Sheriff’s Office the same day. Facing a felony charge of Terroristic Threats and Actions according to the Sheriff’s Booking Report, Ingram allegedly made threats on social media about going to the courthouse with a bomb. The report indicates as much, stating the offense location as cyberspace. 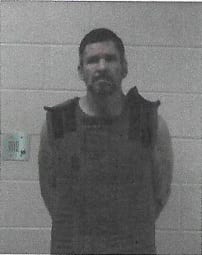 However, according to the Sheriff’s report, the courthouse may not have been the only threat issued or the only charge possibly brought against Ingram.

The report indicates possible drug involvement in the incident. Reports indicate a suspicion of use or involvement of methamphetamines. While the investigation continues, new charges could be brought up, but for now, the only noted charge remains Terroristic threats.

In addition to the threat of a bomb against the courthouse, there was alleged reports noted in the incident report that Ingram was “extremely angry” and posed threats “against law enforcement and his ex-girlfriend’s life.”

The Sheriff’s Office dispatched several units to locations in response to the threat including the courthouse and to Ingram’s address. After arrest, Ingram was taken to the Gilmer County Detention Center for processing.

All of these new details including the allegations of drug use with methamphetamines, threats against the additional female, and threats against police are coming from the Sheriff’s Office on incident report. Yet, no additional charges were noted on the arrest record. FYN will continue to add new updates to this story as Sheriff Stacy Nicholson releases additional details.