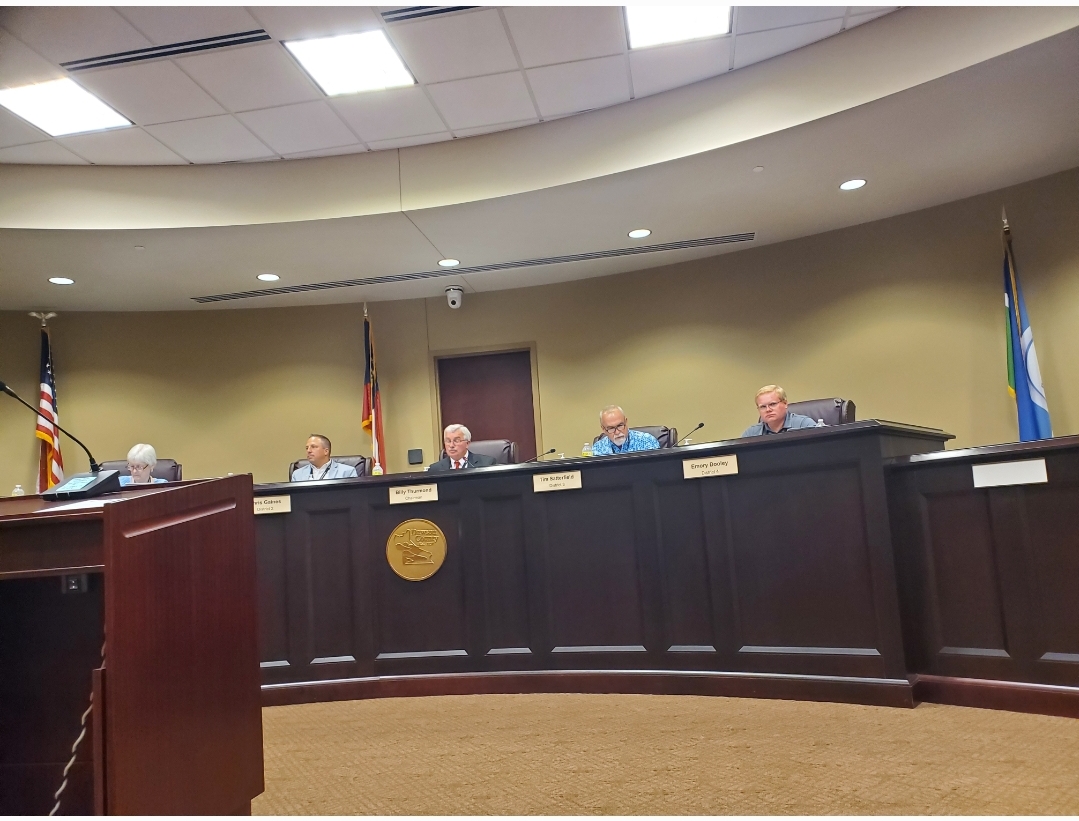 DAWSON COUNTY, Ga.- The Board of Commissioners approved staff to begin the bid process to update the radio system used by the Sheriff’s Office and the other Emergency Services.

The commissioners also approved a pay raise for the volunteer firefighters at the meeting. The board also voted to start the bid process for a design-build for the Emergency 9-1-1 and Emergency Operations Center Building.

During the June 16 work session, the commissioners were presented with two options for updating the radio system. They could continue using the VHF spectrum that is currently in use and update the system or they could switch to the 7/800 MHz spectrum that is specially dedicated to public service.

Continuing to use the VHF system would leave the system open to more noise interference and eventually cost more for new towers to be built. The signal would also not be as good in buildings which leaves the officers with the current issue.

The 7/800 system would need additional sites at first but there is an option for an intergovernmental agreement with neighboring counties to share their sites. There would be less noise interference and more signal coverage.

The board has $3 million set aside in SPLOST 7, so additional funding will have to be found once a bid is placed. With all this in mind, the board voted to start the bid process for the 7/800 MHz radio system. Once they have a bid they will set the budget for the project.

Another item that the commissioners approved was the pay raise for the volunteer firefighters. All firefighters for Dawson county are currently paid by the number of calls they attend.

The base rate for the volunteers is $12.83 per call and they are paid at the end of the month. The raise is up to $16 per call and those that have already hit that mark will be receiving a $3 raise. The board approved this to retroactively go into place on July 1 so that the firefighters will receive the full rate this month.

Heard in the clip above is Commissioner District 1 Sharon Fausett praising volunteers. It is possible the last time the firefighters had a raise was as far back as 2015 to 2017.

The commissioner also started the bid process for the design-build of the Emergency 9-1-1 and EOC building. The project will also be funded out of SPLOST 7 funds.

The initial budget should not exceed $5.1 million. There have been some preliminary sketches done by the department heads for what they are looking for, however, they are very rough and there is some overlap that needs to be addressed. To view those visit https://mccmeetings.blob.core.usgovcloudapi.net/daga-pubu/MEET-Packet-1172e9392bf441e28761d44954c08390.pdf, they begin on page 150. 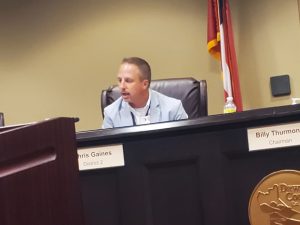 Commissioner Chris Gaines while presenting the moratorium request to the other board members.

The commissioners have also placed an emergency 30 moratorium on new residential building permits. This is to give the board and planning department time to review the current standards for the permits. There will be a public hearing held on Aug. 4 for the public to give their opinions before the commissioners vote to extend.