Home / Speaker of the House 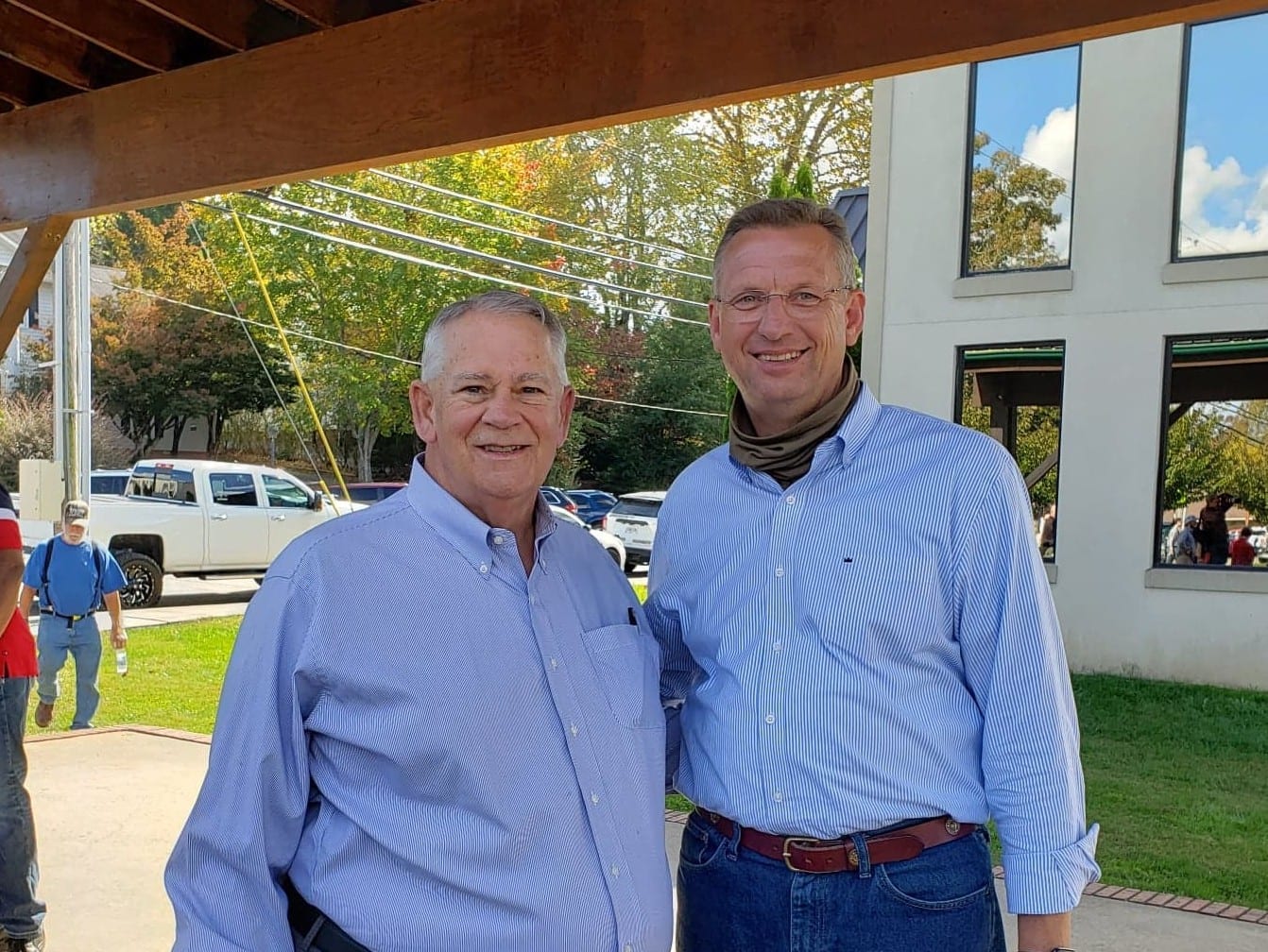 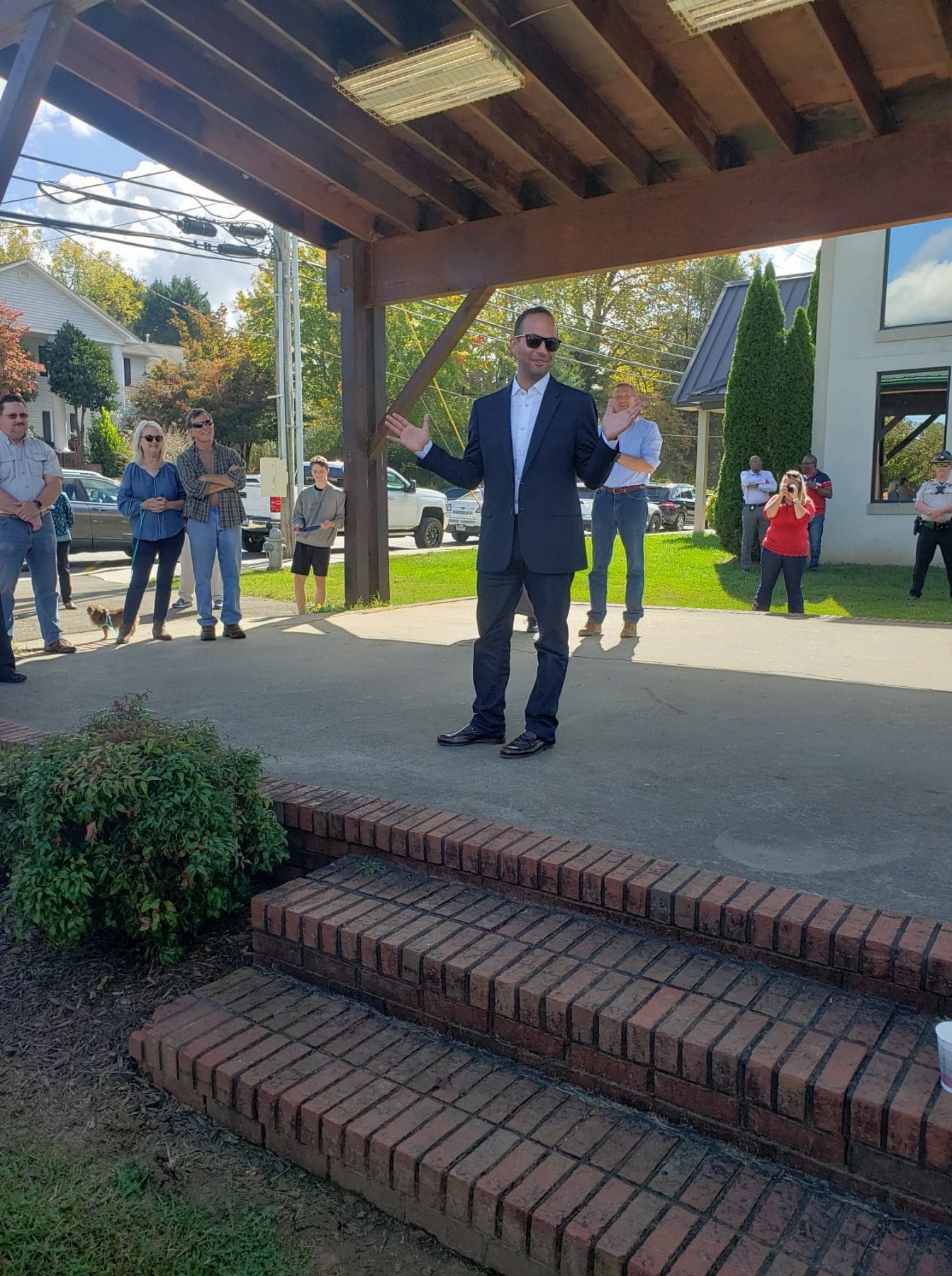 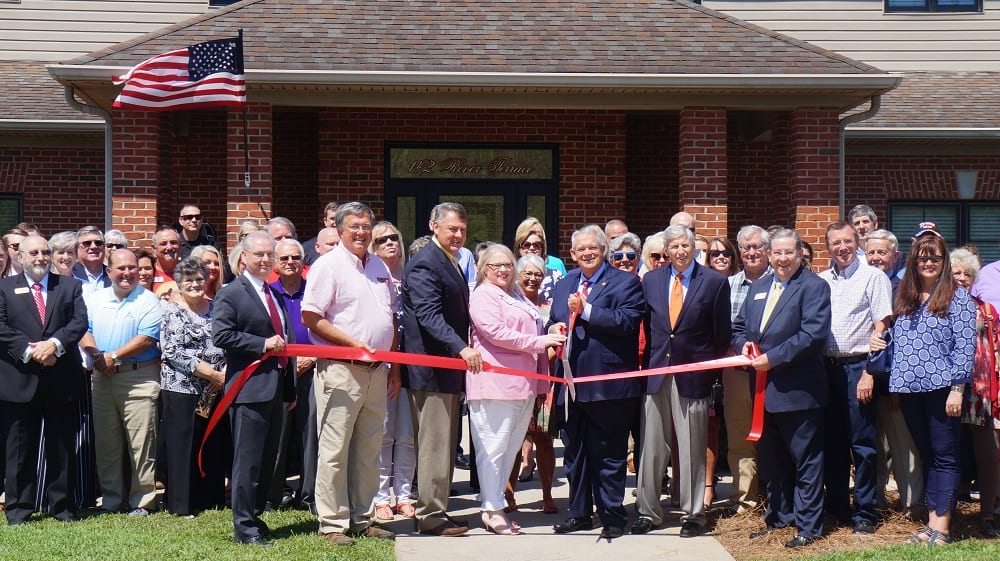 ELLIJAY, Ga. – “This is the kind of project that will spread prosperity throughout our entire region. It is the kind of skin-in-the-game project that deserves support…” Georgia Speaker of the House, David Ralston praised the CORE Facility in Ellijay who hosted their official ribbon-cutting today.

Nestled just off Maddox Drive on the banks of the Coosawattee River in Ellijay, Georgia, the CORE Facility hosts business offices and incubation locations for entrepreneurs and start-ups in need of an office or workspace without the hassles of long-term investment. 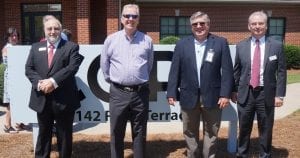 However, the facility’s impact reaches so much farther than the city limits or the county’s borders. Today marked a celebration for the region and for the state. Representatives statewide joined together for this ribbon cutting including Gilmer Commission Chairman Charlie Paris, Gilmer Post Commissioner Karleen Ferguson, Pickens Commission Chairman Rob Jones, Fannin Commission Chairman Stan Helton, Georgia Speaker of the House David Ralston, State Senator Steve Gooch, State Representative of District 11 Rick Jasperse, Ellijay City Mayor Al Hoyle, Gilmer Schools Superintendent Dr. Shanna Downs, and many representatives from the Ellijay and East Ellijay City Councils and Gilmer Board of Education. Efforts from many organizations have led into combined organizations such as the Greater Gilmer Joint Development Authority (JDA) and the Greater Gilmer Community Foundation.

While the celebration was a culmination of efforts so far, it is only the beginning. It is a project that holds great impact on the future, according to Ralston who said, “It will create jobs in our area. The jobs of tomorrow will be possible because of the work that goes on in this building.” 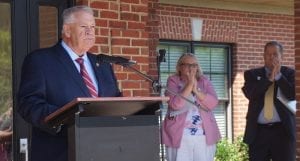 Speaker of the House, David Ralston announces a $420,000 state grant for the CORE facility to applause from attendees at the ribbon-cutting on July 24, 2019.

Ralston also dedicated support to the facility as he announced, “Because of the local commitment to the CORE building the State of Georgia, through our OneGeorgia Authority, is awarding $420,000 to this project to be used for Facility purchase and improvement costs. This $420,000 grant is historic. both in terms of its dollar amount and the impact it will have on this project and community.”

Ralston continued speaking about the economic development and job creation in the county before offering the second announcement of the day regarding the Center for Rural Prosperity & Innovation, also known as Georgia’s Rural Center.

Ralston stated at the ribbon-cutting, “I am proud to announce that the new North Georgia of the Georgia Center for Rural Prosperity & Innovation will be housed right here in Ellijay in this facility. The office will be led by Janet Cochran.”

Ralston’s office later offered a full Press Release on the announcement stating the center serves as a central information and research hub for rural best practices, including community planning, industry-specific assistance and cooperative efforts with community partners. The center was proposed by the House Rural Development Council in 2017 and was created by House Bill 951, which was enacted in 2018. 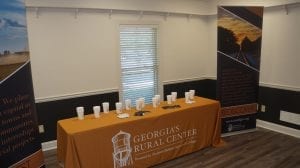 The Georgia Center for Rural Prosperity & Innovation, also known as Georgia’s Rural Center, was officially announced to open a North Georgia Office at Gilmer’s CORE facility during a ribbon-cutitng on July 24, 2019.

These announcements were applauded by those present and praised by the Chairman of the Gilmer Chamber, John Marshall, who said, “Mr. Speaker, once again you have proven yourself to be the very epitome of a stalwart and faithful advocate not only to your hometown and all the other communities in these beautiful North Georgia Mountains, but to each and every corner of the state of Georgia.”

President of the Gilmer Chamber, Paige Green also praised the facility as the realization of a dream for the community that has spread to benefit not only one county but something larger that now spans the region.

Today was a celebration of completing the first steps of a larger plan for the facility. Though it is now open, it is only the first phase of that dream. Director Sanford noted last year that the hopes for the facility include two more phases.

In Phase II, the foundation will continue renovation onto the second floor to open up a larger area for education and training in a 1,200 square foot space upstairs.

In Phase III, hopes for the CORE Facility could extend into the schools for things like STEM Classes, STEM Saturdays, or other forays into education connection. Consolidating resources for these could include shared STEM kits or a shared expense for a STEM subscription service involving 3d-printing necessary components. However, specific details into PHASE III have yet to be finalized.

Ultimately, the CORE wants to continue spreading and growing this larger community where possible. Opportunities that may come have yet to be revealed, but one ribbon-cutting today, one celebration, can lead to something bigger than imagining tomorrow. 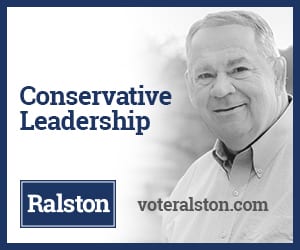 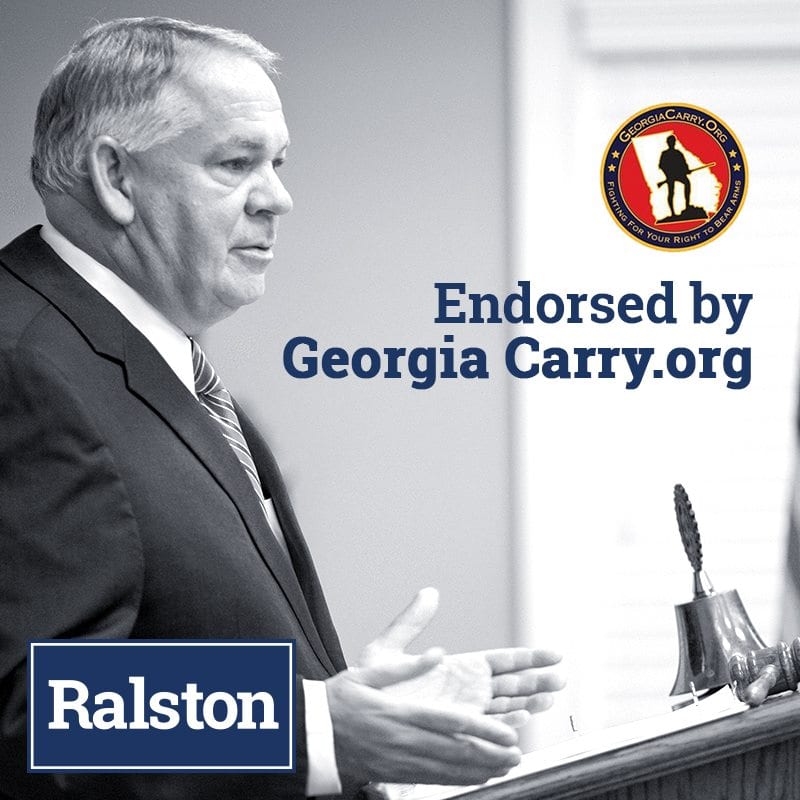 Our 2nd Amendment rights are not up for debate. That’s why I refuse to entertain gun control activists who seek to undermine our safety and compromise the freedoms guaranteed by the U.S. Constitution. From passing “the most pro-gun bill in state history” to ensuring that students, faculty, and visitors can protect themselves on a college campus, I am proud of my record of defending and expanding our 2nd Amendment Rights.

This election, I am once again endorsed by the NRA – National Rifle Association of America and countless #2A supporters throughout the District. Together, we will stand up for our God-given rights and remain “freedom’s safest place.” 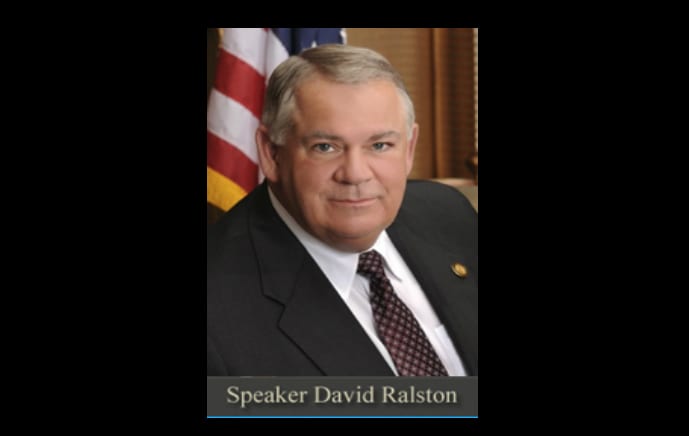 On FYN TV, BKP interviews Georgia’s District-7 Representative Speaker of the House (R-Blue Ridge) David Ralston, as they discuss President Trump’s aggressive plan for  1.5 trillion dollar infrastructure investment that was presented and highlighted at a meeting for Republican leaders including Ralston, Monday at the White House. Speaker David Ralston comments on what that means for Georgia.

Pictured below: Speaker of the House for Georgia District 7 David Ralston at this past weekends Infrastructure Meeting at the White House with Republican leaders and President Donald Trump. 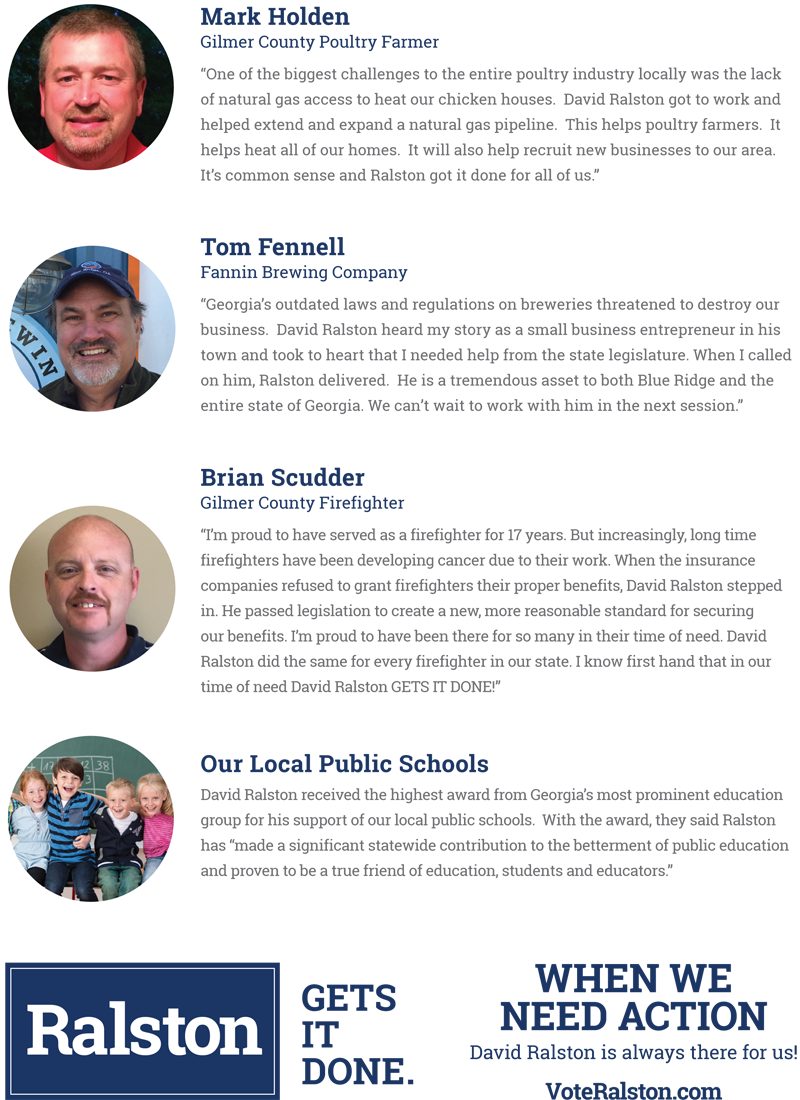