For years, there has been a great debate on whether or not college athletes should receive compensation from companies for using their likeness on products. Last week California lawmakers took steps to ensure that this compensation happens, with a bill at the state level that would allow college athletes to receive money for use of their name, image and/or likeness. The bill passed the State Senate by a vote of 31-4.

Although the bill wouldn’t have any effect until 2023, the legislation received an immediate response from NCAA President Mark Emmert. According to USA Today, Emmert implied in a letter to chairs of two State Assembly committees that if the bill became law as it is currently written, then California schools could be potentially prohibited from competing in NCAA championships. Such a possibility would be a huge blow to the state, which is home to 23 NCAA Division I schools, four of which are in the Pac-12.

So here we go again- another back-and-forth between the almighty NCAA and everyone else. In my opinion there are excellent points from both sides of the argument here, many of which I plan to explore throughout this post. 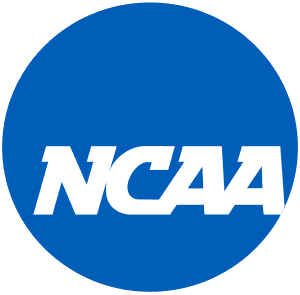 The NCAA and California lawmakers are going head-to-head over a bill that would allow college athletes to receive compensation for the use of their likeness.

Let’s start from the athletes point of view. If I were in their shoes I would be flattered at first to know that a company believed me talented enough to feature in a video game or on a t-shirt. But everything goes back to the money. And after I found out that they were making a significant profit off of my hard work, I would want my slice of the pie.

Such was probably the thoughts of athletes Sam Keller and Ed O’Bannon when lawyers representing them filed separate antitrust suits against the NCAA in 2009 concerning video games. O’Bannon ended up securing at $40 million settlement with the video game publisher, Electronic Arts.

And while I’m considering this point, besides the fact that companies don’t want to have to share with anyone they don’t want to, why shouldn’t an athlete get paid for using their likeness? Anytime a company wants to use an actor or actress for one of their ads, they have to pay up. I don’t see a difference, other than potentially the age and where they are at in their careers.  The way I see it, the only thing keeping student athletes from receiving payment is the rules of the NCAA. Hence the conflict between the association and the current bill in California. 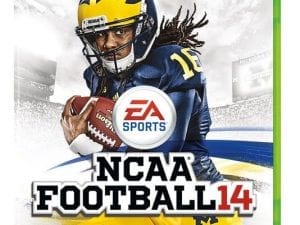 EA Sports’s NCAA Football is an example of a video game that used the likeness of college athletes. NCAA ended their deal with Electronic Arts (EA) in 2014. Credit: USA Today

At the VERY LEAST, companies should secure consent from athletes when using their name and/or likeness. And it should come directly from the athlete, even if there are other arrangements that have to be made with the school and/or NCAA. Even if the NCAA controls permission for companies to use an athletes image, I personally believe the athlete should at least be notified and consulted.

Anyone who disagrees with the above point of view probably does such because of the impact it can have on college athletics as we know it. As much as I hate to admit it as a recent college graduate, the whole point of college is to get an education. Sports should be an added benefit, however recruiting has become such a big deal in our nation that often sports become the ultimate priority and education falls to the wayside.

With that being said, we all know the perks that come with going to a D1 college on an athletic scholarship. It’s not like all of the athletes who appear on video games and other products are destitute. In many instances they’re treated like borderline royalty at the colleges they attend, with priority class registration, great dorm locations and tutoring on a whim. And for those who have the potential to go pro, there are even more programs to help assure hefty contracts come draft day. Long story short- many of these athletes who complain about not getting paid also have it MADE. I imagine that if you got right down to it with the board of the NCAA, they would say the same thing.

So speaking of the colleges, where do they fit into all of this mess? And better yet, why does the government care?

If we want to be cynical about it, we could say that colleges want to win championships. And without some of their star players, their chance of winning diminishes. If an athlete gets busted for doing something like accepting money for an autograph, for example, then there ya go. I know that the bill in California primarily focuses on the use of an athlete’s likeness, but if that is allowed then one can assume the rest will probably shortly follow.

But if we don’t want to be cynical then colleges probably see the wisdom in letting athletes accept a part of the money that is made off of their own name. Goodness knows that athletic programs probably receive money from the use of their logos and names.

As far as why the government is getting involved, there’s not a lot of thought I have on that, but I will say I am interested in seeing how this situations pans out. Sounds like enough legislators agree that college athletes deserve compensation if their name or likeness is used, so only time and more news updates will tell what ends up happening in this government/NCAA showdown.

2017 #NCAA #MarchMadness How is your Bracket? Check out #BKP’s picks for the #Sweet16. Don’t miss my upset pick. Who will lose the next #1 spot?