Tune in as BKP interviews our very own 9th District Congressman Doug Collins on the current government issues and day 3 of the government shut down. Hear how Collins feels about the situation and what needs to happen to resolve the issues at hand.

It was a busy weekend on the national political scene from Mike Pence to Harvey Weinstein to The Little Sisters of the Poor and everything in between.

MIKE PENCE: They’re calling it “a stunt” that Mike Pence walked out. They’re trying to say he went to the game after being in Vegas, but the trip had been long planned. Suddenly they all care about the costs of travel. Nobody seems to question the travel that went on during the Obama years on government funded planes.

BROCK LONG AND FEMA: FEMA Director Brock Long appeared on the Sunday shows this weekend. He was once again criticized over Puerto Rico. He quickly dismissed the nonsense from the mayor of San Juan who clearly has an Anti-Trump Agenda.

NORTH KOREA: President Trump set the media off Friday and throughout the weekend for his “calm before the storm” comment,” regarding his policy on North Korea.

HARVEY WEINSTEIN: The Left is finally acknowledging the scandal that surrounds Hollywood Mega-Producer Harvey Weinstein. However, they’ve also found a way to make it about Donald Trump.

BOB CORKER: The very wealthy Bob Corker somehow made lots of money during the financial crisis that crippled the rest of the country. July 11, spent between $1-$5 on the McGowan Investment just before Wells Fargo turned into a major profit. Wells Fargo bailed Corker out. 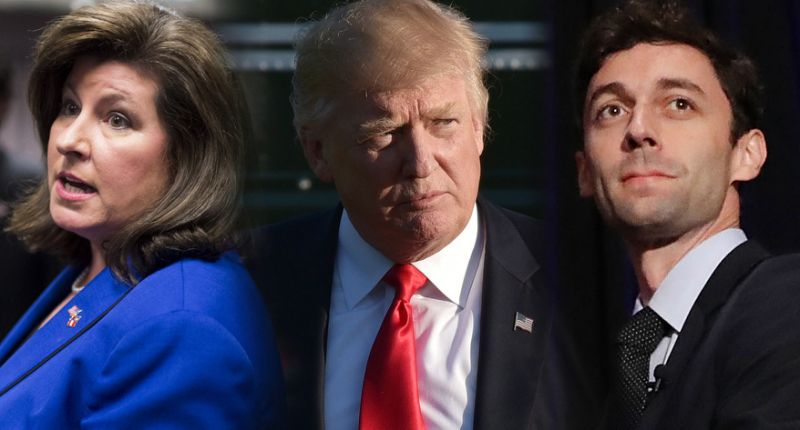 (R) Karen Handel seems to be doing exactly what is necessary to get out the Republican vote in the 6th district. (D) Jon Ossoff has to spend the next two months convincing the Democrats just to go back to the polls. On the other hand Handel has to get every registered Republican vote she can; regardless of who they voted for last week or in the Presidential primary election. Within the next two months it won’t be hard to bump into a well known Republican in the 6th district. Handel has received endorsements from almost every single Republican. From her one time rival Governor Nathan Deal to what some consider controversial President Donald Trump.

BKP questioned last week what Karen Handel would do concerning Donald Trump voters. Would she embrace President Trump during her campaign or listen to the media and turn down the possibility to campaign with The President?

During an interview on CNN, Handel shared her conversation with The President stating “He just called to say congrats and encourage me and let me know as we go into June 20, it’s all hands on deck for Republicans.” When asked if she thought Mr. Trump might come down and campaign with her, Handel responded, “I would hope so,” adding, “I don’t think this is about any one person.”

The 6th Congressional district race could set the tone for the 2018 midterms. For Republicans the 6th district will look like a real “who’s who.” But who will the Democrats send to help Jon Ossoff in this important race; Nancy Pelosi, Chuck Schumer, or maybe even Maxine Waters.

“The Schumer Shutdown Was A Result Of One Thing: Democrats Misread The American People”

Misreading The American People: “The Schumer Shutdown was a result of one thing: Democrats misread the American people.”

Four Parameters: “The President has been very consistent all along. He said he wants a compassionate solution to the DACA situation and any solution has got to include border security with the wall, an end of chain migration, and an end to this visa lottery.”

New Poll is Proof: “This poll is a great illustration of where the Democrats are out of touch with the American people. 80% of America wants border security and over two thirds want a DACA solution to include border security with a wall, an end of chain migration, and an end to this visa lottery. All along, the President’s instincts about this have been right.”

Ongoing Negotiations: “The President has been very engaged on this issue. I was at the White House this week, along with Democrats in different meetings. We have a road map that we believe not only will pass the Senate, but also pass the House.”

Senator Perdue is the only Fortune 500 CEO in Congress and is serving his first term in the United States Senate, where he represents Georgia on the Armed Services, Banking, Budget, and Agriculture Committees.

“It is ridiculous that we were ever in the Schumer Shutdown in the first place. I’m glad to see that Senate Democrats came to their senses and stopped this nonsense. It is frustrating that this is the same proposal that was offered to them days ago before they decided to shut down the government over immigration. Senate Democrats took their political stunt a step too far since a majority of Americans support funding the federal government over continuing the DACA program. Clearly, Congress’ budget process is a complete failure. It has only worked four times in the past 43 years, and given the current political dynamics it will never work. Tying important policy decisions to the funding process is the reason we end up in these damaging situations. It’s time Congress gets serious about reworking the way we fund the federal government. That way we can start tackling other big ticket items such as fixing our immigration system and beginning to rebuild our nation’s infrastructure.”

Senator Perdue is the only Fortune 500 CEO in Congress and is serving his first term in the United States Senate, where he represents Georgia on the Armed Services, Banking, Budget, and Agriculture Committees.