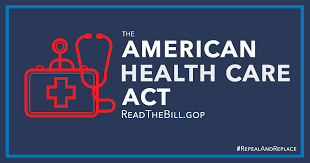 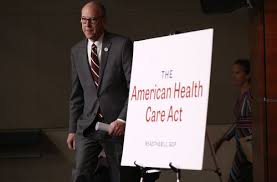 WASHINGTON—Congressman Doug Collins (R-Ga.) has released the following statement in response to the introduction of the American Health Care Act:

“With the American Health Care Act, our unified government has begun the process of doing what we promised to do—repealing and replacing the disaster that is Obamacare. We’ve listened to the millions of Americans hurt by the misnamed Affordable Care Act and those whose hopes were dashed by its broken promises.

“The process of making quality health care affordable and accessible for every American starts with the repeal of Obamacare, with removing the government from the doctor/patient relationship and giving the insurance market the opportunity to rebuild from the havoc Obamacare has wrought on it. On this front, the repeal of the individual mandate is crucial. It means that people can have access to the health care that works best for them, instead of being forced by the government into expensive insurance plans that keep substantive health care out of reach. Moreover, Republicans are remembering both our neighbors and our future neighbors: The American Health Care Act prohibits federal money from flowing to abortion providers like Planned Parenthood.

“President Trump has a common-sense approach to health care reform and has said that this bill is the first step in that process. Our unified government has moved to stop the suffering caused by Obamacare, and I look forward to considering the American Health Care Act in the House.”