At this time, 44 million Americans are experiencing mental illness with 42.5 million suffering from an anxiety disorder. Anxiety is one of the more prominent disorders in America. 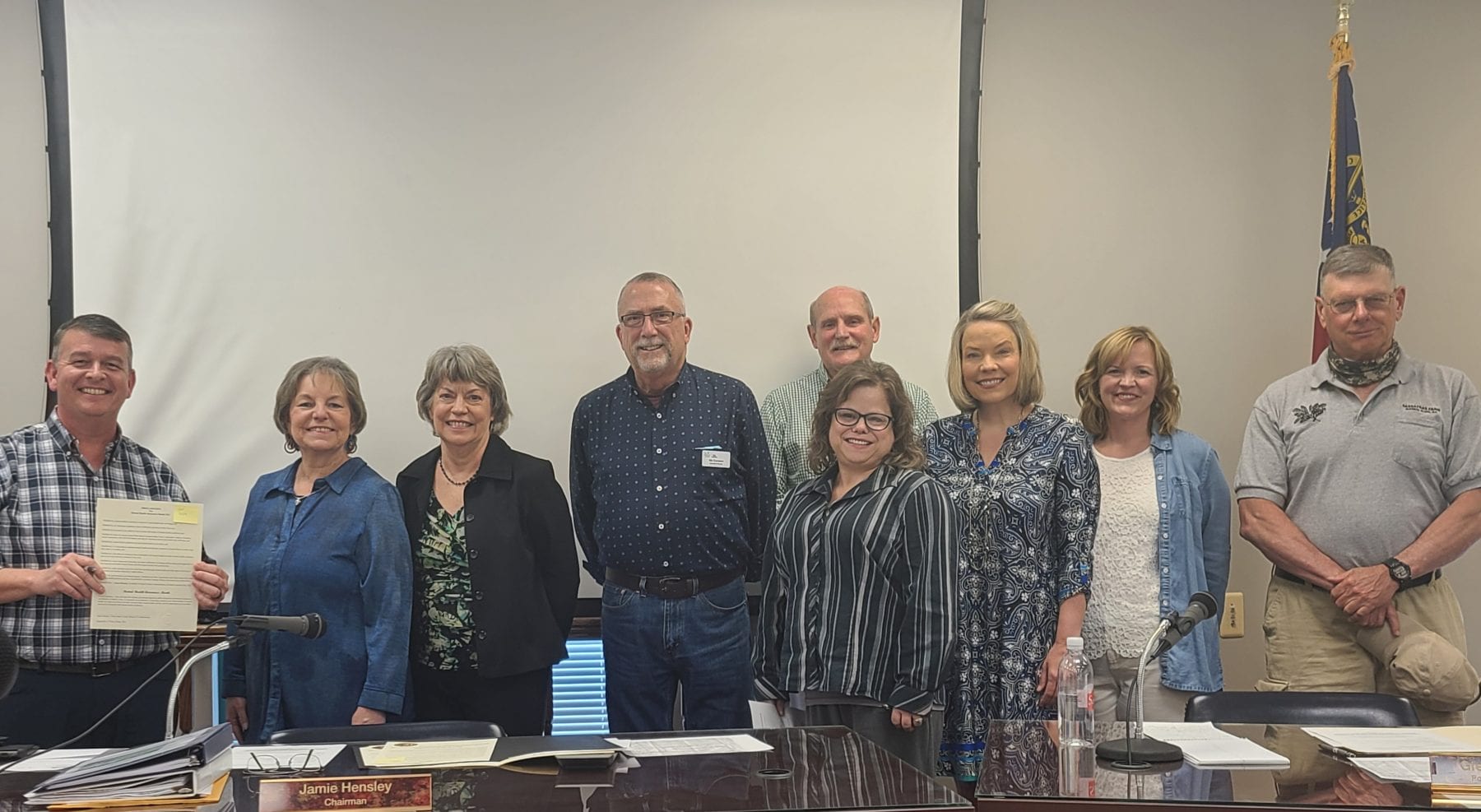 Mental Health Awareness Month began in 1949 by Mental Health America (MHA). Each year MHA presents a theme for the month. This year it continues on the Tools2Thrive theme from 2020 and  “providing practical tools that everyone can use to improve their mental health and increase their resiliency regardless of their personal situation.”

The tools provided pertain to:

MHA’s website offers several mental health checks and tests for anyone wanting to gain a better understanding of themselves.

Zack Ratcliff was reappointed to the Water Authority Board by Post One Johnny Scearce.

The purchase of a used trackhoe for the public works department was approved for $57,700. The used model is a K2057 with 104 hours on it. SPLOST money will be used for the purchase.

Four bids for the new 911 radio console system were received and opened. The issue was tabled for two weeks to give everyone time to review the bids.

The statistics were shocking. A 2014 study by the Veterans Administration (VA) found that 22 veterans were taking their own lives each day in the U.S. A follow-up study published last year found that although suicides among veterans were decreasing, there was still an average of 20 veteran suicides each day. The latter study also found that while veterans accounted for only 8.5 percent of the U.S. adult population in 2014, they accounted for 18 percent of all deaths by suicide.

While it can be easy to assume veterans’ experiences in the wars in Iraq and Afghanistan – in which thousands of young adults experienced physical and psychological injuries – were driving these tragic numbers, it is more complicated than that. In fact, the 2016 report found the majority of veterans dying by suicide – 65 percent – were aged 50 and older. The VA concluded the overall risk for suicide among veterans was 21 percent higher than for civilian adults.

Psychologists have long known that mental health disorders, including major depression and other mood disorders, are associated with an increased risk of suicide. And although not everyone that attempts suicide has mental illness, the vast majority – by some estimates, 90 percent – of individuals that complete suicide suffer from a mental health disorder.

There may be several conclusions that can be drawn from these reports, but a primary one is that many veterans are in need of mental and other behavioral health services. In addition, it would seem, many veterans are not receiving the services they need to successfully deal with the psychological effects of their military service – whatever those may be and however they occurred.

As the number of veterans in need of mental health services – and healthcare services in general – surged with the wars in the Middle East, the Veterans Administration found itself overwhelmed. In order to help meet the needs of these and other veterans, the VA began partnering with local healthcare providers.

In Georgia, the Atlanta VA Medical Center partners with Highland Rivers Health to provide behavioral health services for veterans – and Highland Rivers has become one of the largest providers of these services to veterans in the state.

As a VA partner, Highland Rivers is able to provide services to veterans who have VA healthcare benefits. But all of our services are available to veterans, even those that do not have VA benefits or are uninsured.

Highland Rivers has worked to tailor our services to the unique needs of veterans as well, and several of our therapists are STAR-certified behavioral health providers (meaning they have completed intensive training developed by the Center for Deployment Psychology to meet the deployment-related psychological needs of veterans and their families).

Currently, Highland Rivers provides a variety of services specifically for veterans, including outpatient counseling for PTSD (post-traumatic stress disorder), prolonged exposure and military sexual abuse. We also offer PTSD and veteran peer support groups, so veterans can learn from others who have had similar experiences and can relate to their challenges.

Although there is no easy solution to the problem of veteran suicide, it is critical that veterans receive the mental health treatment services they need to help them recover from trauma, depression, mood disorders or substance use disorders associated with their service.

Highland Rivers believes that recovery is always possible and that no veteran should feel the only choice is to end his or her life. Highland Rivers is close by and ready to help. For an appointment, call us at (800) 729-5700 or speak with your VA case manager about receiving services from Highland Rivers Health. 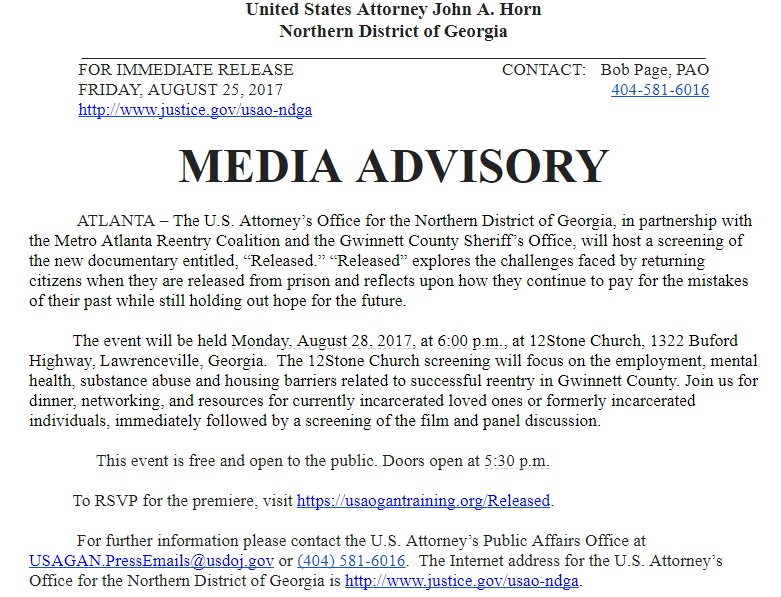 “It’s my privilege to join the House in supporting the unique wellness needs of these men and women. They continue to invest in making our communities safer, and the Law Enforcement Mental Health and Wellness Act invests in providing practical resources to support officers in their work.”

WASHINGTON—Today the House of Representatives passed H.R. 2228, the Law Enforcement Mental Health and Wellness Act of 2017, by voice vote. Rep. Susan Brooks (R-Ind.) introduced the bill, and Rep. Doug Collins (R-Ga.) is an original co-sponsor of the legislation.

The Law Enforcement Mental Health and Wellness Act addresses the challenges inherent to police work. The bill would require the Department of Justice to work with the Departments of Defense and Veterans Affairs to develop tools that local law enforcement could use as they improve the mental health resources available to police officers. In addition, the legislation would establish grant opportunities for programs, research and training focused on delivering mental health support to law enforcement agents.

“As the son of a Georgia State Trooper, I never forget that members of the law enforcement community voluntarily enter dangerous, stressful situations each day, and they do this for the sake of their neighbors.

“It’s my privilege to join the House in supporting the unique wellness needs of these men and women. They continue to invest in making our communities safer, and the Law Enforcement Mental Health and Wellness Act invests in providing practical resources to support officers in their work,” said Collins.

H.R. 2228 will proceed to the Senate for consideration. 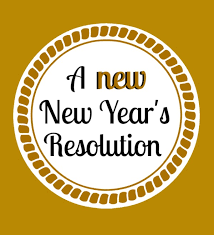 One of people’s most common New Year’s resolutions is to get healthier. Although this can often take the form of vowing to lose weight, the behaviors associated with weight loss – eating less fat, more fruits and vegetables, and increasing physical activity – help improve overall health as well.

But as much as we want to improve our physical health, one area that is often overlooked is mental health. A growing body of research suggests there is an important relationship between the body and mind – and that being physically healthy can have the added benefit of improving mental well-being.

One of the most common – but often overlooked – factors that can impact health is stress. Although not all stress is bad, the negative effects of too much stress can be substantial over time. According to the National Institute of Mental Health, continued strain on the body from routine stress may lead to both physical and mental health problems, including heart disease, high blood pressure and diabetes, but also depression and anxiety disorders.

Other studies have found people living with chronic physical conditions can experience emotional stress and chronic pain, which are both associated with developing depression and anxiety. In fact, the Canadian Mental Health Association found people living with chronic physical health conditions experience depression and anxiety at twice the rate of the general population.

But while poor physical health can have a negative impact on mental health, the good news is the opposite is also true. And if you have vowed to improve your physical fitness in the New Year, you may notice mental health benefits as well.

The U.S. Centers for Disease Control and Prevention reports that regular physical activity can reduce the risk of depression, while also helping to keep thinking, learning and judgement skills sharp as people age. Although people will gain the most benefit from exercising three to five times a week for 30 to 60 minutes, research has found there is a health benefit – physical and mental – to almost any type of physical activity. Even something as simple as walking can enhance your mood.

Doctors have known for years that physical activity stimulates the production of chemicals in the brain called endorphins, which help relieve stress and improve mood. In addition to these and other benefits of exercise (such as losing weight and reducing the risk of heart disease, diabetes and some types of cancer), physical activity can help people feel better about themselves, boosting confidence and self-esteem.

Other behaviors known to enhance physical health can also have a positive impact on mental well-being. For example, eating nutritious food, not smoking or using drugs (including not drinking alcohol to excess) and getting enough sleep can help improve mood and mental functioning while also reducing the risk of serious chronic disease.

Of course, there are many factors that can impact mental health – including heredity, trauma, brain injury and addiction, among others – and not all are preventable. Nor does living a healthy lifestyle guarantee an individual will never have mental illness. Still, good physical health may help reduce the risk of mental illness, help alleviate symptoms and is an important part of mental health recovery. That’s why doctors treating mental illness almost always recommend exercise as part of an individual’s recovery plan.

Best wishes for a happy and mentally healthy New Year!

Melanie Dallas is a licensed professional counselor and CEO of Highland Rivers Health, which provides treatment and recovery services for mental health, addiction and intellectual developmental disabilities in a 12-county region of northwest Georgia.