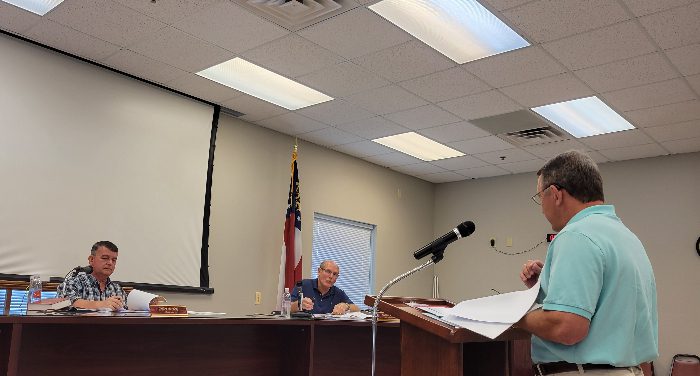 “The closest swimming facility is in Blairsville and it’s owned by the hospital,” Panter said of the lack of a comparable facility in our area. He did point out that currently the City of Calhoun in Gordon County has an aquatic center but that it is aging.

Some students from the Fannin County School System make several trips a week to utilize the Calhoun facility for aquatic sports, which is a 2 hour round trip.

There has been recent discussion of Fannin County putting in a splash pad for residents. The splash pad at Meeks Park in Union County was brought up as a comparison for price. The Meeks Park splash pad was installed in 2016 with an approximate cost of $360,000.

Panter also noted Lincoln County’s splash pad with a price tag of $156,000, “The reason it was so cheap was because they filled in their pool. They already had a bathroom facility and sewer.”

The City of Blue Ridge had looked into a similar possibility of a splash pad, due to the costly repairs needed at the city’s current outdoor pool.

Panter pointed out that the current city pool repairs could have a price tag of over $100,000 and would only be able to be used three to four months each year.

The proposed aquatic center could incorporate a splash pad, along with a heated indoor pool and a health club.

A similar plan for an aquatic center has recently been approved in Lumpkin County.

“This state-of-the art facility will not only have indoor and outdoor swimming, but will also have a lazy river and splash activities for children, outdoor rental spaces, and a therapy pool for those who desire low impact exercise or need rehabilitation after illness or surgery.”

The cost of Lumpkin County’s new endeavor is roughly $8 million, which Panter projects Fannin County to have a similar cost. Panter stated that the cost would not necessarily have to be a lump sum and that the project could be done in phases.

Using the current location of the Blue Ridge Farmer’s Market building could save at least $1 million in on site prep work according to Panter, “The city has no debt on that property whatsoever.”

Panter stressed that this was another reason that he felt an intergovernmental agreement between the three entities would best serve the community.

While no Commissioners seemed outright opposed to the idea of an aquatic center, concerns were expressed of the long term benefits, costs and responsibilities of such a facility.

Fannin County Commission Chairman Jamie Hensley stated that with a project of such magnitude being proposed, he wants to make sure it would be done correctly the first time and that it is truly something that would benefit the community in the long term.

“That Farmer’s Market has been sitting there for 10 years unused,” Panter answered Scearce’s questions, “We’ve spent over $100,000 in tax payers money on the Farmer’s Market just to keep it there.”

Brian Higgins, a long time proponent of bringing back Blue Ridge’s Farmer’s Market to the unused facility, spoke during public comments, “We are totally in agreement on the aquatic center. It’s the location that we have a difference of opinion on.”

Higgins pointed out that the Farmer’s Market is one of the few nostalgic properties left in the city limits and feels that the Rec. Center would be a more appropriate location.

Citing that it makes more sense to build an aquatic center where the county’s main sports hub already resides, Higgins also pointed out that the Rec. Center has much more land, giving Fannin County the option of expansion as need arises in the future.

Panter is hoping that a feasibility study can help point everyone in the right direction and clarify a lot of the uncertainties surrounding the proposed project.

The cost of a feasibility study could run around $75,000.

Blue Ridge, Ga. – A crowd gathered on the steps of the Fannin County Courthouse to witness the swearing in of new Post One Commissioner Johnny Scearce. 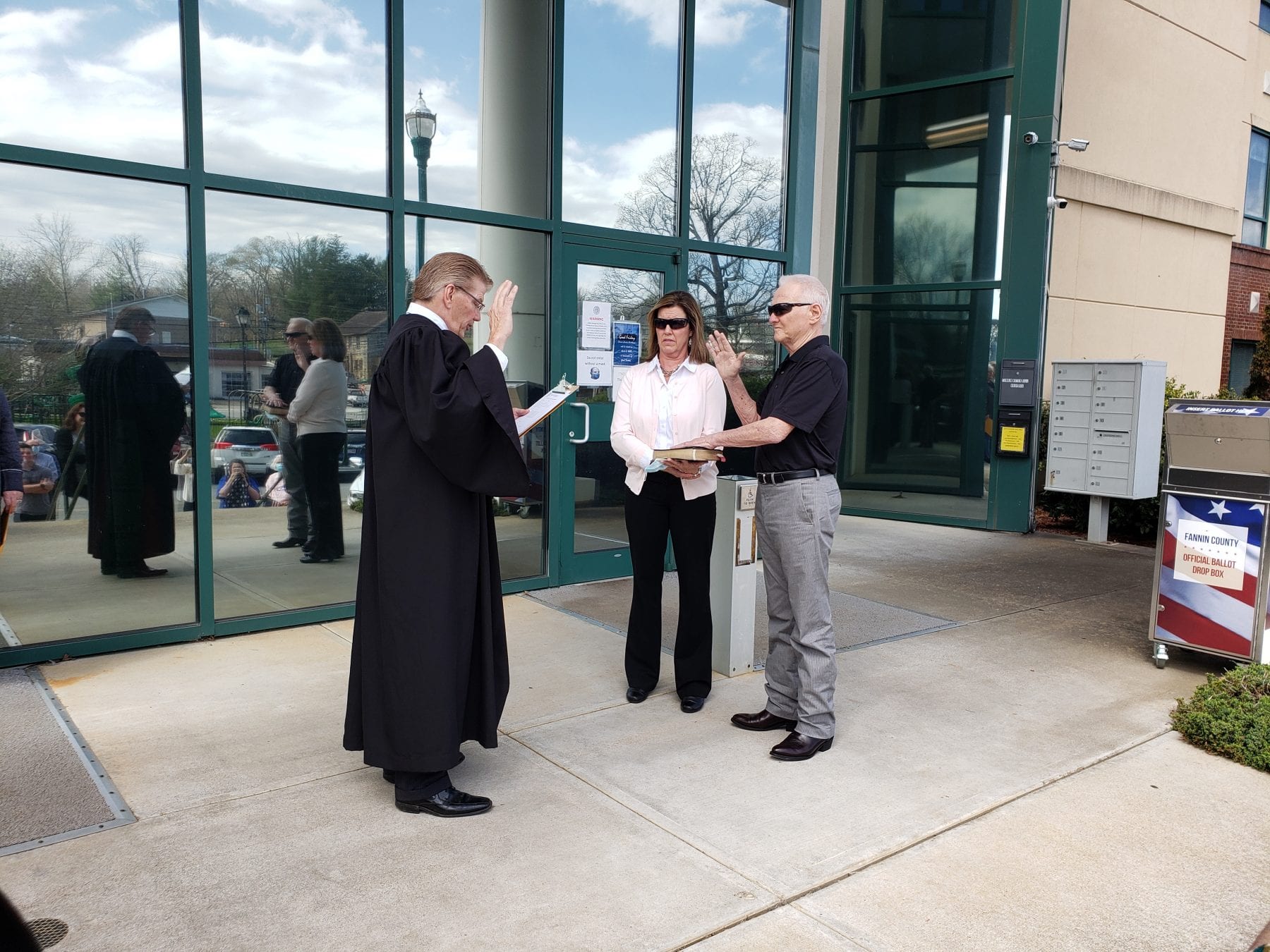 Scearce, who is currently the City of Blue Ridge Chief of Police, won the seat of Post One Commissioner in the November 2020 General Election. Due to a long battle with Covid-19, however, Scearce had remained unable to fill the position.

Probate Judge Scott Kiker was present for the swearing in and spoke of his personal connection with Scearce.

“He’s helped renew my faith more than once in my life,” Kiker said of their friendship and added of Scearce’s recent illness, “His faith was demonstrated. His courage has been demonstrated through a trial that he didn’t anticipate.”

“Your fortitude. Your courage is an inspiration,” Kiker spoke directly to Scearce.

With his wife Brenda by his side, Scearce took the oath of office.

Scearce showed his good spirits by letting everyone know that by signing his name he was in fact using a pen and writing for the first time since his fight against Covid-19. He joked after signing that nothing had changed, he was still bad at it.

Scearce addressed the crowd stating, “I want to thank my lord and savior Jesus Christ.”

Next Scearce thanked his wife Brenda, “She was with me from day one and that pulled me through.”

Lastly, Scearce gave a heartfelt thank you to the community for their love and support, expressing the blessing he felt being surrounded by everyone’s love: “I’m so proud of my community. I’m going to do my best to help everybody I can and to help Fannin County.”

Scearce, who’s also the Post One-elect for Fannin County, spent 94 days in the CHI Memorial Hospital in Chattanooga, Tenn. battling COVID-19 and related health conditions, including a collapsed lung and MRSA. Before contract COVID-19, he didn’t have any pre-existing conditions. The hospital released a video of Scearce’s honor walk upon being discharged. Nurses and doctors lined the halls to cheer him on.

He began therapy after leaving the hospital after spending four months either in a wheelchair or hospital bed. His rehab discharge date was February 3. 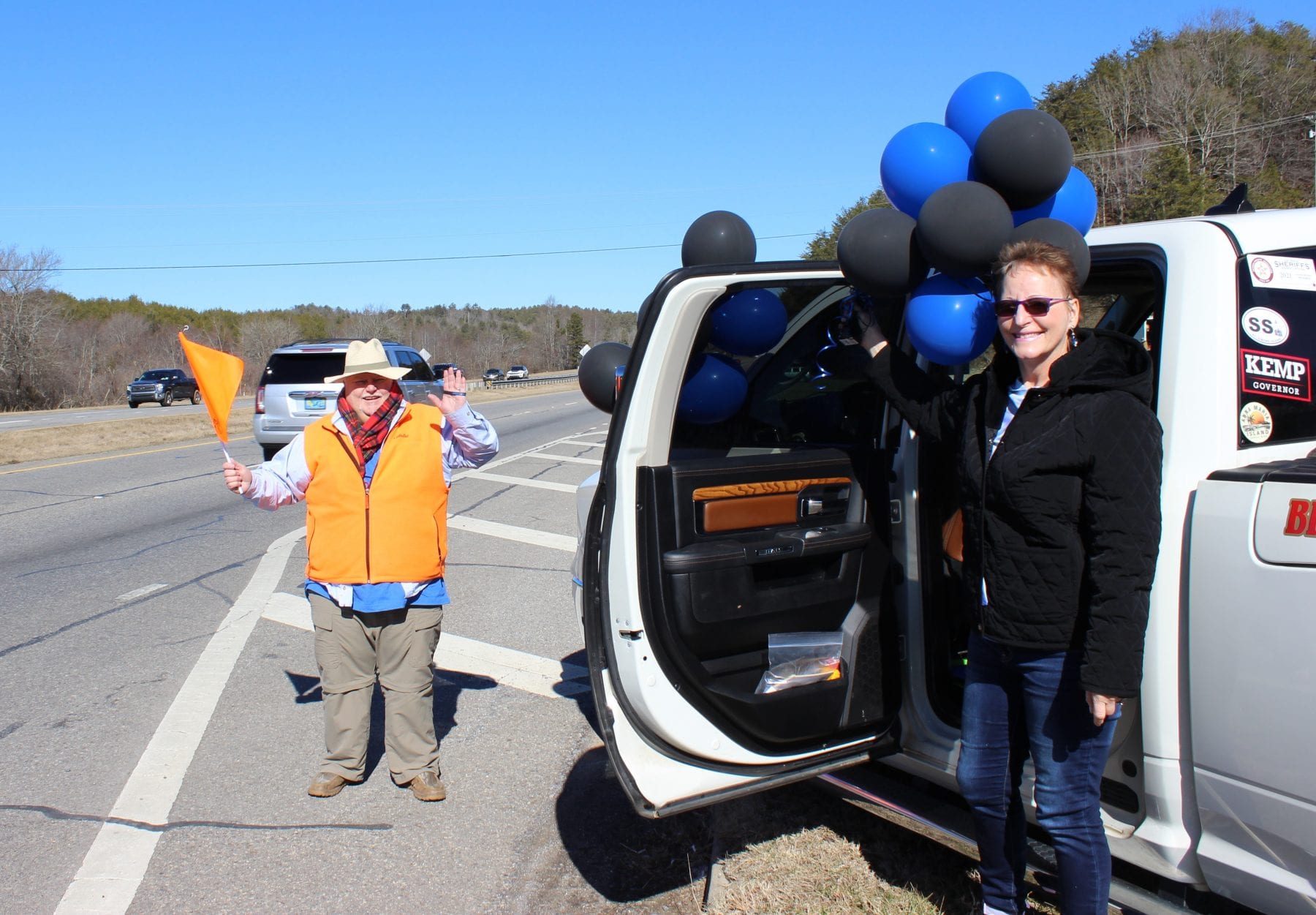 People turned out along 515 to support Scearce’s ride home. He received a police escort. The Blue Ridge and Fannin County community have stayed vigilant with their prayers for the police chief’s health. Prayer vigils and fundraisers were held for Scearce’s wellbeing.

The neighborhood took to social media to share in the joy of Scearce returning home. Speaker of the Georgia House and Fannin Representative David Ralston even commented about the event.

“Many prayers were answered today when City of Blue Ridge Police Department Chief Johnny Scearce came home. Chief Scearce’s battle with complications from the Covid-19 virus has been long and challenging. Through it all, he has fought bravely — as we would have expected. Our City of Blue Ridge, Georgia community, has demonstrated again its goodness with an outpouring of prayers and support for Johnny, Brenda, and the entire family. Chief, we are all happy beyond words today. Welcome home!”

Scearce’s still on the road to recovery, but returning home will indeed prove to be a great motivation and healer for him. Those interested in helping the Scearce family cover medical expenses can donate to an established GoFundMe. 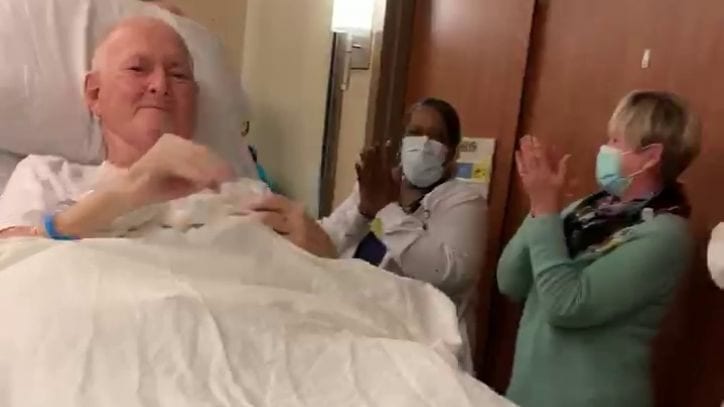 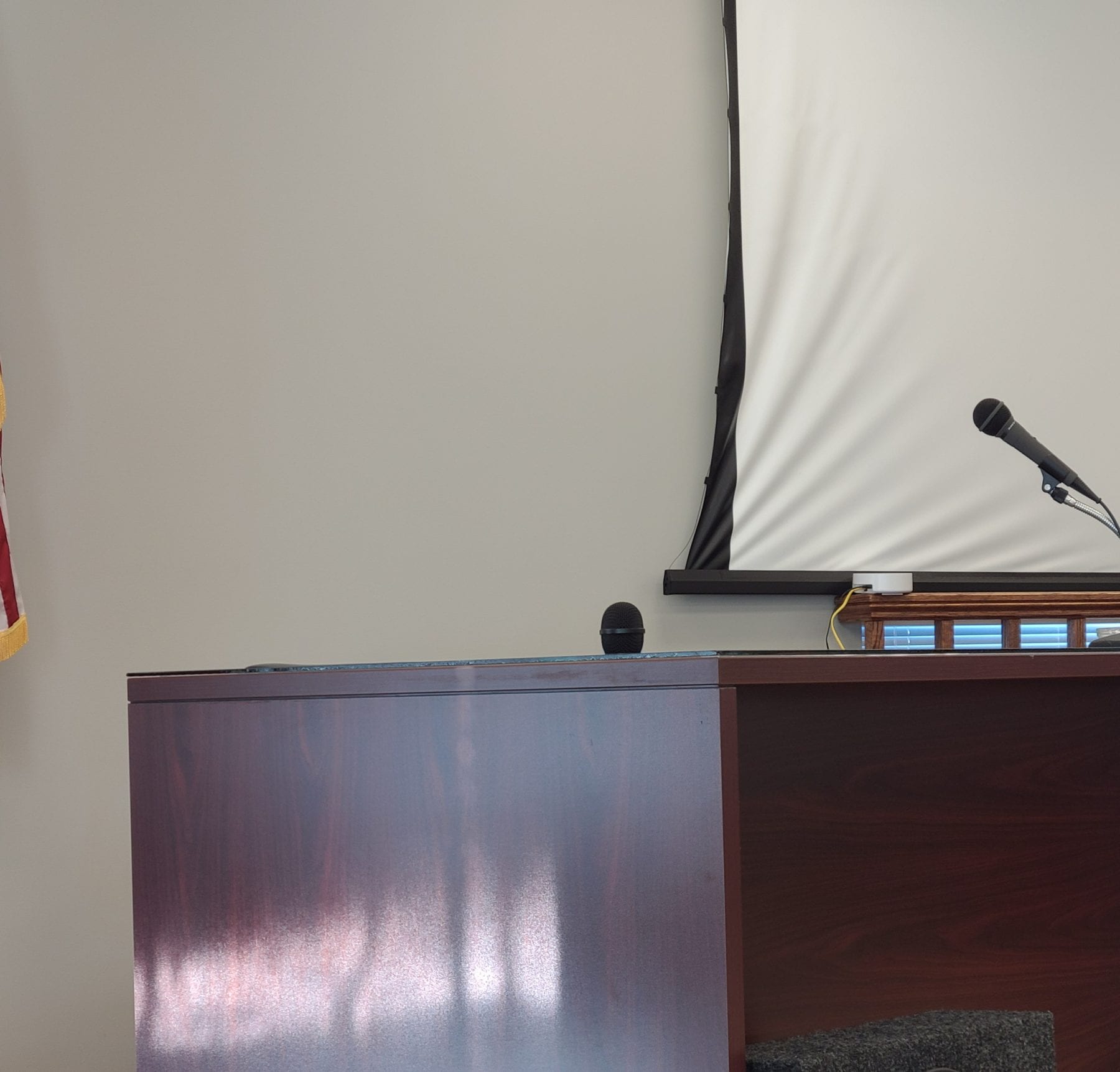 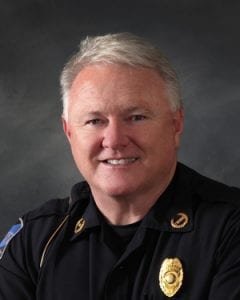 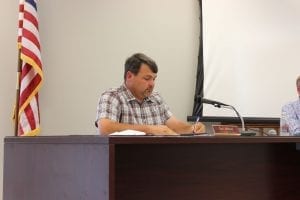