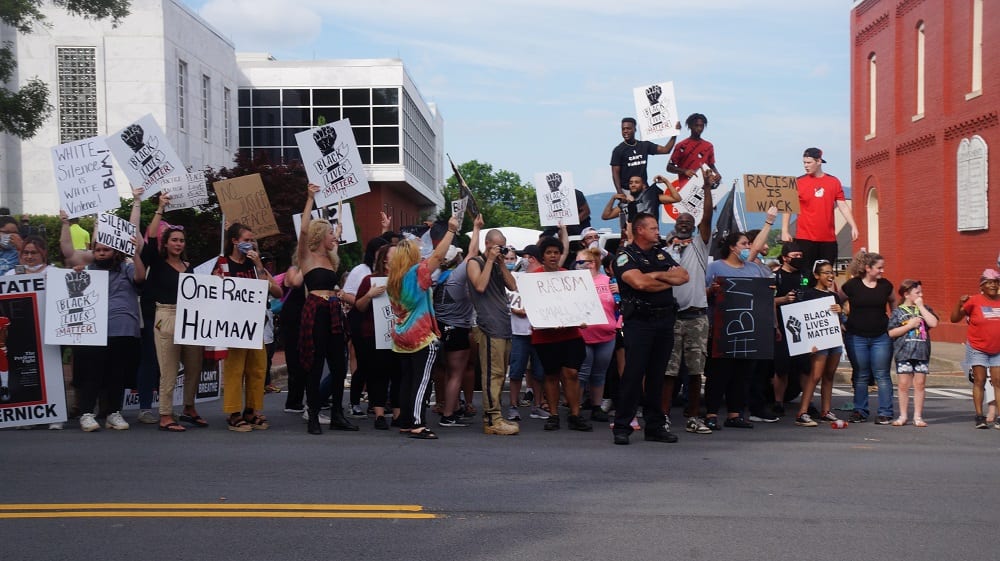 JASPER, Ga. – Protesting continues across many North Georgia counties as demonstrators rally in the wake of media reports on the death of George Floyd and other protests.

Tonight saw another of these rallies in the city of Jasper, Georgia, as police blocked off parking spaces and sections of side streets around the Pickens County Courthouse downtown. While some showed early and stood on the sidewalk with signs, it appeared like it would be a small turnout even after 4:00 p.m. passed.

However, less than twenty minutes later, a large group marched onto the lawn of the courthouse from the east, on Court Street. The march rallied into those already present swelling the numbers over a hundred strong.

Chants rang out of “Black Lives Matter,” “I Can’t Breathe,” and “No Justice No Peace” repeatedly as demonstrators held signs and cheered on as supporters would drive by honking.

Calling attention to a central point, protesters took a knee as they said it was to respect those present and to fight the “injustice” they were opposing. One of the first to speak, Jeff Samuel said, “What matters today is those of us standing here for equal rights and justice for all.”

Samuel said he was proud of Jasper and of those present at the protest standing for their beliefs.

Samuel led the push for more people to speak saying that all voices need to be heard. One by one, protesters stepped forward, taking the megaphone to speak to those gathered. Some spoke to counterprotesters as well. 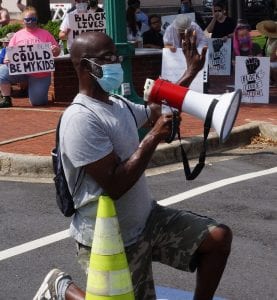 Most of those speaking spoke specifically about the Black Lives Matter movement, George Floyd, and racism in America. Others spoke about race in general and the importance of equality in the nation. Some spoke thanks to officers present that were protecting them and their right to gather and speak. Nearly an hour and a half continued with speakers stepping forward.

Eventually, the protest heard from the three organizers of the event, Mack Thomas, Kat Phillips, and Maxie Woodall.

Offerings thanks for those attending, Thomas said it was everyone’s support that helped make the day what it was. He pointed out Kat Phillips saying that she was the one who went to Sherrif Craig to make sure the protest was safe.

Woodall spoke saying that she expected a handful of people to show up and to have a small group of mostly teenagers present for the protest, but never could have expected the number and variety of people saying it was “awesome.” She spoke about the names of victims, the names of black people who have died from police brutality.

Phillips offered one statement saying, “We are going to make a change.” 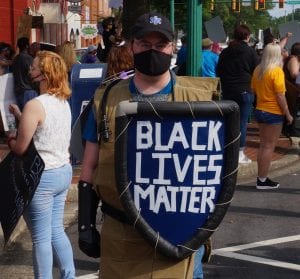 Some protesters split into a separate group playing music and dancing on Depot Street and offering more chants for the rally, moving to another end of the courthouse lawn.

Counter-protesters also came to the event, chanting and waving American Flags, Trump Flags, and one man playing the bugle in opposition to those speaking. However, the few that remained after the rally declined to speak directly on camera to address the counter-protests and their message.

Speaking after the rally, organizers Mack Thomas, Kat Phillips, and Maxie Woodall offered a few extra words to FYN about organizing the event and their interactions with police leading up to it.

Phillips said her experience with organizing with the police was a positive one saying, “They were so nice about it and the way he organized everything as our right was really nice. Craig actually did a wonderful job helping me with this.”

A sentiment echoed by Sheriff Donnie Craig who said he was pleased with the crowd and the way things unfolded at the event. Addressing online comments about needing permission, Craig said that the county and the city do not have a permit process, but that the opportunity to touch base with protesters about the event and their desires allowed him to better coordinate and work with demonstrators and their rally. 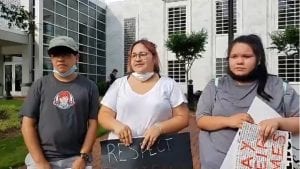 From left to right, Mack Thomas, Kat Phillips, and Maxie Woodall speak about organizing the protest and the turnout in Jasper, Georgia.

Handing out fliers and continuing along, the final moments of the protest were spent dancing with music played from one protester’s truck before dispersing peacefully for the night.

However, organizers said this would not be the end. Thomas said that the next step is continued talks with Craig and with officers, “We can’t do anything about racism unless something happens with the law.”

Thomas said that speaking to those with hiring abilities in these departments will express the people’s desires in their police force.

All three agreed that more protests could come until they are heard and a change comes.