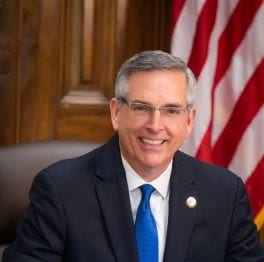 ATLANTA, Ga – Georgia Judge issued a restraining order against destroying any software or data from Dominion voting machines in three counties. Secretary of State’s office continued to stand by the integrity of the election.

On November 29, Judge Timothy Batten Sr. released a court order against the wiping or altering of any Dominion software or data by local board of elections. The ruling appeared to apply to all 159 Georgia counties. A few hours later, he rescinded that order; then, at 10 p.m., Batten issued another order that prohibited destroying any software data in Cobb, Gwinnett, or Cherokee counties for ten days. The third order states that the defendants argued the secretary of State has no lawful authority over local elections officials. Defendants changed their request only to include Cobb, Gwinnett, and Cherokee.

On Monday, November 30, Judge Batten clarified his position, citing that an appeal may result in the litigation’s termination due to “substantial ground for difference of opinion.”

Batten also issued a court hearing set for Friday, December 4 at 10:00 a.m. Governor Brian Kemp, Secretary of State Brad Raffensperger’s legal team have until Wednesday, December 2, to file their opposition brief. The plaintiff’s reply will be due by Thursday, December 3.

Secretary of State’s Press Secretary explained how the paper ballot system prevents data from being lost or altered.

In 2020, Georgia moved to a paper ballot system and away from electronic voting to improve system accountability. Voters can now review their paper ballots before casting them into the counter machine. Yes, individuals still make selections digitally, but the paper form serves as the final ballot. Their votes aren’t processed until they insert their ballot into the counter machine.

During a recount, counties need paper ballots to reassess the election results.

However, elections officials must reset the counter machine for Georgia recounts. It’s part of the system to ensure that the number of ballots cast matches the number processed. For instance, if they have a stack of 100 paper ballots, the machine also needs to count 100 votes. If the device doesn’t match up, officials receive an error message and can’t proceed until it’s resolved.

Raffensperger announced on Monday that his office is investigating credible voter fraud claims, such as in Gwinnett County. There’s an accusation that the number of absentee ballots, not match the number of absentee ballot envelopes. Gabriel Sterling went on to confirm that they have 250 voter fraud investigations underway. Several of those center on Fulton, Gwinnett, and Cobb counties.

Read more about the election law investigations launched by Raffensperger in Georgia.

Instead of using the central server for the presidential recount, Fulton county decided to use a logic and accuracy server – intended for the District 5 runoff taking place on Tuesday for Rep. John Lewis’s seat.
Dominion and the Secretary of State’s Office told Fulton County elections officials not to use the express server for the recount.

“A security measure flagged the process because timestamps were off, causing the server to crash and ultimately making it impossible to get the database,” he said.

Fulton must scan ballots again, which will take more time, but Sterling is hopeful that the Presidential election will be certified this week.

“It has nothing to do with servers being wiped. Nobody directed that. That’s just a lie. It’s made up out of whole cloth. And it is the kind of stuff we are having to deal with,” Sterling said.

He blamed Fulton for causing “rampant speculation” by failing to inform the public and the media of what happened.