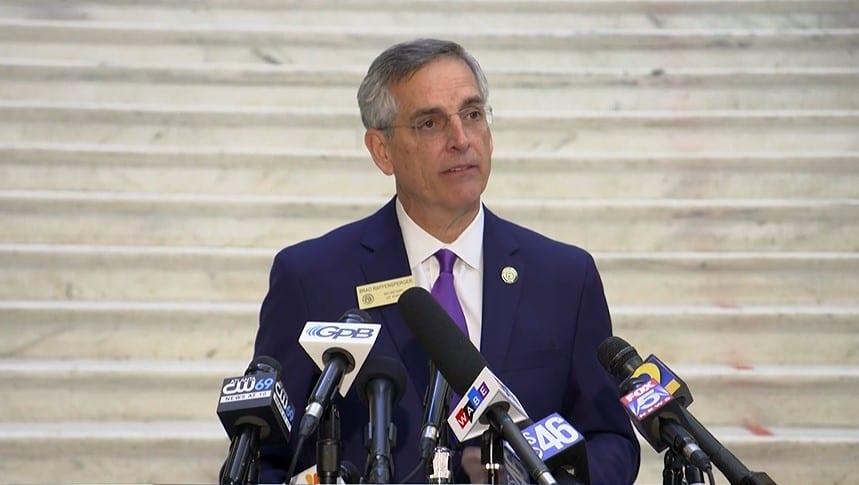 ATLANTA, Ga – Secretary of State Brad Raffensperger announced on Monday, November 30, that his office would be investigating third-party groups attempting to register voters in Georgia.

“America Votes has sent absentee ballot applications to people at addresses where they haven’t lived in more than 25 years, while Vote Forward tried to register a dead Alabama woman to vote in Georgia and the New Georgia Project sent voter registration applications to New York City,” Raffensperger said.

He addressed how Operation New Voter Registration Georgia targets college students and encourages them to change their registration status for the January 5, 2021 runoff. Afterward, the students can change their address back to their home state.

“Voting in Georgia when you are not a resident of Georgia is a felony, and encouraging college kids to commit felonies with no regard of what it might mean for them is despicable. These third-party groups have a responsibility to not encourage illegal voting. If they do so, they will be held responsible,” he added.
College students can move their registration if they want to do so, but if it’s just for the election, it’s a felony.

“If they chose to be here, after the fact. It’s really part of a state of mind, but if they chose to do this then switch it back right after that’s very specific, that is literally the definition of the felony we are discussing,” Secretary of State Voting System Implementation Manager Gabriel Sterling explained.

Raffensperger furthered that his office will protect the voting rights of legal voters in the state.

“Anyone telling you to boycott an election is not on your side. Your right to vote is sacred, don’t’ let someone con you out of it,” the Secretary of State finished.