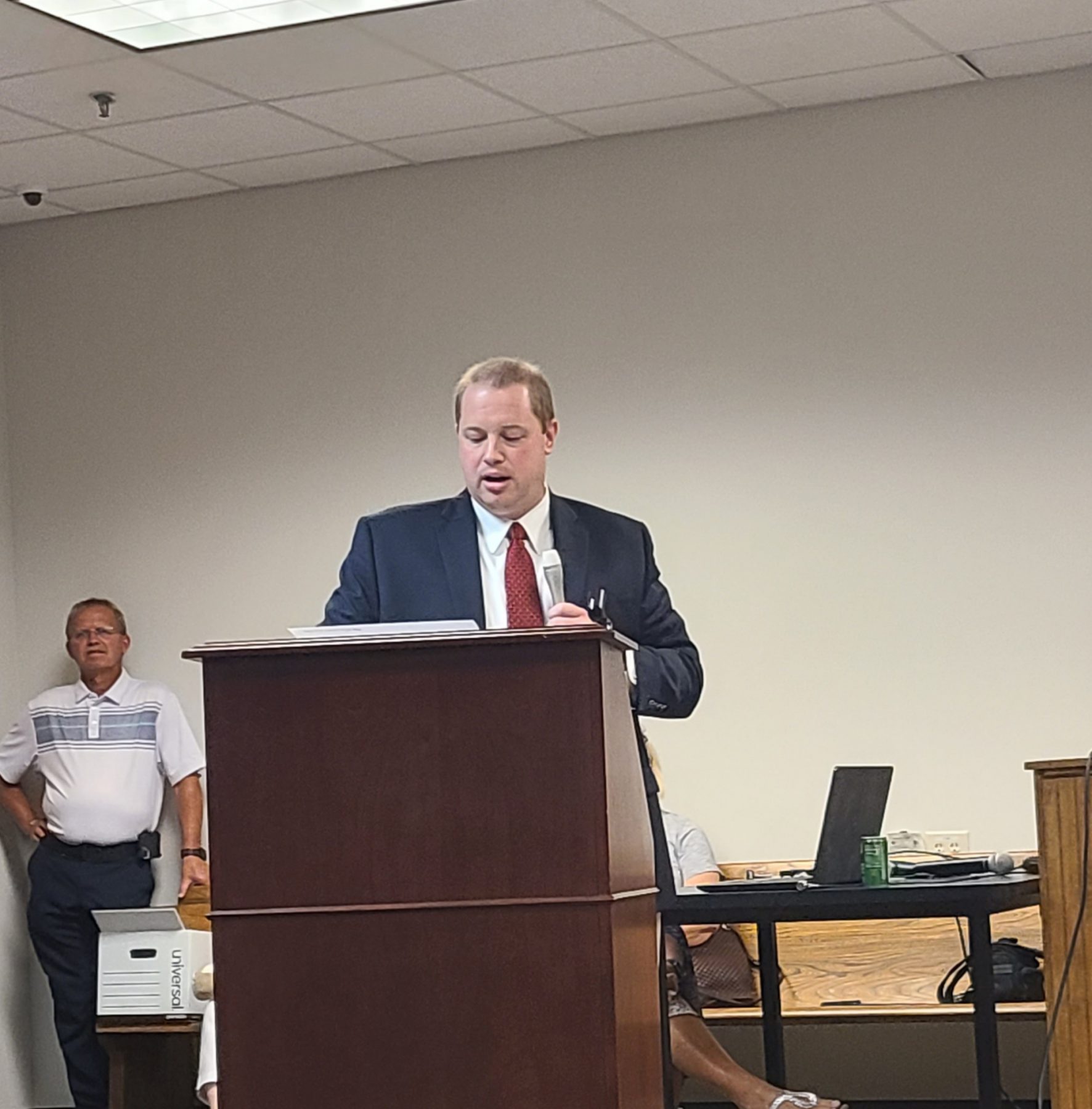 “I do have great news, this is real riveting information this audit, so I’m glad you joined us,” Pilgrim told the large crowd. He also thanked all county officials for their help.

“For the year, there was an increase in net position, revenues exceeded expenses by $5,505,303. The largest reason for that increase was some operating grants and contributions that were received and sales tax increases as well with a lower expense increase overall,” Pilgrim stated. 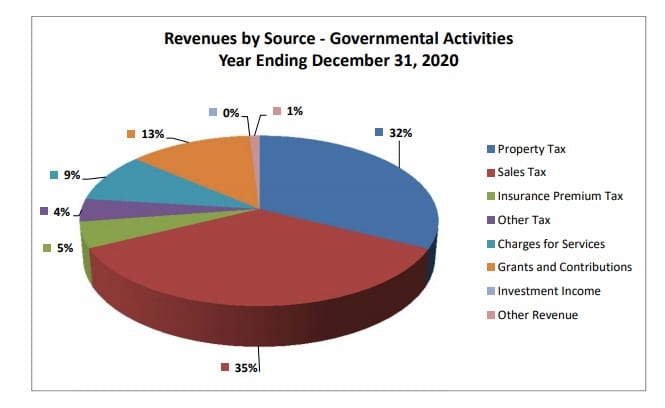 2020 audit revenues by source. Sales Tax was the largest at 35 percent and property tax came in second at 32 percent.

“[LOST increase] is a trend we’re seeing across the mountain areas of the state with sales tax. Folks moving this way or spending time up in the mountains with the pandemic that took place last year,” Pilgrim added.

The property tax line includes the last seven years of digest, any collections paid in 2020, and assessments.

One area of expenditures decreased and that was highways and streets which were under by $583,708 also for personal services. 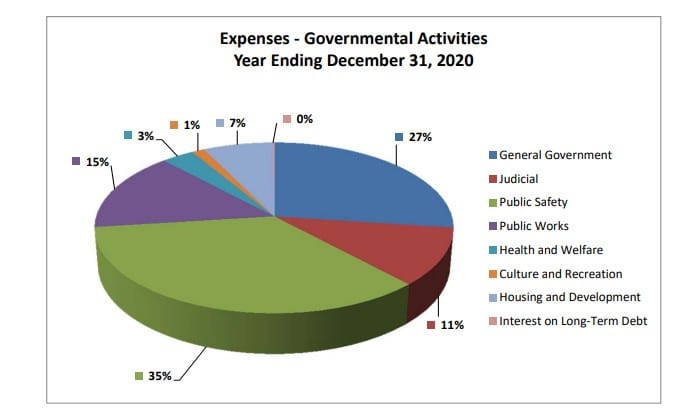 2020 audit expenses Public Safety was the largest at 35 percent and general government came in second at 27 percent.

“It does typically reduce the need for other taxation,” Pilgrim commented because it goes toward capital projects.

However, SPLOST doesn’t go toward the operational costs. TSPLOST has a little more room concerning the operation of roads and bridges. 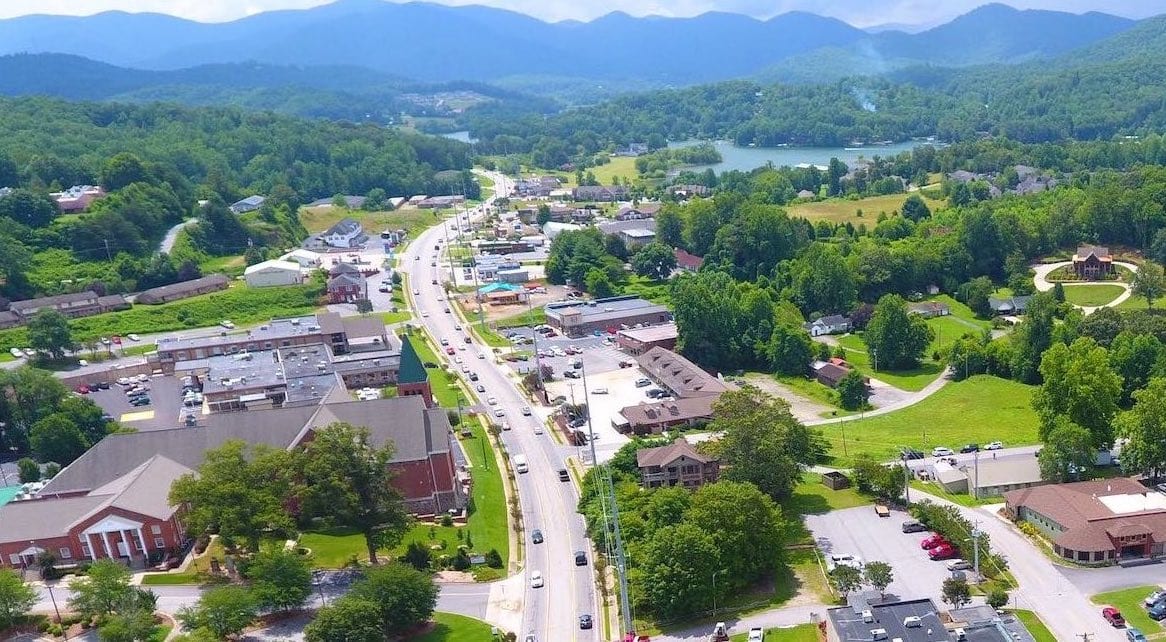 HIAWASSEE, Ga – Rushton and Associates gave the city of Hiawassee a clean or unmodified opinion for their 2020 audit. It’s the second year in a row that Hiawassee received this rating.

The following revenue areas decreased for the year:

On the expenditure side, the administration increased by $82,997 due to capital outlay.

The unassigned fund balance grew from 2019 to 2020 to $389,653 or 47.6 percent of expenditures. The city has 5.1 months of operating expenses on hand in case of emergencies. It’s recommended to keep at least three months of expenditures stored away. 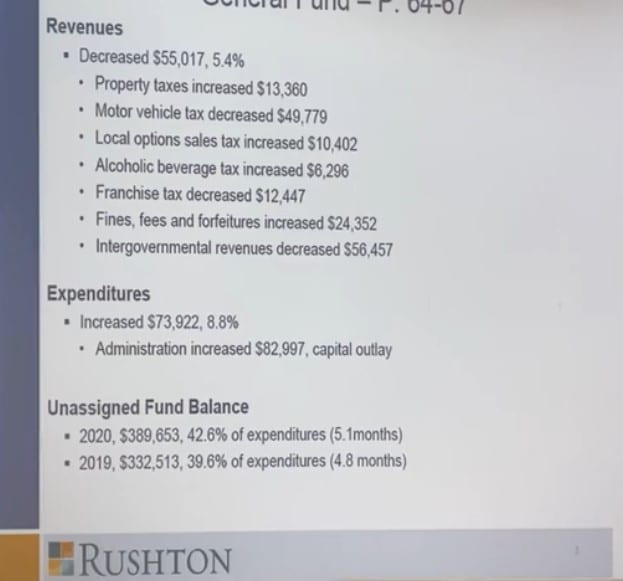 The water and sewer operating revenue grew by $279,015 (14.4 percent).  $114,559 came from a payment made by the water treatment plant. According to Rushton and Associates CPA Chris Hollifield, the remaining amount, $164,456 came from revenue growth. 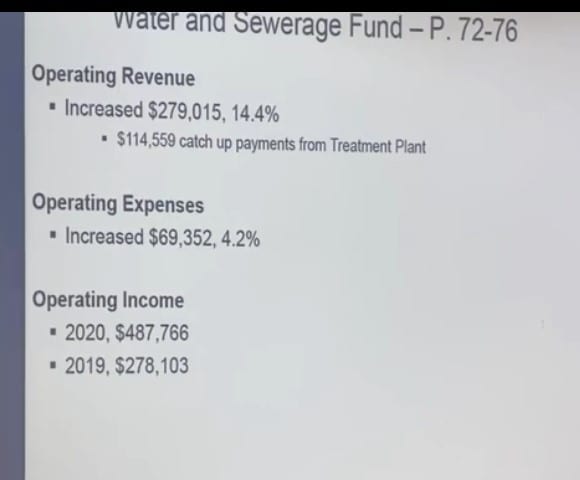