JASPER, Ga. – Pickens County could be seeing another chapter in its ongoing Superintendent troubles over the years after a three-hour-long meeting was held almost entirely in Executive Session.

On January 16, 2021, the Pickens County Board of Education held a special called meeting posted to host both an Executive Session and General Discussion items on the Agenda.

During the meeting, it was said that the general discussion was originally put in to discuss a different topic. However, some citizens present said they were present to “show support” for Superintendent Dr. Rick Townsend. 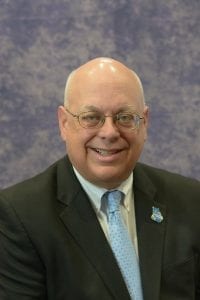 While the Board of Education spent almost all of the three hours in Executive Session, Dr. Townsend was not present for a large part of the meeting as he was seen exiting the room where the executive session was being held.

The only results of the meeting that were publicly stated as the Board returned from their executive session was the calling of yet another Special Called Meeting for this Monday, January 18, 2021.

However, sources have messaged FYN saying they are expecting the School Board to be dismissing or firing Dr. Townsend on Monday.

The board said in their Friday meeting, “We will have a Called Meeting on Monday at 3 p.m. It will be published over the weekend.” This means they will be meeting on Martin Luther King, Jr. Day, although there is yet to be an agenda or meeting placed on the Pickens Calendar on their website as of the writing of this article.