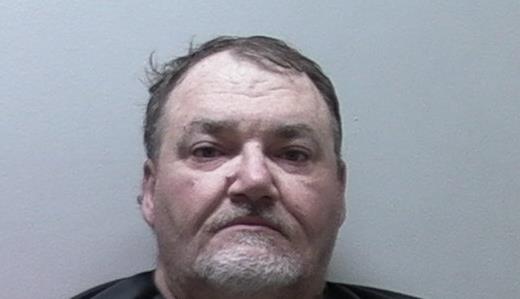 DAWSONVILLE, Ga. – Carl Cox, a former Dawson County schools bus driver, was arrested on Oct. 1 with warrants for simple battery and cruelty to children first degree, the latter of which is a felony charge.

The warrants were issued after an incident occurred on September 27 when Cox allegedly hit a 7-year-old student and also hit the student with the child’s own belt.

The father of the child, Daniel Hensley, said that he was horrified to learn of what happened.

“My son is seven years old…he was playing with his belt and the bus driver told him to stop and he continued to play with his belt. That’s when the bus driver pulled the bus over, took the belt from him, pushed his head up against the seat and hit him with the belt a couple of times…pushed him up against the window and backhanded him across the face and hit him in the side,” Hensley said.

The student normally rides the bus from Dawson county to his school in Cornelia.

Hensley said that his son had been riding that bus and, up until now, nothing like this has ever occurred as far as he is aware.

Hensley said he was first informed of the incident by the school calling and saying that his son had a rough morning and had to be removed from the bus.

He continued and said that the school said he was playing with his belt and asked how his morning was with them but failed to mention that Cox, the bus driver, had hit him for playing with the belt.

“After the school called, it did not make sense to me, so I called the bus driver to ask what had happened and he said ‘well, [the student] was slinging his belt around and Daniel, I took it from him and I whooped him with it. I am ready to suffer any consequences that may come of it…it was the heat of the moment’,” Hensley said.

Cox was arrested on Oct.1 but has since been released on bail.

A representative from the Dawson County School System said that the board of education accepted Mr. Cox’s resignation on Oct. 5 but did not comment further.

Hensley said that he hoped this would not ever happen to another student or parent again.

“I want people to know what kind of bus drivers they are hiring and who these people are.”