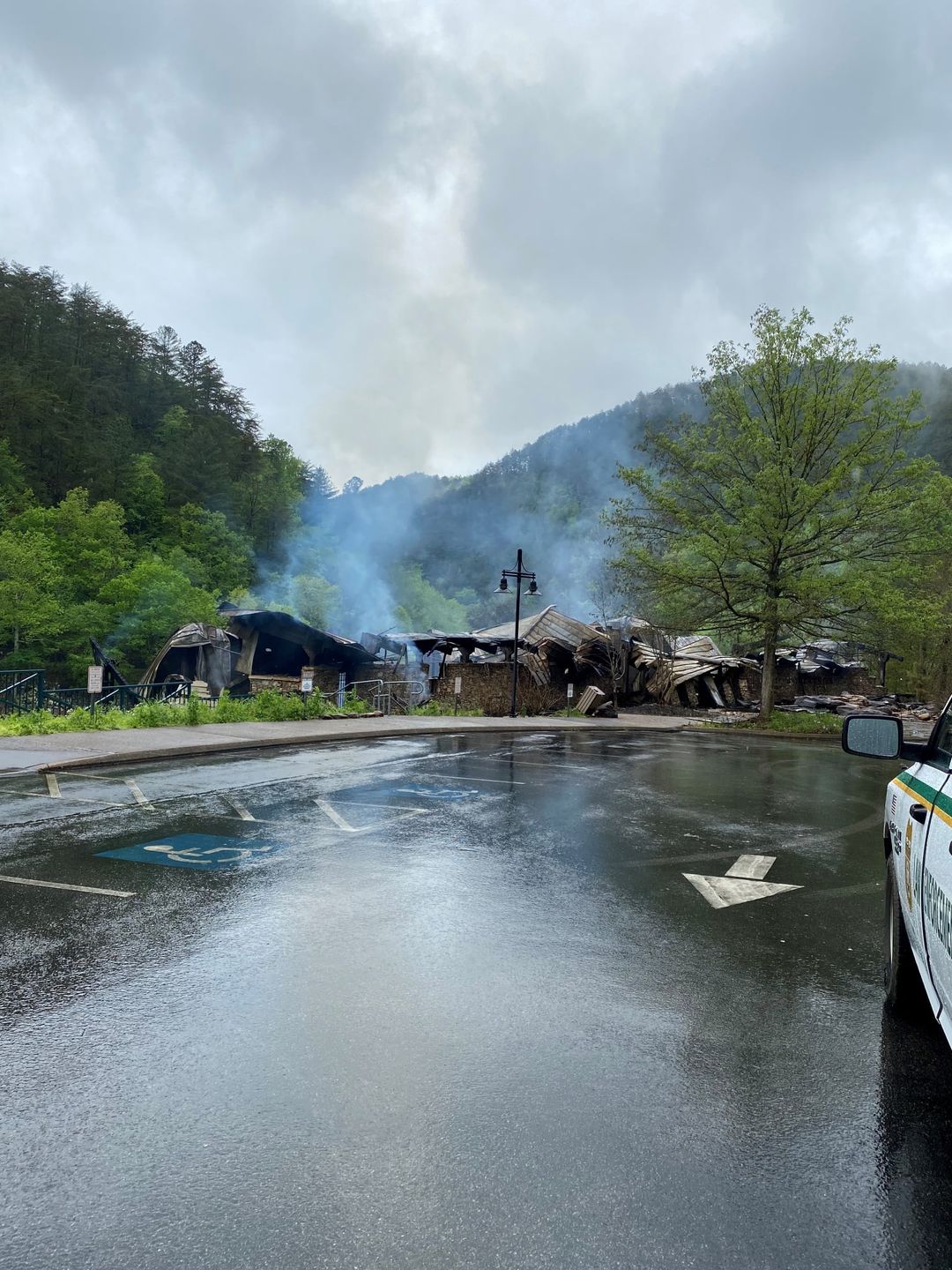 POLK COUNTY, TN – The site of the historic Ocoee Whitewater Center caught fire and was destroyed early this morning after a suspicious fire broke out last night and many are feeling the heartbreak of this devastating news.

Despite many attempts to stop the burn, the building has been deemed completely destroyed and Polk County Deputy Sheriff, Tyler Nelms, said that it is a huge loss for the community.

“I’m at a loss for words tonight…The Ocoee Whitewater center is a complete loss. One thing that our county was proud of is now gone. The Olympics of 1996 will always be apart of Polk County History but the OWWC was a big part of that as well!,” said Nelms. 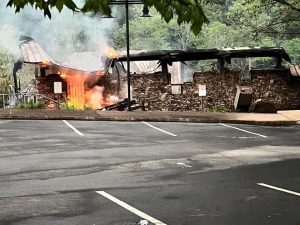 The Tennessee Bureau of Investigation (TBI) is currently investigating the incident and has been active on the scene since this morning.

Sheriff Steve Ross reported that the TBI will include special agents from their bomb and arson division to investigate the cause of the fire, although he is not aware of any sounds of explosions being reported, the cause remains unclear.

The events that led up to the fire remain in question and has raised more concern after it was reported that East Polk Fire Captain told a news crew at the scene that ‘multiple crews were working overnight on a tractor-trailer fire on Highway 64’.

He continued by saying that by the time crews were notified of the Ocoee Whitewater fire, the building was far from saving and it was only a few miles away from the tractor-trailer fire.

This has led many locals to question if it was planned.

Brian Keith, from Cleveland, TN, wrote on Facebook and suggested the whole event was tragic but it raised some eyebrows. 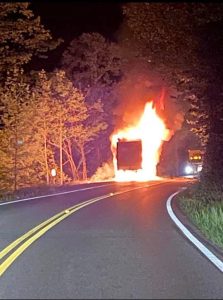 Photo from: Brian Keith
The tractor-trailer on fire.

“last night there was a Dollar General tractor trailer fire at mile 314 on Hwy. 64 shutting down the roadway, then 30 minutes into that fire, with the entire West and East Polk County Volunteer Fire Department tied up on the tractor trailer fire, the Ocoee Whitewater Center, 3 miles away, was reported as fully on fire. Was this the work of an opportunistic arsonist seeing the entire fire department was tied up and couldn’t get to the Whitewater Center before it burned down?,” wrote Keith.

The Tennessee Bureau of Investigation is currently investigating the cause of the fire and Cherokee National Forest Service has announced that no one is allowed on site until their investigation is complete.
A complete list of trails that connect to the Ocoee Whitewater Center that are closed are listed below:
• Rhododendron Trail
• Bear Paw Loop Trail
• Old Copper Road Trail
• 64 Connector Path
• Chestnut Mountain Loop/Bear Paw Connector Trail
*This is a developing story. Please follow FYN for more updates.*