Ignored amid all the hoopla surrounding the hoards of illegal immigrants bashing at our border,
our rising national debt, the threat of war, as in Russia vs. the Ukraine and real war, as in
Islamic Jihad vs. everybody, lies the “New World Order” scheme of the United Nations.

The vehicles for achieving compliance is by creating mass hysteria with the ‘Climate Change’
nonsense (again) and “open borders” immigration. If we fail to pony up what’s left of our national
treasure, they say, as a carbon tax to save future earthlings from deadly CO2, and we fail to
reckon that Progressive Democrats now run the House, a social time bomb, largely ignored by
the main stream media and corrupted politicians, is still facing us. It’s the UN’s Agenda 21, a
Marxist based social engineering scheme to stealthily impose the New World Order they think
will create a world of happiness, harmony and equality by reversing climate change, what ever
direction its’s going, ending civil strife and, through their enlightened progressive leadership,
ensure the earths survival. No plan has yet been posited on how to plug up those hundred or so
active volcanoes contaminating the atmosphere, or stopping the massive rising “greenhouse”
pollution coming from economically expanding China and India.

Their second dangerous scheme is their ‘open borders pact,’ one we are now experiencing
along the Mexican border. The Agenda 21 schemes, are anti-American. They want us to view it
as a “sustainable development” plan to share the earths (Americas) bounty and make all nations
equal with no one nation (the US) any more equal than the others. This will be accomplished by
taxing the productivity of advanced nations and redistribute their “fair share” of their undeserved
wealth with less productive countries i.e.: think Africa!

Progressivism, aka: Marxism, view Americans Constitutional “rights” to private property
ownership, private home ownership and vehicle ownership that permits unmolested freedom of
movement, as anathema to their beliefs. Progressives view family owned farms as destructive
to the environment; and that farm production would better be left in the hands of a “collective” or
appointed experts (Monsanto e.g.) for the equal benefit of all to enjoy. Environmental resources
would then be available to all, according to their need, by the offices of the States redistribution
plans. The UN wants such social justice schemes to become policy.

Advocates for the Agenda 21 schemes attempt to downplay the consequences of their New
World Order, believing, probably correctly, that the unfolding of the scheme, step by step, will be
so slow that people today will forget about it tomorrow like creeping Socialism always does, until
the trap of socialistic hopelessness and despair finally snaps shut. By then America as we know
it will be long gone, just another clump of earth to be populated by the disease ridden minions of
poverty, hunger, and non-production, creatures for whom the daily burning of wood fires will as
quickly denude Americas great forests, such as happened to the indigenous Indians peoples of
an earlier period. In time, the American could easily look like a copy of prosperous Haiti.

The UN’s website does not lie on the subject. It’s all there to be read. The UN admits that
suspicious scientists and analysts point out that every aspect of human existence has some
“impact” on the “environment,” and they say, so what? The UN even claims that CO2, a gas
exhaled by everyone on earth and absorbed by every tree, is a “pollutant” that requires
regulation. America really needs to get out of that organization of collectives. It’s unhealthy for
free people who are paying for it; it has become the legitimate enemy of liberty and it’s too damn
expensive to maintain while getting nothing out of it but grief.

Remember, freedom is the goal, the Constitution is the way. Now, go get ‘em (28Nov18)

Headline: “Smart Regions Bypass Elected Officials To Implement Regional Governance.”
While we fretted over Judge Kavanaugh, the Michael hurricane and such, the inexorable march
of the New World Order presses on. If this headline didn’t alarm you, read their plan: “A new
and purely Technocrat invention to impose unelected regionalism that will soon sweep
the nation, if it’s not stopped.

Phoenix, Az., is the pilot model with over 30 cities and 4.7 million citizens. Three non-
governmental organizations are simply rising up as a coalition to dominate the entire region, set
policies and implement plans relating to Smart City technology. This is all BS. There is no public
mandate or authority for these actions.” It’s all the UN’s Agenda 21 in operation and it should not
come a surprise because its been thrown out there. for all to read. Reading is over. Political
action is now needed to protect our Constitutional freedoms.

The Phoenix Arizona public-private partnership scheme includes the Arizona State University
Center for Smart Cities and Regions (CSCR). The Arizona Institute for Digital Progress (IDP) a
university with no public status at all, is a private group, and the Greater Phoenix Economic
Council, also a non elected, exists only as a Public-Private Partnership scheme.

ASU will serve as the research and testbed role for the Phoenix Smart Region Initiative, drawing
upon the university’s leftist intellectual talent, to craft a “smart cities digital road map” by the end
of October, 2018. This collaboration strengthens the relationships between our duly elected
policymakers, and non elected schemers dedicated to growing innovation in the region.

“Funding will come from public, city and industry membership, as well as from the Arizona State
University. IDP and ASU will manage the civic and public engagement while the Greater
Phoenix Economic Council will focus on industry engagement.

Make no mistake, this is the UN Agenda 21 coming to life. These schemes will theoretically
make it appear Constitutional so, as affected citizens, all we can do is scream at our local
elected representatives and they’ll simply say we voted for our leaders by honest elections.
Resistant local governments at every level, will be suborned, bribed, and/or threatened to come
on board as important elected representatives, to contribute our tax money to support these UN
New World Order initiatives. According to the report, management will be provided by unelected
people in the ASU, those same institutions that produce the “snowflakes, AntiFa’s, the
demented pink hatted women and the SJW’s that attack us constantly.

When I hear that word “Coalition”, I think of communist schemes. Words like diversity,
multiculturalism, inclusion and “coalition” sparks a sense of danger in my mind. If ideas like
these take hold, they will be near impossible to eradicate.

The Russians tried it, the Cuban’s tried it, Cambodians tried it, Venezuela is trying it and even
China uses it. China, so far successful, is an Orwellian electronic spy state of people control.
America simply can’t become like that but that’s the only way the One World Government
scheme can succeed, unelected bureaucrats daily controlling how we live. Consider the political
and economic mess in the European Union, a prime example of a failed New World Order
scheme. It’s starting here, in America, in Phoenix, Arizona.

So, Trump enacted a long ignored law passed over twenty years ago that officially recognizes Jerusalem as the legitimate capital of the state of Israel by announcing he will move the US Embassy there. Trump’s announcement set off a pre-arranged, spontaneous mass rage event by stateless people, Arab’s, who call themselves Palestinians and claim to be the legitimate occupants of the area called Palestine, that includes Israel. Will wonders never cease? It’s rarely ever mentioned that the Israelites, ethnically Semites, are also Palestinians.

Since Trump’s announcement, Leftists scream “the Peace Process is over,” that the years America spent trying to bring the Arabs and Jews together will have been wasted. Oh woe! That’s nonsense, of course! The past twenty years, or longer, of “the peace process,” was nothing more than a willful exercise in wishful thinking so far as a ‘rapprochement’ between Arabs and Jews is concerned. So, President Trump, acting on existing US law, did exactly what previous presidents, Clinton, Bush and Obama, proudly proclaimed they would do, recognize Jerusalem as the Capital of the State of Israel, but didn’t. So be it!  Let the games begin.

The “Peace Process” has been a sham from the very beginning because the Arabs, as Muslims, have long held the Koranic promise to recreate the Caliphate of The Islamic state of Syria, Iraq, and the Levant (ISIL) was inviolate. The idea of allowing a Jewish State in their midst is non- negotiable and always have been. As the Quran permits, lying to Infidels until the Caliphate is at last created, is permissible. Hence, the droning years of useless Peace Talks. In other words, Islam will never recognize Israel as anything but as a place from which Jewish slaves can be harvested. In 1948, the Arab League recognized Palestine as an Arab state, to create a point of argument against infidels. The Kingdom of Jordan, the Arab state that borders Israel on the east, is also considered a part of the Levant. Two wars have failed to remove Israel.

Like all schemes of the West’s far Left Progressive liberals, the Arab-Israeli problem in the Middle-east has been their vehicle to demean the Jewish State, delegitimize the United Nations resolution of 1948 that created the State of Israel, and maintain a constant atmosphere of political ‘crisis’ that includes, not even subtly, an eventual return to the Third Reich’s scheme for the “Final Solution,” but using Islamic Forces, not SS troops (Europeans).

The planning for this eventuality has long been in the process, especially the decades the Left has spent trying to create a workable form of Marxist Socialism in the United States. Trump has thrown a monkey wrench into the whole scheme and like cheap watches, it’s flying apart

Hamas has announced it is ready to “Fight The Zionist Entity after Trump’s Declaration!” One wonders if the fever might spread to the stateless ones in places like Dearborn, Michigan and other American nests of the Islamic cancer Obama spent eight years importing into the American heartland.

So, what’s new? Arabs have clashed with Israeli forces over the West Bank and the Gaza strip for decades. Predictions of ‘unrest’ were staged within a day after President Trumps  announcement, and Israel’s military has been sending additional police and combat units to the old familiar flash points in the West Bank and Gaza, in response. All this has long been Plan “B” for Hamas and Hezbollah to create their Caliphate. The Jihadists have patience and can wait and, while Israel can win a thousand wars, they only need to lose one. 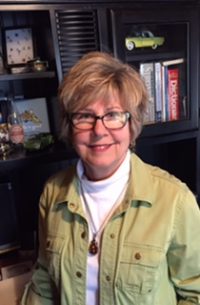 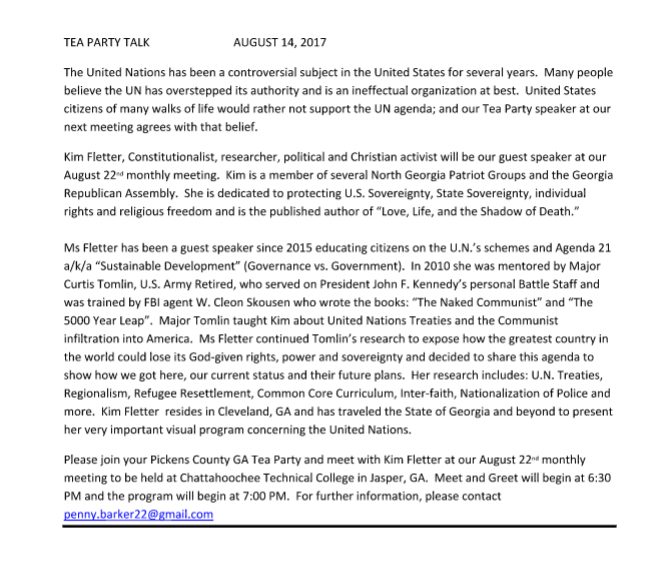