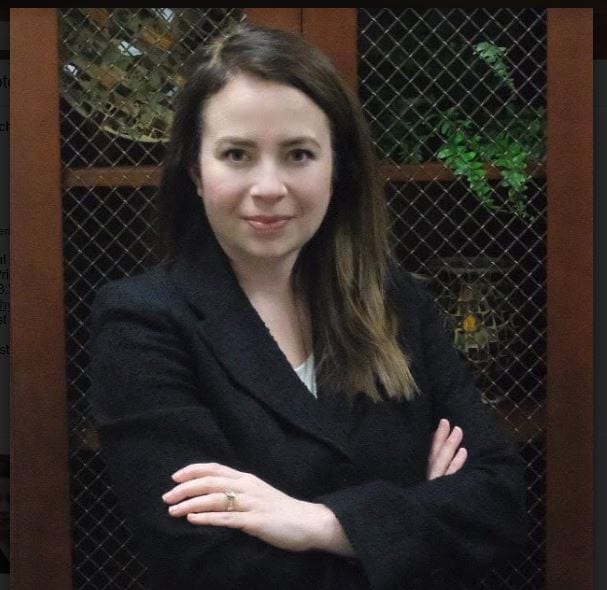 (Ellijay, Ga) Appalachian Judicial Circuit Superior Court Judge, Mary Elizabeth Priest, announced her recent qualification for and intent to run for the Superior Court bench in the May 2018 nonpartisan General Election. Ellijay has been her home for thirty years.

The Superior Courts handle civil matters, including family and domestic litigation, criminal cases ranging from traffic violations to felonies, as well as transfers and appeals from Magistrate Court and Probate Court. In our Appalachian Circuit, Superior Court Judges are responsible for dockets and jury trials in Fannin, Gilmer, and Pickens Counties.

Mary Beth is a graduate of Gilmer High School and North Georgia College and State University. Before
attending law school, she served as a case manager and investigator for the Pickens County Department
of Family and Children Services. She later received her Doctorate of Jurisprudence from Georgia State
University. She began her legal career as an associate attorney at Downey & Cleveland, in Marietta, in
2006. In 2010, she joined the law firm Clark & Clark, in Ellijay, where she practiced complex civil litigation.

Priest said, “It has been a great honor to serve on the bench for the past two years. One of my goals has
been to build a bridge between our community and our court system. I am proud of the progress we have
made in that regard. Being a judge is an enormous responsibility that I take very seriously. I ask the
people of the Appalachian Circuit to trust me with their vote. If they do, I will continue to work hard for
our community with the same commitment to efficiency, impartiality, fairness, and responsibility that I
have had since my first day on the bench.”

Judge Priest was appointed by Governor Nathan Deal in 2016 to fill the vacancy created by the retirement of Judge Roger Bradley. In addition to being involved with and frequently speaking at local civil- organizations, she initiated and helped coach the Gilmer High School Mock Trial Team’s inaugural season this year. As an adopted child born into foster care, she has also done outreach for adoption agencies as a strong advocate for foster and adopted children.

Her husband, Jeremy, owns and operates a scrap metal recycling company as well as a plumbing company, and they live in Ellijay with their two children. Her father, Mike Williams, and mother, Lorie Stanley Williams originally of Stanley Creek in Fannin County, also live in Ellijay. 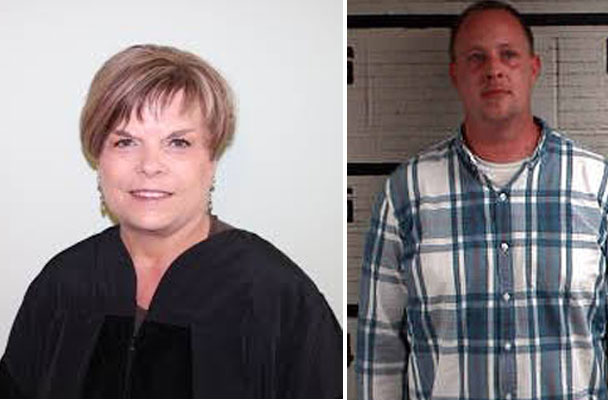 District Attorney B. Alison Sosebee received a request from Superior Court Judge Brenda Weaver to drop the charges against Publisher Mark Thomason and Attorney Russell Stookey.  Sosebee will not prosecute and filed a nolle pros this morning, July 7th in the Pickens County Court system and awaits a judge’s signature.  Judge Weaver cites reasons in letter below: 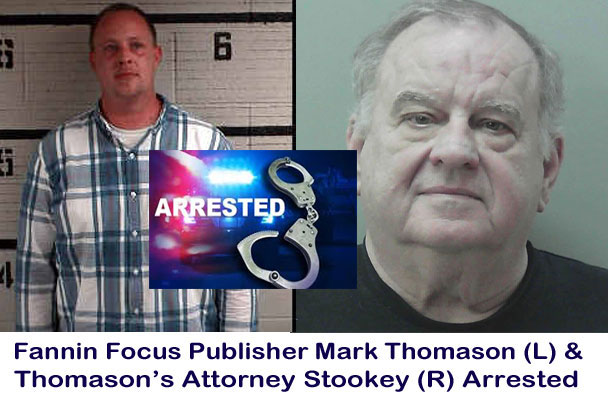 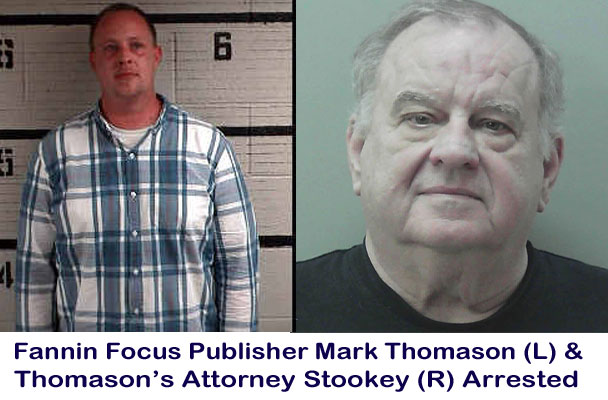 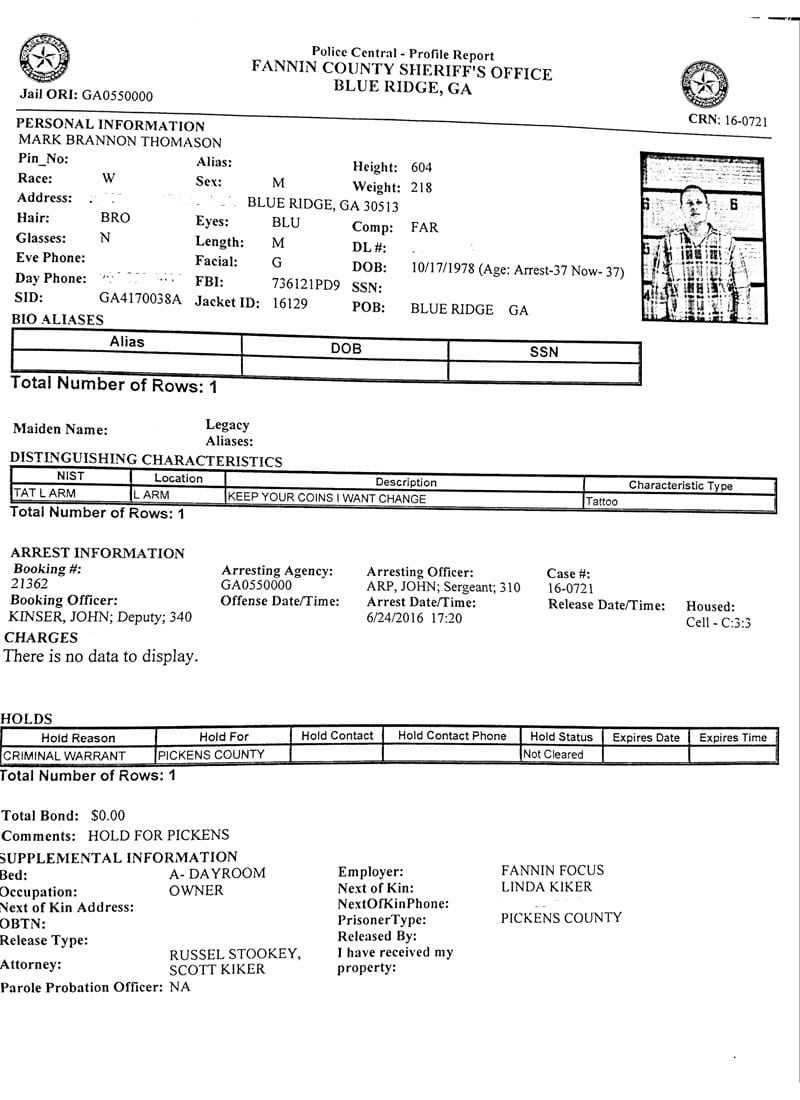 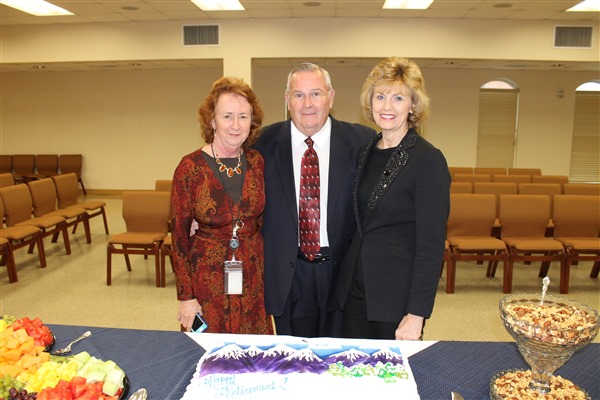 A celebration was held January 26th 2016 in honor of Superior Court Judge Roger Bradley’s retirement.  A large crowd of colleagues, friends, and family attended the gathering to honor Judge Bradley and wish him well on the next chapter of his life.    Chief Superior Court Judge Brenda Weaver spoke of Judge Bradley’s career and presented him with a plaque.  Attorney George Weaver spoke at the gathering and reflected on the memories with the crowd.

Judge Bradley has shared with us about his plans to spend time with his family and do some traveling.  FYN would like to wish him well.