With each mass shooting perpetrated in our society upon wholly innocent men, women and children, the Marxist Democrat propaganda arm, feigning faux outrage, immediately points the bony finger of blame at Donald Trump. Why? Because they have nothing left in their quiver and he has them beat in the public arena with the truth and logic.

Americans are becoming inured to the shock that is now the too frequent indiscriminate murders in public places of American citizens. The loony reactions of the media to these bloody events is convincing Americans that they cannot be trusted because we now know they lie, obfuscate, hide the truth, report out of context the truths, and are in fact, the most complicit agency in leading Americas Descent into Darkness. Why does the media not care about the mass daily killings in Chicago, Baltimore and other Liberal American cities or the murders of babies in the daily gross lots? Just asking!

It’s a last act of desperation for an industry that openly took sides in the political war that will decide Americas future, and tried to hide it. They are leading our descent into a life that will be one of misery and despair, a la Venezuela and Cuba, while attacking Trump who is polishing up the “Shining City on the Hill” image of Ronald Reagan.

The media has lost, like the FBI has, the trust of the American people. We’re not as stupid out here as they believe we are. For decades we’ve passively watched as the nice, pleasant sounding, siren voice of Socialism’s doctrine of “fairness and multiculturalism,” crept into our daily lives, then morph into screeds of white privilege, reparations, wealth redistribution and white shame, and slowly supplant our original values of independence, self-reliance, property ownership and individual achievement, the beginning of our descent into darkness. Happily, Americans are waking up but, that could portend more violence.

Trump “tweets” the truth and they can’t abide it. They have no retort except to scream louder, try to identify every supporter of President Trump as demonic white supremacists, tea party black folks hating, far right wing radical racist, even before the facts of events are ever revealed. If not, they’re simply made up. “Never let a good tragedy go to waste.” The word “racist” has lost its sting so watch as ‘white supremacists’ replaces ‘racists’ in daily print.

In the El Paso murders, I agree. It was a Hispanic hating young white youth who surrendered to police instead of dying by his own hand or confronting the police in a futile shootout. This man was a coward. The Dayton murderer on the other hand, was demonstrably an evil, demonic person who expressly believed in the socialist ideals of Bernie Sanders and the Squaw woman, Elizabeth Warren. Yet no one blames those two politicians for the murders. Indeed, when his political affiliation was discovered his whole background story was just dropped from the front page of the Democrats propaganda arms. Another blow to fairness.

The Left’s media propaganda machine, always seems to be a step ahead of the dimwitted Democrats in pursuing the lies of “white supremacy,” the new code word for “racism.” All the Democrat presidential candidate especially the spavined Joe Biden, are trying very hard to brand President Trump, and by inference, the rest of us, as far-right wing, lunatic fringe “racists” that should be attacked and openly killed. The Black Lives Matters nimrod, screaming out her hate toward Mitch McConnell’s home, calling for him to be stabbed in the heart, makes my case. The Antifa’s who show up at street protests hooded and masked have done just that.

All joking aside, Trump’s tweets often rips off the scabs off festering hidden truths the Democrats want to stay hidden or at least ignored. In military parlance, it’s referred to as keeping below the horizon line so the enemy can’t see you to (figuratively) shoot at you.

So, the question becomes, is Baltimore, a portion of which is in Congressman Elijah Cummings district, really a crime, rodent and drug infested city in Maryland? It certainly has a high murder rate ranking near the top of American city’s in that category. If that is so, why so?

Rep. Cummings attempted, like Democrats have always gotten away with successfully before, to browbeat with raised voice, whining innuendo and sobbing appeal to the poor and hopeless illegal invaders on the border, Trump’s Secretary of Homeland Security, claiming the invaders were living in the squalor of their own filth while the Border Protection people did nothing to alleviate their suffering. But, he’s never been there, has he? Did he get his cue from AOC?

An unwarranted attack on a Trump Cabinet secretary is an attack on Trump and he doesn’t take that sort of nonsense lying down. Expectedly, he tweet attacked the Congressman pointing out the fact that Baltimore is indeed a crime, rodent and drug infested city about which the good Congressman Cummings was as apparently uninformed as he was uninformed on the facilities provided for the invaders at our borders. Cummings went berserk and so did Nancy Pelosi calling Trump a racist once more. Then all the Democrat presidential candidates went berserk too. It’s called the “Pavlov’s dog effect” and “racism” is the bell that gets them all salivating.

It’s not Trumps fault that Baltimore is represented by an American Congressman of African descent, anymore than it’s Trump’s fault that San Francisco, represented by Nancy Pelosi, is an American congresswoman of Italian descent; yet both cities are nearly third world countries turned so by the Liberal Policies that echo the political philosophy of Karl Marx.

Add to those, Los Angeles, Seattle, Chicago, Fresno, Portland, and others, and Trumps tweets start to take on a meaning that raised the whole squalid societal norms of Progressivism (the new name for Marxism) well above the horizon line, and race has nothing to do with it. Progressivism is the sole culprit of third world societal malaise brought to our cities.

The Democrat Congressional Campaign Committee (DCCC), who is supposed to fund campaigns to unseat Republicans and turn Red States Blue, are now experiencing their own racist problems. They’ve cashiered their Chairman and most of the top staffers have quit, over the issue of “diversity.” Looming in the background is the new face of the Democrat Party, AOC.

Diversity is one of those Progressive words that sounds good, but in fact does little to advance a program rather that cause one to fail. Diversity is in fact “Affirmative Action!” started in LBJ’s presidency to level the employment playing field by demanding that job positions are equally allocated to unqualified personnel because of race. Jobs for everybody! Apparently the DCCC failed to do that and all hell broke loose. What can the Democrat Party do now, rearrange the chairs on the weather deck?

Time is getting short and so, apparently are funds. The Democrats have no candidate who can touch Donald Trump. The bad news is they really hate Donald Trump. The good news is, they can’t do anything about it. 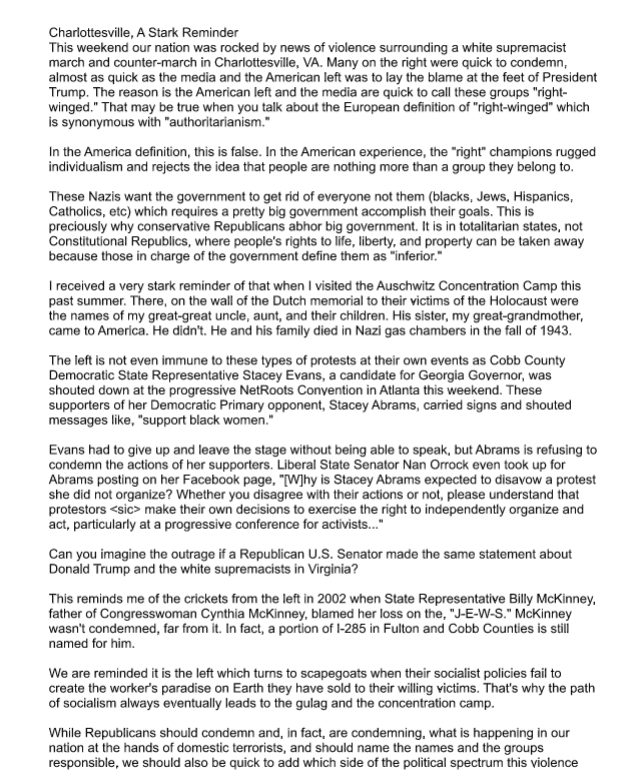 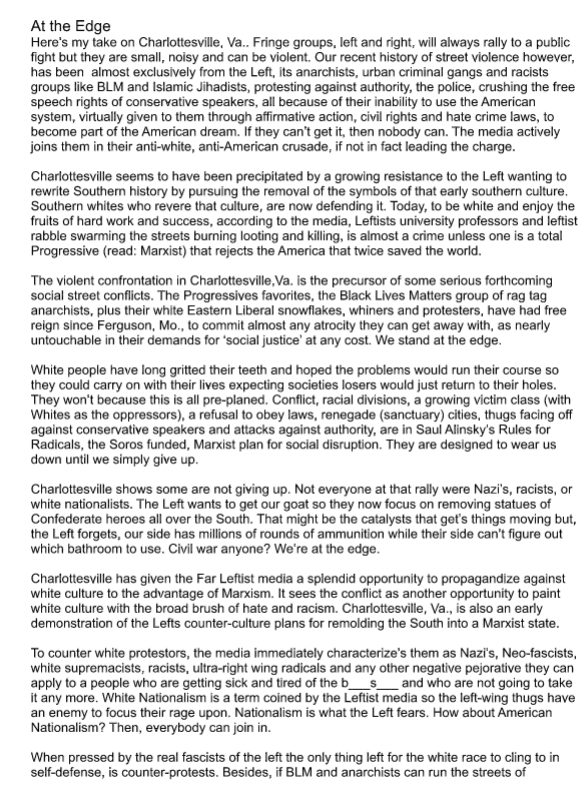 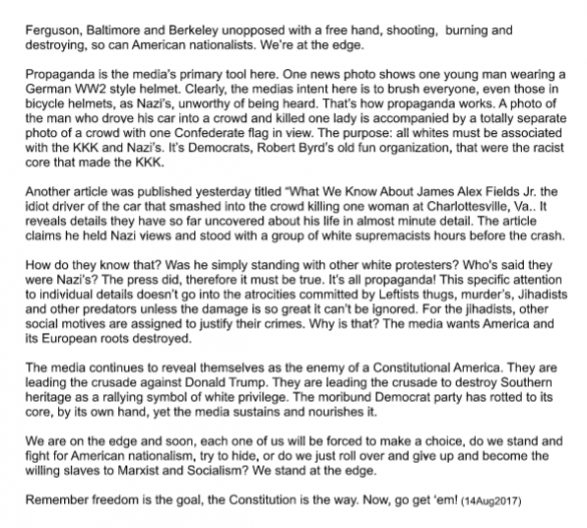