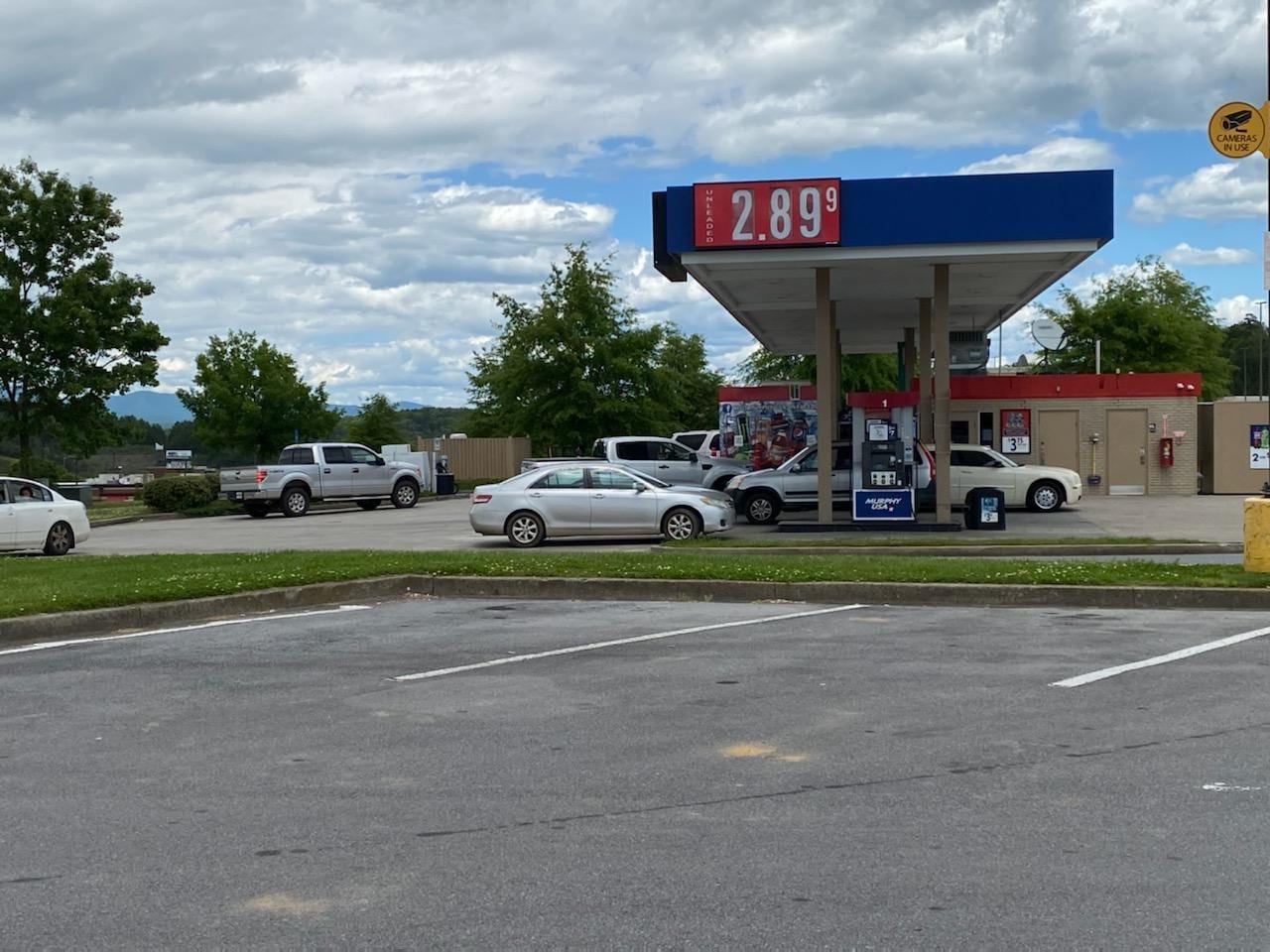 ELLIJAY, Ga. – With the recent news of both the Colonial Pipeline’s shutdown and restart, many citizens have resorted to stocking and gathering extra gas. While citizens have reported people filling extra cans and tanks in Gilmer County, nothing has yet been reported as some photos on the internet show in major cities where people are filling everything from trash cans to plastic bags in order to store and collect gasoline for future use. 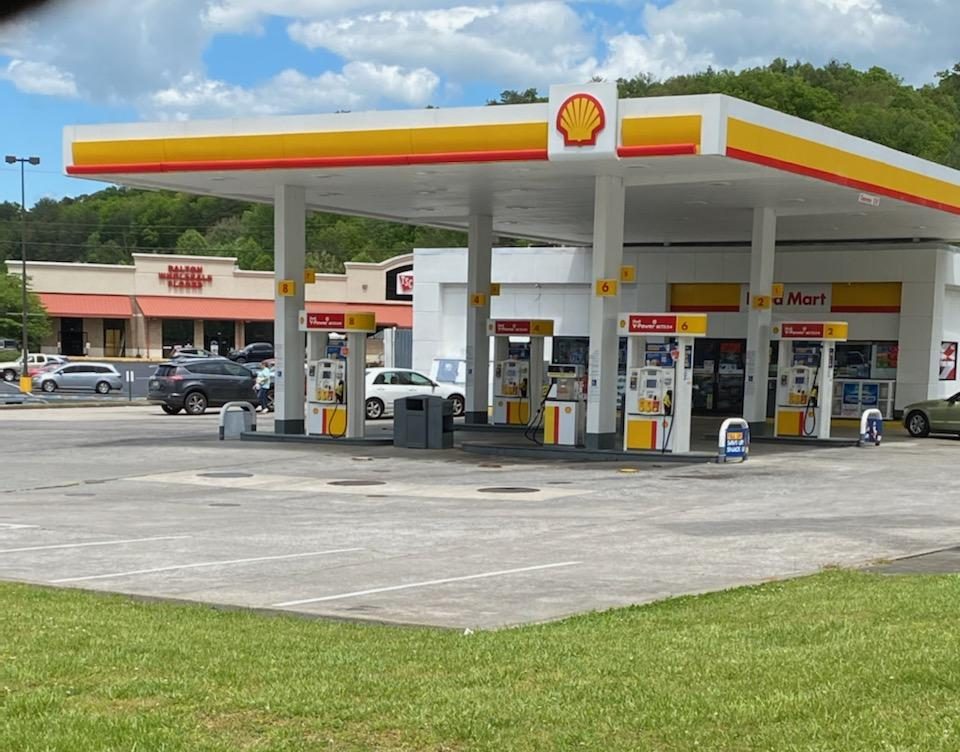 Despite the lines and crowds of this week, today saw gas stations across Ellijay with very few cars waiting and very few stations closed.

On Tuesday, Governor Brian Kemp suspended Georgia’s gas tax and prohibited price gouging. The Murphy gas station in the Walmart parking lot in Ellijay had an attendant walking pump to pump on Tuesday, some said the attendant was monitoring vehicles to make sure no one person was filling too many extra tanks. However, the attendant declined to comment with the media directly.

But Murphy is not the only station that would be doing this. One resident living in Pickens, Mark said that he found the BP in Jasper limiting the amount of gas citizens could buy as well.

Lines have formed over the last few days as people continue either topping off their tanks or collecting extra, and Green’s Country Store at the corner of Old Highway 5 and Highway 515 did have its sign shutdown on Tuesday. The Conoco next to the Walgreens in Ellijay also had pumps closed one day. However, despite some closures here and there and lines for only a couple days, the county has not seen mass shutdowns or devastating effects like some major cities. 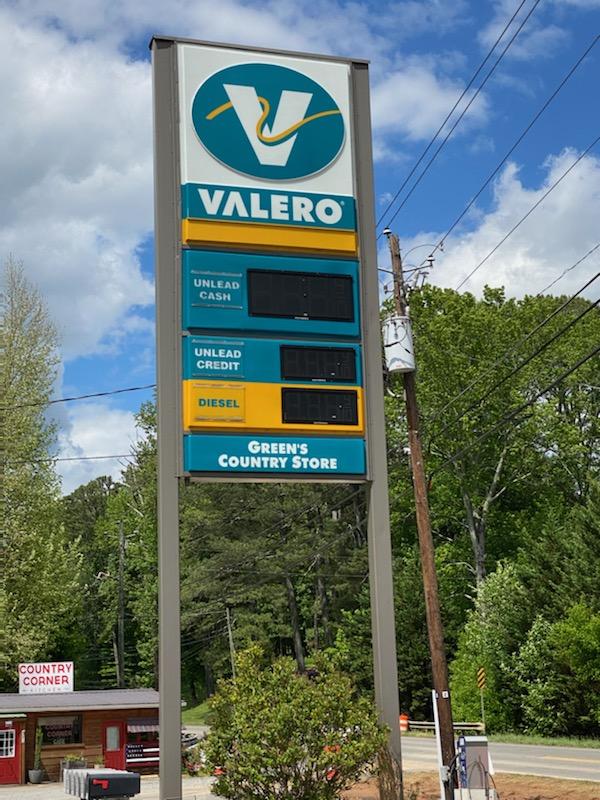 Shutdowns have occurred in Gilmer County, but not to the extent of some larger cities. Still, some stations like the Valero on Highway 382 have seen the effects of the surge in the county.

That does not mean that authorities are not responding and trying to help citizens. Gilmer’s Public Safety Department posted to social media yesterday saying “The Georgia Consumer Affairs Protection Division has set up phone lines for the purpose of reporting price gouging.”

Federal authorities are saying that many places will see a “return to operations” by the weekend. In fact, as pictured, most gas stations in Gilmer today are devoid of the lines from the past few days, and few have been seen closed.

Attacked by hackers, media reports have indicated that Colonial Pipeline paid the ransomware attack to the tune of $5 million. Nobody knows if that cost is going to keep gas prices high in the coming weeks. Gilmer alone saw many of its stations hovering around and just under $3 per gallon over the last few days, while before the attack, most prices were closer to $2.70 per gallon.

Although there have been no current reports in Ellijay or East Ellijay, citizens have feared over the last few days that some might seek to take advantage of the shortage by hiking prices to outrageous amounts. For those cases of extreme hikes, Gilmer Public Safety’s post about price gouging included some directions for reporting.

The Division has been overwhelmed with calls and asks that you review and confirm the elements of price gouging, as outlined below, before calling their office.

Price gouging in Georgia is defined as follows:
Selling items or services determined by the Governor during a declared state of emergency to be necessary for public safety at a higher cost than they were immediately prior to the declaration.
Charged as a deceptive or unfair trade practice (and investigated by the AG as such); an additional civil penalty of up to $10,000 for each violation if “disaster-related.”

One day ago, massive lines and wait times plagued gas stations like this one in Blairsville, Georgia.