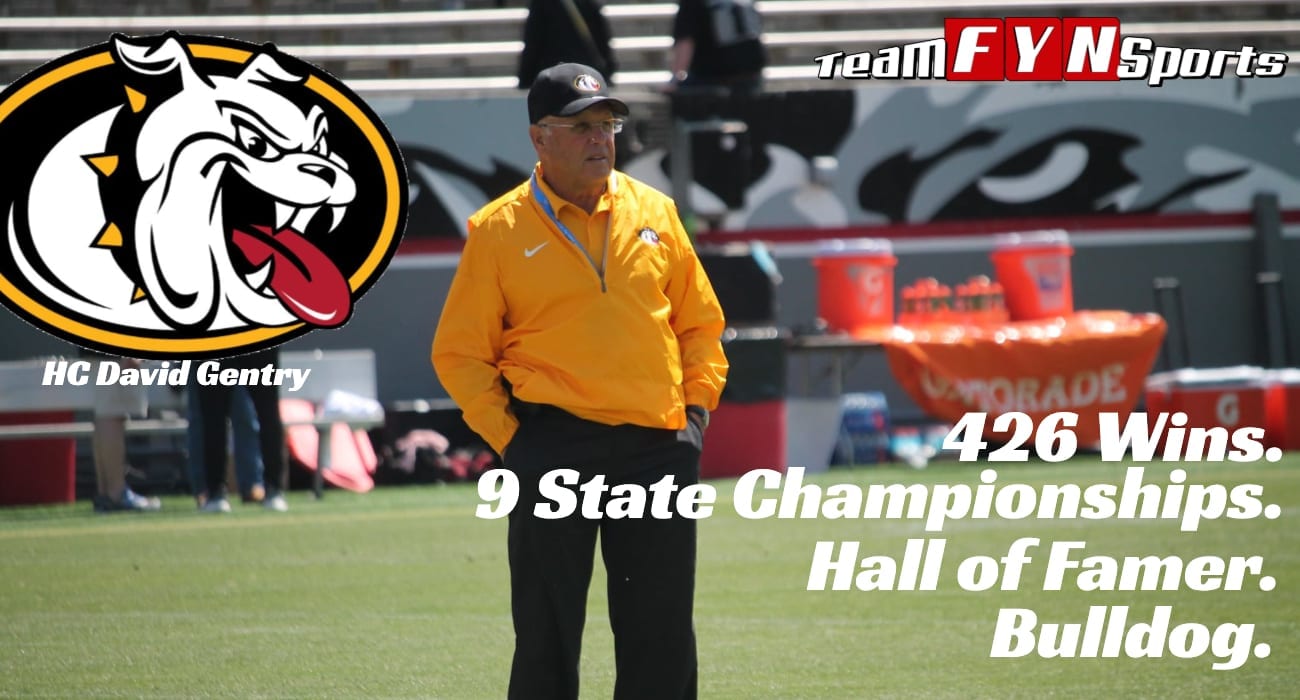 The winningest coach in North Carolina has decided to close the “coaching” chapter of his life after 50 years. Murphy Bulldogs head coach David Gentry announced today that he is retiring from coaching football. He will retire ranked top 20 in the country in all-time wins, leaving a mark on the town of Murphy that will never be erased.

If there ever was the perfect time for the old ball coach to hang it up, it’s now. With his daughter Lauren Gentry Grubb having a grand-baby on the way; And after winning his 9th state title in North Carolina’s one and only “spring” football season, the stars seemed like they were aligned.

After every football season for the past 10 years it seems like we have been speculating whether or not Coach would be coming back at the helm for the Bulldogs. You would think that would make hearing the news that he was finally going to hang it up easier to swallow, but for some reason now that it’s really official, it’s kind of hard to believe.

Growing up, every kid’s dream in Murphy is to be a Bulldog. A huge part of that is because of David Gentry. I mean who wouldn’t want to play for a guy with 426 wins and 9 state titles. Plus, there’s just something about him. An aura that makes it seem like he is larger than life. An old man swag like I have never seen before!

The upcoming season will be weird to watch, not looking down and seeing Coach G on the sidelines. However, with the road map to success that he has left, I don’t expect the Dogs to miss a beat. The coaching tree he has left behind will take over the reigns seamlessly, and the Dogs will still be on top.

The rest of the Smoky Mountain Conference can sleep a little easier tonight, knowing they never have to face Coach Gentry again.

I wouldn’t be surprised if the town of Robbinsville (or Bryson City) throws a parade.