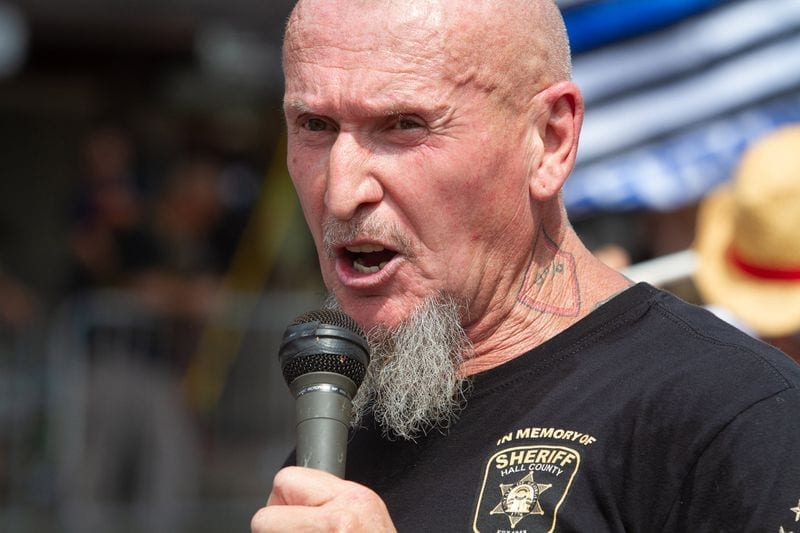 A 5th-Generation born into the KKK. He later denounced the organization and moved on. Chester Doles said, “It comes with maturity, growing, getting to know people, and finding common ground with some of the greatest people across all lines of color.”

Because of his past, Doles says he often gets named or called when media needs a “boogeyman” to blame things on. But today, he says his organizations works towards things like saving the National Anthem, saving the Pledge of Allegiance, and fighting the rise of socialism. These are the political goals that Doles says he holds now.

Those monikers of white supremacy and racist are not correct according to Doles who says the articles and the attacks are just a part of a premeditated narrative, a “dog-whistle” for the public to focus on this boogeyman, this labeled enemy.

Commenting on the recent debate between Trump and Biden,  Doles said the Proud Boys suffers similar attacks as he does, being called white-supremacists. But he says he has met many of those who are a part of the Proud Boys group and many have been Hispanic, Black, White, and other races and that these people are proud to stand and defend America.

He compared a villainizing of the Proud Boys to the free pass that Biden gives to Antifa. Pointing  to Biden’s comments on Antifa being “an idea, not an organization” as the real issue. Doles said, “We have watched them burn our churches, our businesses, assault hundreds and hundreds of police officers. Children have been shot in the head by Antifa and BLM. And they’re just an idea?”

Attending a memorial service for Aaron “Jay” Danielson, where members of the Proud Boys were attending, Doles said it was Antifa who ran over one of the members, crippling him. He said, “Antifa and BLM are running around in wolf packs, out there in the Northwest, looking for targets.” 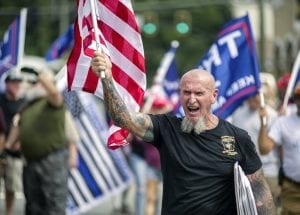 Since the political debate, many have attacked Trump about the Proud Boys and his comments. Doles questioned where the comments and questions are for Biden sweeping the Antifa riots under the rug as an “idea.”

Doles reiterated that the push for this has come from the media’s narrative and blame for patriots like himself. He said he is the one who has denounced the ways that he used to follow, sharing a story of going to DeKalb County to an all-black church. He also noted that Josie Cruz was there as well. He explains that he went to this church because he wasn’t welcome in many of the churches in his own county. Instead, he visits this church, stands in front of the congregation, and explains his past. Then asked for forgiveness.

Doles again said he has denounced racism and wants to proudly protect America with other patriots. That is how his organization is attempting to help.

One of the major goals that Doles said his group is pursuing, is informing the public and seeking to have Antifa declared a domestic terrorist organization. Referencing the memorial service and many other issues in the Northwest, he states, “You better be prepared to defend yourself. You don’t have to look for trouble… The left is looking for the right out there.”

Doles warns the public that it is on the move as well, stating that the organization is already in Georgia.