ELLIJAY, Ga. – Gilmer’s Board of Commissioners took another meeting this week to revisit changes to the Land Use Ordinance considering density, Residential, and Agricultural Zonings.

This time, the board met alongside the Planning Commission to inquire and discuss changes with them as well. While much of the focus recently has been on R-1 and R-2 zones and the lot size for those zones, the commissioners ultimately focused on Agricultural for most of its changes as proposed by the end of the meeting.

After the nearly two-and-a-half-hour meeting, these changes included backing off of lot-size changes in R-1 and R-2 as Commission Chairman Charlie Paris said he spoke with “a representative from the regional commission and the Department of Community Affairs last week.”

Paris said his discussion with the regional commissioner representative suggested that the high-density growth would follow the sewer lines through the county. Paris did say he wants to keep an eye on the topic so as to address it if this is not the issue.

Paris said of his discussion, “Without sewer lines, septic systems themselves will be something of a restriction because the health department will not approve so many of them that it endangers our groundwater supply.”

Along that idea, Paris said he contacted the Water-Sewer Authority to inquire of plans to expand the sewer system. He reported that he was told there were no plans.

Paris noted that the county also hosts a comprehensive plan to indicate regions to support agriculture in the county while designating areas for residential and density housing. 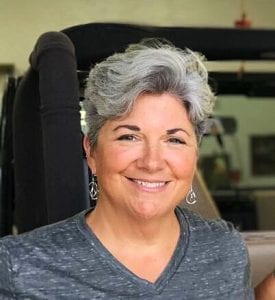 Post Commissioner Karleen Ferguson agreed with the concept as well referencing a need for “affordable housing” in the county. A topic discussed over recent years in the Chamber, County Plans, and other agencies looking to increase workforce housing.

Ferguson did say that her concerns come from R-2 developments in isolated parts of the county. These become islands of high-density housing in the county.

Ultimately, however, changes to Residential Zone in the Land Use Ordinance changes were left behind in support of the theory that these projects will follow sewer lines and the idea that the board may revisit the idea when sewer lines expand or density does become a larger issue. One change that looks like it will remain for residential is the hobby livestock coverage. Instead of supporting large animals, the new change will likely only allow chickens and possibly small animals like goats in residential. Most of the meeting considered only allowing chickens until a comment brought up the idea of goats specifically. With the board’s efforts focused on larger animals including cows and horses, the main focus is likely to allow for a limited number of smaller animals for personal use.

The board instead is going forward with increasing lot size minimums from 3 acres to 5 acres for Agricultural zones. Also, they will move forward with separating campgrounds into their own Agricultural Recreation (AR) Zone, though the name is probably going to change before approval. This zone will require 25 acres and a 300-foot buffer for the campgrounds and RV grounds to be built in the county. 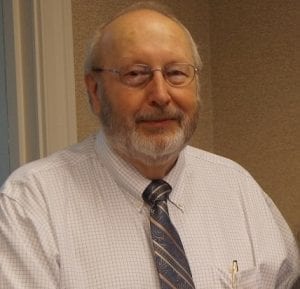 Additionally, Paris himself opened this meeting saying he has received numerous emails both for and against the Land Use changes.

The third major discussion of the meeting focused on roads in the county and maintaining the quality of those roads throughout the county. As one of the driving forces, not much changed in the roads changes, however, consideration was given to shoulder widths in the county as thoughts were given to burying utility cables and the possibility of fiber optics stretching through the county.

The changes discussed were handed off to County Attorney David Clark who will be scribing the changes into the resolution to amend the Land Use Ordinance. The county is looking at these changes and could be seeing further discussion Thursday night at their Regular Meeting. However, the Board is also considering another Special Called Meeting towards the end of the month to discuss it then along with other topics.