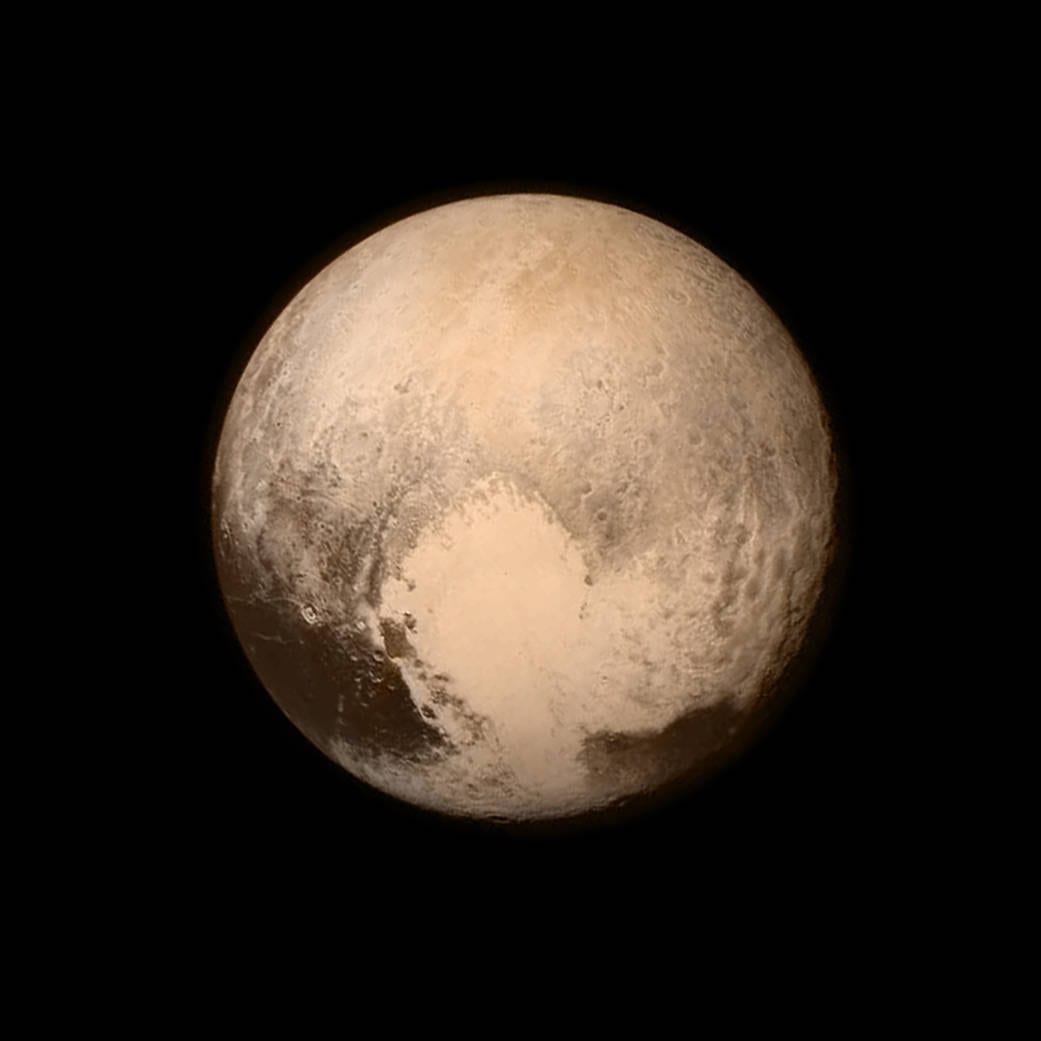 Nine-and-a-half decades have brought you exciting images from the outer reaches of our solar system 3 billion miles away.

This week marks the arrival of the New Horizons spacecraft to the dwarf-planet Pluto. Images have begun arriving and flooding the internet with images of the space body.

“This is a tremendous moment in human history,” says NASA’s Science Mission Chief John Grunsfeld. And indeed it is as we mark the first up-close venture into this new part of the Solar System. Not since the voyager missions in the 80’s have we dared to reach further into space and extend our exploration. Up to now, some of our best images so far have come from the Hubble Space Telescope.

The official images of this $728 million mission will be released at 3 pm July 15, 2015 according to NASA, make sure to check out NASA TV or Space.com for the live-stream.

Scientists who initially sent the probe to Pluto have waited almost a decade to hopefully map Pluto and its largest moon, Charon, see ice volcanoes, and use its seven instruments to take numerous measurements, pictures, and data to send back to our planet. The “waterfall of data,” as Principal Scientist Alan Stern called it, will take about 4.5 hours to travel home at light speed, obviously a much shorter time to make the 3-billion-mile journey than the probe took as it traveled around 30,000 miles per hour.

If you’re wanting to stay up to date or learn even more about this historic day, check out NASA’s website as they continue to update everyone about the probe.