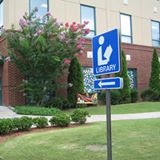 One of the arguments about why to have funds dedicated to building a new library on the 2016 SPLOST ballot is that if Fannin citizens vote in 2016, there will be a new library in 2020 and, if not approved, a new library could not come to the county until 2028.  FetchYourNews asked Fannin County Library Director Clare Barton why it would take so long.

Ms. Barton states that six years is the state-wide average that libraries receiving SPLOST funding need to go through the process of building capital and then construction.  Ms. Barton gives the example of the Gilmer County Library.  In 2002, Gilmer County received money from the SPLOST ballot.  It then received the state matching funds in 2006.  Finally, the new Gilmer County Public Library opened in 2008.

The biggest reason for the delay is that it takes some time to develop enough capital to reach the threshold for the state-matching grant.  If approved on the 2016 SPLOST ballot, Fannin County Public Library funds will begin to accumulate in 2017.  Each year the fund would receive approximately 10% of SPLOST revenue.  Last year, SPLOST revenue was at $5 million per year, which means the library could potentially receive $500,000 a year.  This would meet the goal of $2.5 million in five years.  Fannin County must raise at least $2.5 million in order to be considered for the matching state grant of $2 million.

The wait time would not be wasted.  During that time, the library would buy land and engage architects.  The design the library currently has is more for the functions that are inside the building rather than what the building shell will look like.

There are several interior features that the new library could have which will increase the library’s function as a community center says Ms. Barton.  Currently, there are no small rooms where tutors could meet with students or high school students and UNG Blue Ridge students could hold group study sessions.  Also, the community meeting room in the current library is too small.  It can only hold 12 people; it holds fewer on the hot days because the community room does not have any ventilation.  Ms. Barton would like to have an enclosed children’s area so that story time and other children’s programs won’t disturb the other library visitors. As well, the library needs more storage space for its collection.

Ms. Barton believes that a stand-alone library will physically be more easily accessible to a significant portion of the county’s population, its seniors.  The library’s current location is on a heavy traffic street with insufficient parking which means patrons who have mobility issues may forego their library visit because they cannot navigate the distance and the uneven, if present, sidewalks to get to the library.  Easy access also affects another significant portion of library patrons, mothers with young children, especially more than one, who must navigate a street rather than a sidewalk to safely bring their brood to story time.

State regulations say that the minimum appropriate space for a public library is .6 square feet per person in county.  According to that number, says Ms. Barton, the library should have 15,000 square feet.  Its current space is significantly smaller.

Proponents of a stand-alone library say that the six year lag between SPLOST approval and actually cutting the ribbon at a new library is important to consider in terms of Fannin County Courthouse space.  Mr. Joe Webb, who is on the Library Board of Trustees, has asked several judges their opinion about the need for space at the Fannin County Courthouse.  The judges agree that Fannin County will definitely need new courtrooms in the not too distant future and definitely before 2028, which is the next earliest possible date for a new library.