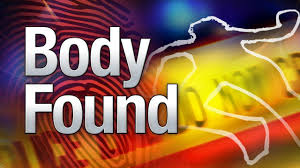 According to the Cherokee County Sheriff’s office a woman’s body was found this morning, May 27th, under Sharpe Mountain Creek Bridge, under I-575 in Ball Ground, GA.

According to Lt. Jay Baker the police received the call at 6:42 am and arrived a few minutes later.  Upon arrival the authorities discovered a body of a 35 year old female deceased under the structure.  The deputies found a vehicle parked on the bridge on the north bound lane of I-575.    The bridge at Sharpe Mountain Creek is located between Exit 24/Airport Drive and Exit 27/Howell Bridge Road.

The deputies were able to speak with a motorist driving by who witnessed the woman jump from the bridge.  The Sheriff’s office is conducting an investigation however  Lt. Jay Baker with the Cherokee County Sheriff’s office said, “There’s no indication of foul play.”   The identity of the woman has not been released at this time.