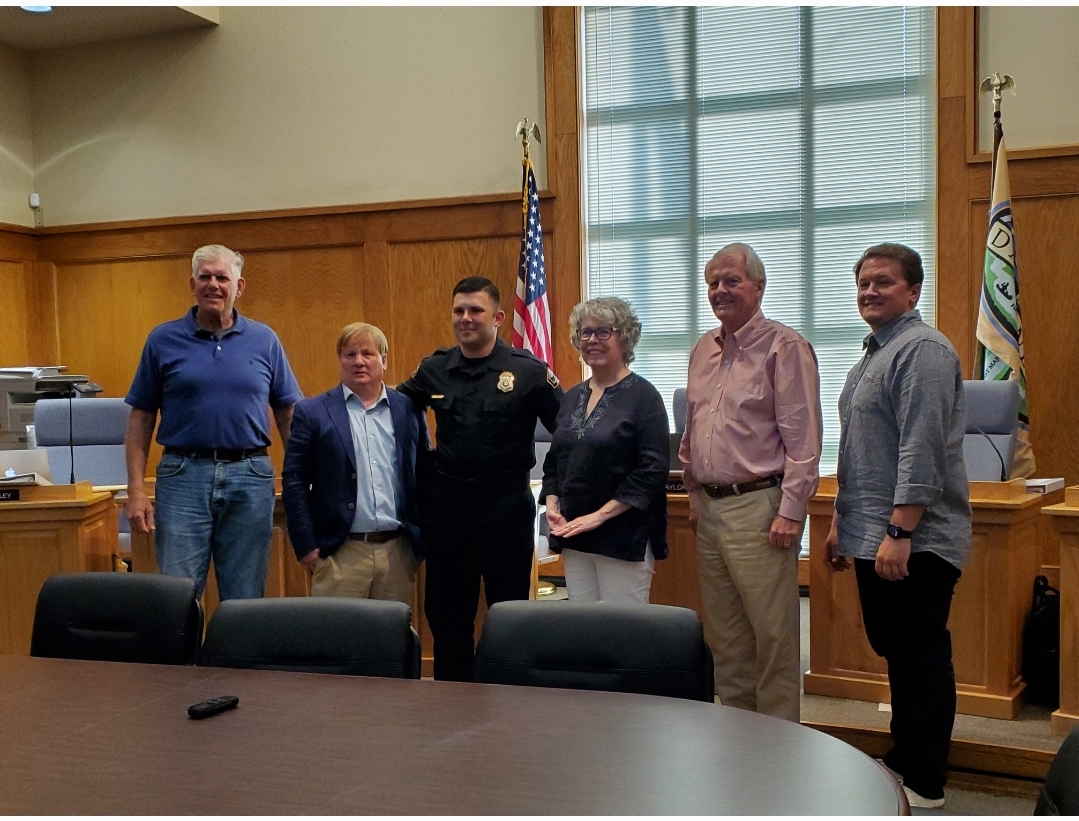 DAHLONEGA, Ga.- The City Council recognized Dahlonega Police Officer Christopher Weeks for his hard work for the City of Dahlonega during the regular meeting on July 5. 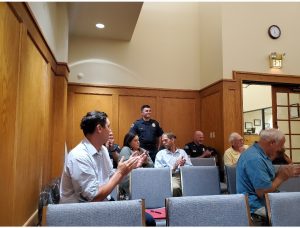 The round of applause that was given to Officer Weeks.

Heard above is the story that Mayor JoAnne Taylor read aloud before recognizing Weeks. To review the story in its entirety visit https://mccmeetings.blob.core.usgovcloudapi.net/dahlonega-pubu/MEET-Packet-1ea4cf40dc584f879ca35a23f12f8ae5.pdf, it begins on page 13.

Numerous citizens have come forward to speak in response to Penny Sharp’s request for Dahlonega Walking Tours to be allowed in Historic Mt. Hope Cemetery from 8:00 p.m. until 10:00 p.m. Sharp currently is allowed to host tours of the cemetery for 30 minutes after sunset.

The citizens that came forward feel that allowing Sharp to hold the tours is putting the cemetery at risk for vandalism, there is a greater risk of liability for injuries, and they also felt that it was disrespectful to those buried in the cemetery for it to be used for entertainment purposes. Sharp is required to have a $1 million insurance policy and is also required to stay on the pathways in the cemetery. 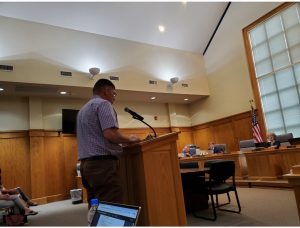 Chairman of the Cemetery Committee Chris Worick while explaining his concerns to the council.

The cemetery is currently still active so Chairman of The Cemetery Committee Chris Worick was concerned about guests falling into open graves if they ventured off the path. He was also concerned that seeing people in the cemetery after visiting hours might encourage others to visit without being on the tour.

After listening to all the concerns and many more sent to them via email the council took action on the matter. They voted to approve the hours 8:00 p.m. to 10:00 p.m with the stipulation that signs be put up stating that only those with the permit shall be allowed into the cemetery after hours. The vote was 3 to 1 with Councilmember Ron Larson being in opposition.

“Having been on the council almost seven years now this is not something new Mr. Worick indicated as chair of our cemetery committee this has come to us numerous times in the past and we’ve asked Penny and her business to abide by the guidelines, I think its significant councilmembers if we are going to be voting on this to appreciate the feedback we’ve gotten from our cemetery committee,” explained Larson.

The next item that the council took action on was the authorization for the use of purchase cards. Finance Director Allison Martin brought this before the board at the last work session. To review that please visit https://lumpkin.fetchyournews.com/2022/06/21/city-enters-into-new-fleet-replacement-contract/.

The council voted to approve the use of the cards for their travel needs. These will not be used for personal travel just when the members need to go to conferences or attend educational classes for the benefit of the City.

Martin also brought the fiscal year 2023 budget before the council. Currently, it is a balanced budget however she has not received the millage rate yet. Martin believes she will receive the millage rate on July 11.

In the budget, there will be three new full-time positions added in. There will not be a salary increase yet due to the adjustment that was already made. That was a 7% increase.

There will be a public meeting held on Aug. 1 to give the public an opportunity to review the budget before the council makes a decision on it on Aug. 15.