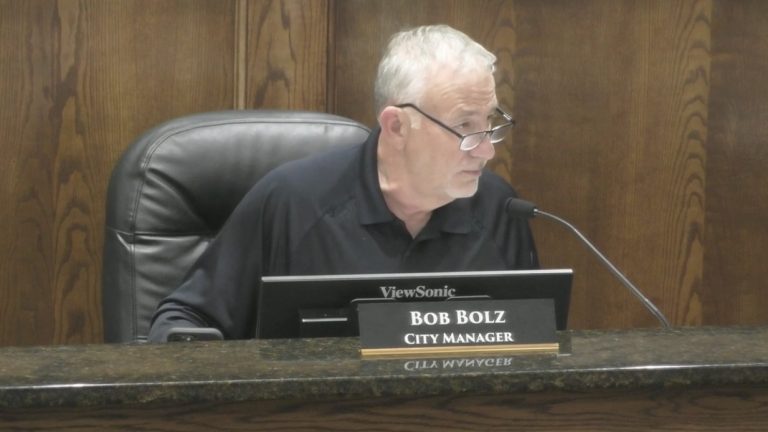 DAWSONVILLE, GA. – The City Council met Monday, Sept. 19, at 5:00 p.m. for their monthly meeting, including the declaration of Chase Elliot Day.

Next the council approved the Low Income Household Water Assistance Program Agreement. This will be the second year Dawson will participate. The legislation would provide assistance with water and wastewater utility bills for those eligible. The local community action agency determines eligibility.

The Council then went on to recognize some of the city employees. The first to be recognised was the 2022 August employee of the month, Bev Bannister. Next was Service Awards for September. The recipients of the award were Stan Zabaruka, Steven McNeal, and Jacob Barr.

After the recognition of employees, the Council went on to make a proclamation. The proclamation declared August 27 was decided to honor Chase Elliott’s win in the 2022 NASCAR Cup Series Regular Season as well his other major wins throughout his NASCAR career.

Following the proclamation, the Council discussed wanting to participate in a state resolution signed by Will Wade and David Ralslton in honor of Burts Pumpkin Patch celebrating it’s 50th Anniversary. The Dawson County Chamber of Commerce will also have a special ribbon cutting ceremony to present to Johnny and Kathy Burt. The council approved the motion to participate in the resolution.

Next on the agenda was business. The Standard Specifications for Roadway and Drainage Systems Amendment. The last specifications were last updated in December of 2021 and council voted to approve the amendment on August 15th, 2022. Today the council wanted to review and ratify amendment to division 11, section 1.11 Stormwater Infrastructure Dedication and StormWater Infrastructure Inspection. Approval will eliminate the required stormwater infrastructure video/laser/mandrel testing with stipulations. The motion to review and ratify the amendment was approved by Council.

Then the Impact Fee Study Agreement with the Georgia Mountain Regional Commission. The request of approval of the contract with GRMC would provide an impact fee study for the city. The agreement has already been approved by the city attorney. The estimated cost is $15,000. The motion was approved by Council.

Item 13 was a Special Event with Alcohol Bootleggers Bar & Grill, October21–23,2022. Diane Callahan, Interim Planning Directer, asked council to consider approval for a special event alcohol permit and site plan for Dawsonville history museum. The event is to be located at Winner’s Circle at Georgia racing Hall of Fame from October 21 to October 23, 2022. The permit has previously been approved for the Georgia racing Hall of Fame, Moonshine Festival Outside Bar, and The Greater Atlanta Auto Auction and Memorial Day Show. The Council unanimously decided to approve the permit.

Funding for development of well #112 was the next item. City Manager, Bob Bolz, seeked approval to pursue a Population Grant from the Governor’s Office of Planning and Budget for Water. This Grant is designed to provide financial assistance to communities with rapidly growing populations to better prepare them to meet current and future demands. The motion to proceed with the grant was approved by the Council.

Lastly item 14, the Intergovernmental Agreement Amendment, regarding a Trail to the Library was discussed. City Manager, Bob Bolz request approval of an amendment to the intergovernmental agreement between the city and Dawson County to construct a trail from Main Street Park to the library. The request was previously approved in 2021 by IGA and the city attorney approved changes made for a type of bridge/trail. The motion to approve the amendment to the IGA was approved by Council.

Next the Council opened up a work session to discuss The 2023 Solid Waste Collection Service Rate and Establish Service Charge as well as The 2023 Meeting Calendar Review.

Bob Bolz the City Manager and Robin Gazaway the Finance Administrator both gave staff reports. Bolz gave a presentation on the recent updates to city projects. Gazaway went over the fund balance and activity through August 31, 2022.

The meeting was adjourned. The next City Council meeting will be held Monday at October 17th, 2022 at 5:00pm.