ELLIJAY, Ga. – Gilmer County is performing another recount of the recent presidential election this week after state directives sent Chief Registrar Tammy Watkins and election employees back to the counting machines.

According to Chief Registrar and Elections Coordinator Tammy Watkins, the process began at 9:00 a.m. today, Monday, November 30, 2020. However, she and a small number of employees were in office last night preparing for the recount. Different from the recent recount in the news where the state aligned the recount in Georgia with a scheduled audit, this time, the county’s Elections and Probate employees are re-running the ballots through the machine counters instead of hand counting them again.

Watkins said this means the recount will be much faster than last time, unless any issues arise. Something that has already happened today when Watkins said they had a “hiccup” in the machine process that required a call Dominion for aid in loading and beginning the count. She also said they had another issue when trying to count large numbers of ballots quickly. Now, they are counting ballots 50-at-a-time.

Even with these setbacks, Watkins said she doesn’t expect this recount to take longer than today or part of tomorrow. She noted that she was willing to stay after 5 today to get the recount done if the staff was willing, but she was hopeful that it may not even need a late night. 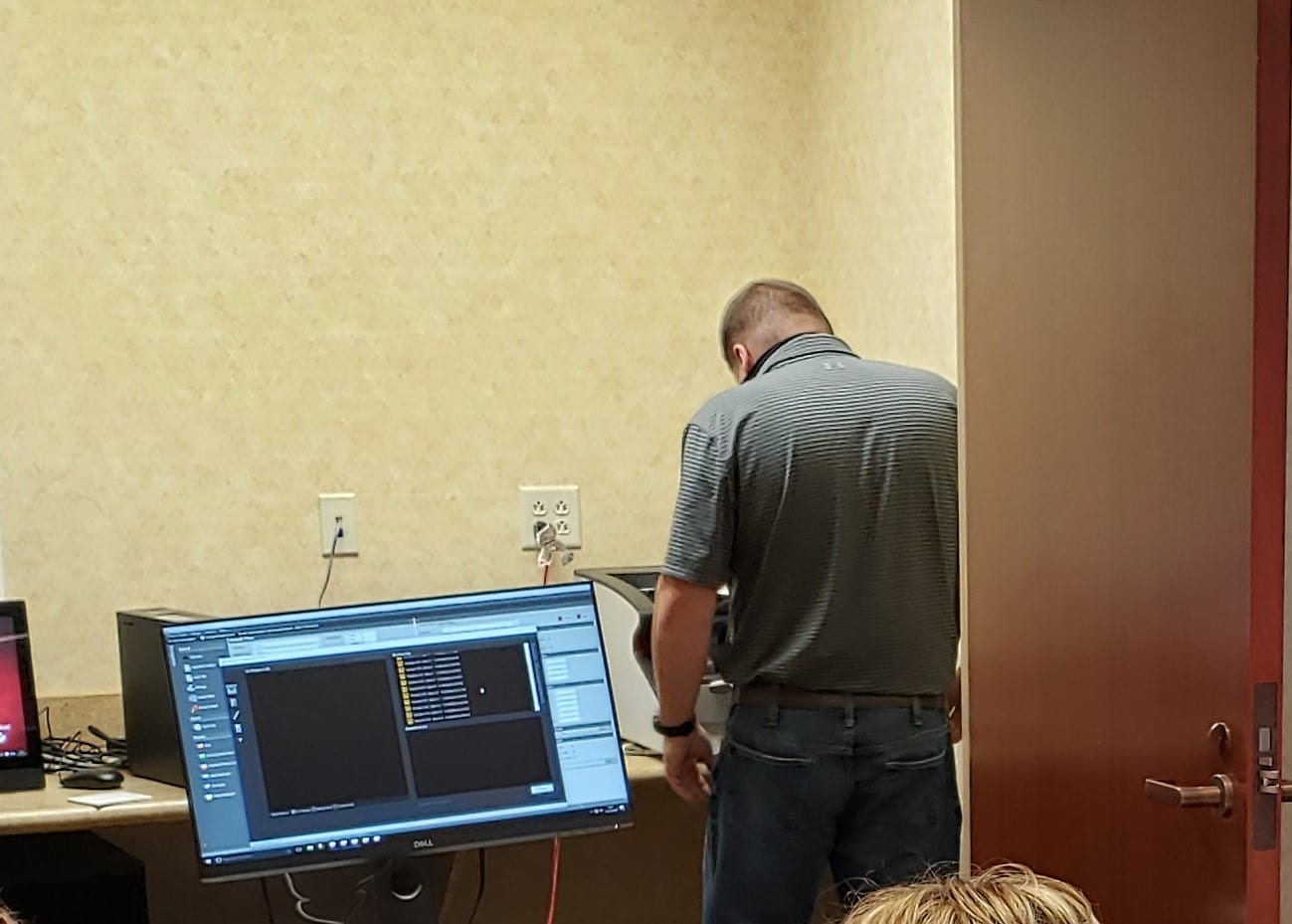 Watkins said that the counters had to be wiped for the recount, but the original voting machines haven’t been cleared yet. She also noted that elections keeps a copy of the elections counts and votes for two years on a back-up system before deleting them.

Watkins said they are again only recounting the presidential election during the recount and are using the full review system through the review board.

Watkins said that she doesn’t expect any issues, but if something does come up in error, they would immediately respond to the state to find out the issue, either to find an issue with their input that caused something or an actual election error.

The confidence was shared as even Republican Party Representative and local GOP Chair Richie Stone, who was present as a monitor of the recount, said that he did not expect any issues in county like Gilmer. Stone said, “I don’t expect Gilmer County to be any different. We have honest people in charge here.”

After the recent Georgia-only recount showed matching results, not many are expecting a difference to appear now. However, Watkins said she is still working diligently through the process because, as she said, “it’s possible.”

However, it’s also stressful in our county, Watkins said she is operating the recount as ordered, but she noted that the registrars and elections in Gilmer could be readying ballots today to go out for the coming runoff in early January. “It’s taking me and my staff away from doing that,” said Watkins when asked about having to do two recounts now.

Watkins noted that she is once again expecting a “higher than normal” turnout for the runoff, but maybe not as many as voted in the presidential election. Early voting for that election begins on December 14 and their are still several key offices up for vote like senate seats for David Perdue and Jon Ossoff or Kelly Loeffler and Raphael Warnock.

This is also pushing unusual days as this early voting will be going on during Christmas and New Years. Watkins said she is expecting to have early voting closed for Christmas Eve and Christmas Day, December 24 and 25, as well as for New Year’s Day, January 1, which is actually the final day of early voting. This means Gilmer’s final day of early voting would be the last day of the year, December 31. Watkins was quick to note that this could be subject to change based on circumstances. But as of right now, early voters could cast their vote through New Year’s Eve.