The Whitfield commissioners saw red as residents showed up to let them know they opposed a mask mandate. A wave of Whitfield County residents turned out, most wearing red shirts, to tell the county board of commissioners they 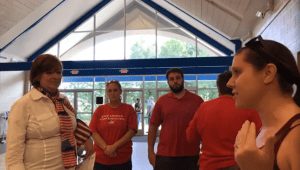 Lindsey Koetje speaks to a group outside the Whitfield County Commissioner’s work session, thanking them for turning out. The board discussed and in a split decision, was against pursuing a mask mandate. No vote was scheduled for Monday’s meeting as it was a work session.

opposed a mask mandate on Monday. Although, they were told at the beginning of the meeting,  by Chairman Lynn Laughter, they would not be able to comment or question Zachary Taylor, District Health Director for the Georgia Department of Public Health for the North Georgia Region. Those in attendance were also told the board of commissioners would discuss the information. No vote was on the  agenda as Monday’s meeting was a work session.

He stated there are currently 3,861 cases in Gordon and Whitfield and 47 deaths.

“The rate of cases has slowed down, but we are still getting new cases every day. Our strategy now is to continue to slow the rate of cases and flatten the curve to buy us time for treatments and to find a vaccine that works,” Taylor said.

Taylor said he wanted to clear up misinformation regarding the effectiveness of masks. “There is plenty of evidence that wearing them stops the transmission.”

When questioned about where to find these studies, Taylor said he couldn’t recall where the study was, but that 172 studies were compared and analyzed that concluded masks are effective, but he could  not answer when or where it was published.

When Lindsey Koetje asked if it were a recent study that was retracted, he said “no.”

When Laughter called out the people who were asking, one responded by saying “You said he was going to be presenting facts.”

“These are the facts, even if you don’t like them,” said Laughter. 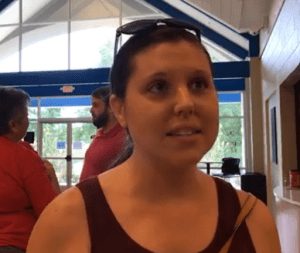 Lindsey Koetje used Facebook and Instagram to get the word out that the Whitfield Board of Commissioners were going to discuss a possible mask mandate at Monday’s meeting. She encouraged everyone to wear red to show their unity for personal choice.

He went on to say that masks do not impose breathing impairments on healthy people. “If it did, health care workers would be dropping like flies.”

Greg Jones, commissioner, told the board he felt the public should be heard. “We listened to (Zachary Taylor), we should listen to the public.”

Laughter said the work agenda was long and they would run over, cutting into a different meeting that would start at six. The work session began at five o’clock. “I don’t mind scheduling another  meeting to get public input,” she said.

While the crowd murmured in agreement to be heard, Jones told Laughter that they’d gone over in meetings before.

Roger Crossen, commissioner, agreed. “I took an oath when I enlisted and I’ve taken an oath when I was sworn in as a commissioner, to uphold the Constitution. I won’t take away your rights.” Crossen went on to say “If you see someone out there not wearing a mask and you call the police on them, they have better things to do. Now, if a business wants to require a mask, then that’s between you and them if you want to do business with them.”

Their sentiments were echoed by commissioners Barry Robbins and Harold Booker, who attended via phone conferencing.

Laughter asked those in attendance, 50 were allowed in the work session, who was opposed to a mask mandate. About 48 hands went up. When asked who supported a mask mandate, three, including Laughter’s hand raised.

The Whitfield County Commissioners voiced their personal and professional opinions on a mask mandate. Four of the five told the heavily attended meeting they would not infringe on their rights by mandating masks be worn.

Laughter said she wanted to express her views and asked that she not be booed. The crowd remained quiet as she spoke. “To me, it’s such a simple thing. Do unto others as you want done unto you.” Laughter went on to say she’d not seen her 92-year-old mother in five months because the facility where she lives won’t allow visitors. She also cautioned those in attendance that what Whitfield County decided only applied to unincorporated areas in the county. Dalton, Varnell and Cohutta would make decisions regarding a mandate.

“All the red shirts are here for a show of unity and to thank our commissioners for standing up for our freedom,” said Lindsey Koetje, who rallied the residents and encouraged them to wear red shirts. When asked if the color stood for the Republican party, Koetje said no, that she selected a random color but since Dalton school colors were red and Georgia Bulldogs were red, she felt most people would have red in their closet.

Koetje told a group of about a group in the lobby that she appreciated them coming out. “I made sure they looked outside and saw how many people were out there wearing red. It put a smile on their faces. Showing up made a difference.”

She said after the meeting that it was simply a matter of personal choice. “It’s not right to make anyone breathe in their own bodily waste. It should be a choice.”

See video at FetchYourNews.com or below: 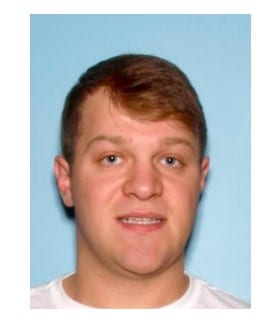 In the second case, Harry allegedly submitted a false claim for Pet Insurance, again providing forged documents.
Insurance fraud is a felony punishable by imprisonment for two to 10 years, or by a fine of up to $10,000.00, or
both. To report suspected insurance fraud, contact the Georgia Department of Insurance at 800-656-2298. Callers
can choose to remain anonymous.

The mission of the Office of the Insurance and Safety Fire Commissioner is to protect Georgia families
by providing access to vital insurance products and safe buildings through fair regulation
that creates economic opportunities for all Georgians.

In other news, earlier this week a multistate high-speed chase went through Whitfield.