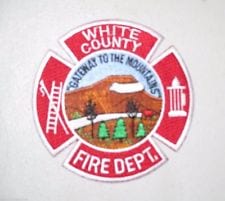 WHITE COUNTY, Ga. – White County firefighters were summoned to a fire at 101 Adventure Way in Mountain Lakes at 11:30 p.m. Monday.

Fire units arrived and found a three-story multi-apartment type rental cabin about 60 percent involved. They made a defensive attack knocking the fire down until firefighters could make entry.  Firefighters made an interior attack stopping the fire from spreading into the other apartments.

Only one apartment had fire damage the others had smoke damage. Cleveland Fire, Helen Fire, Lee Arrendale Correctional Institute and White County EMS along with State Fire Marshal responded, firefighters cleared the scene at 3:30 AM today.

The cause of the blaze is under investigation and no injuries were reported.