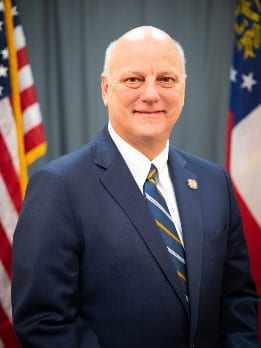 “We were very upset that Brad Raffensperger entered into an agreement with Stacey Abrams and the Democrats on signatures and absentee ballots that we didn’t have any say on as a General Assembly, and we believed we should have had a vote on that. We were very concerned that we weren’t following state law,” Beach commented.

The Senate Judiciary Special Subcommittee on Elections held a second hearing on December 30 with another five hours of testimony about voting irregularities. Beach mentioned being “appalled” that Judge Leslie Abrams Garner, Stacey Abrams’s sister. The judge didn’t recuse herself from the voting registration case asking for 4,000 change-of-address to be removed from the rolls. Raffensperger stated opposition to the judge’s decision.

One witness Jovan Pultizer, a self-described inventor, claimed he could authenticate Fulton County’s ballots within a couple of hours through kinematic artifacts. Apparently, he can determine counterfeit marks, printing, folds, etc.

“[Fulton County] is incompetent. They don’t get the results to you until two or three in the morning. You add 500,000 absentee ballots, and it’s a recipe for disaster, mischief, shenanigans, and fraud. I think that is what happened in Fulton County. I’ve never had any confidence in Fulton County for 26 years,” Beach added.

The Judiciary Subcommittee sent a letter to Fulton County asking elections officials to turn over absentee ballots to Pultizer and the Cheeley Law Group. Senate Pro Temp Butch Miller (R – Gainesville) called Raffensperger to ensure Fulton follows through with that process. The committee doesn’t have subpoena power to enforce these letters, but they will look into creating subpoena power next session.

Voter Implementation Manager, Gabriel Sterling, confirmed this week that a Maryland woman listed his home address as her own and tried to vote. Sterling’s been the Secretary of State’s Office’s face for most press conferences following the November election. However, he’s a contractor receiving $200,000 before returning to his state job as chief operating officer.

“Brad Raffensperger out to be the one behind that podium,” Beach remarked. “He was elected, and Gabe Sterling was not, nor was Jordan Fuchs, but they’re running the Secretary of State’s Office.”

The money used to secure Sterling’s contract money came from bond money, and Georgia must pay 3.7 percent interest on it until 2037.

“That is not a good steward of taxpayer money,” Beach stated. “I would never have made that deal.”

The senator doesn’t believe Raffensperger or his office possess any “urgency” to protect Georgia voters when it comes to the drop boxes, the chain of custody, or the mobile unit in Fulton County.

As for the drop boxes, each one should follow a chain of custody with two people picking up the ballots and then directing dropping them off at the registrar and elections office. Beach received evidence when ballots were picked up on October 22 and not delivered until October 25.

“Why were they three days later arriving at the county elections office? That is breaking the chain of custody. It leads you to believe there was some mischief,” Beach said. “I have no confidence in the Secretary of State’s Office to do anything between now and January 5.”

130+ ballot drop boxes are in the metro area. The grant money for these boxes came from third parties, not the state of Georgia.

The latest audit from the Secretary of State’s Office didn’t find any evidence of voter fraud.