JASPER, Ga. – The Pickens Board of Education held another emergency called meeting today for the Superintendent position, planned since their three-hour executive session on Friday.

Today, however, saw a large increase in the number of people attending the meeting. The Board allowed 20 people inside along with press members while the excess citizens remained in the foyer.

The crowd did not stay silent before and after the meeting, voicing displeasure in expected action, and then actual action, from the Board during the meeting.

With yet another 3-2 vote, the BOE voted to renegotiate terms and contracts with Superintendent Townsend, desiring to move him elsewhere in the education system. A move that one citizen said they would do while they were in executive session, calling it an attempt to avoid paying a “$500,000 buyout.” And indeed, Board Chair Sue Finley said the board hopes to make this a budget neutral transition.

Board Member Tucker Green said about the vote to modify Townsend’s contract, “I will vote to oppose this action as I do not believe this is necessary or appropriate. I support Dr. Rick Townsend. I feel he has done a good job for our district during a very difficult time. In the middle of a pandemic and situations that we are, we need stability and a steady hand at the helm. I do not agree with this. I don’t think it’s necessary, so, I will oppose.” 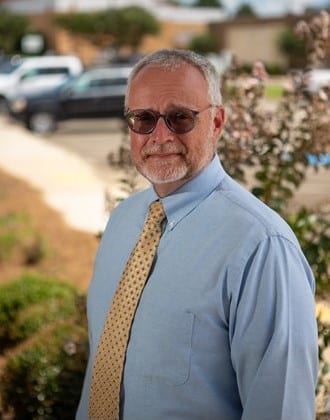 With both votes set, the Board of Education is moving forward with the process and negotiations. FYN clarified this with Board Attorney Phil Landrum, III, who confirmed that, technically speaking, the Board has two Superintendents at this time. He said the Interim is in place as negotiations move forward with Dr. Rick Townsend and his attorney.

When asked if it is possible to have two Superintendents, Landrum stated, “You can, you don’t really usually see it.”

Landrum declined to comment on specific positions or if any were discussed, instead saying the Board will be looking to put Townsend into a position “where he will be most likely to succeed.”

We have directed our attorney to work with Dr. Townsend’s attorney to modify the terms and duties of his current contract. We hope that we can reach a mutual understanding that is beneficial to all concerned. We intend for this decision to be budget neutral.”

Finley also addressed concerns over various accreditations from state and other agencies saying they are without merit. She said, “Fear mongering for alternative agendas has no place within that discussion.”

However, again clarifying with Landrum, he stated that should negotiations fall through, the board will have to return and decide what to do about his employment and his contract. Landrum declined to comment further on this topic saying it was a Board decision if that should happen. 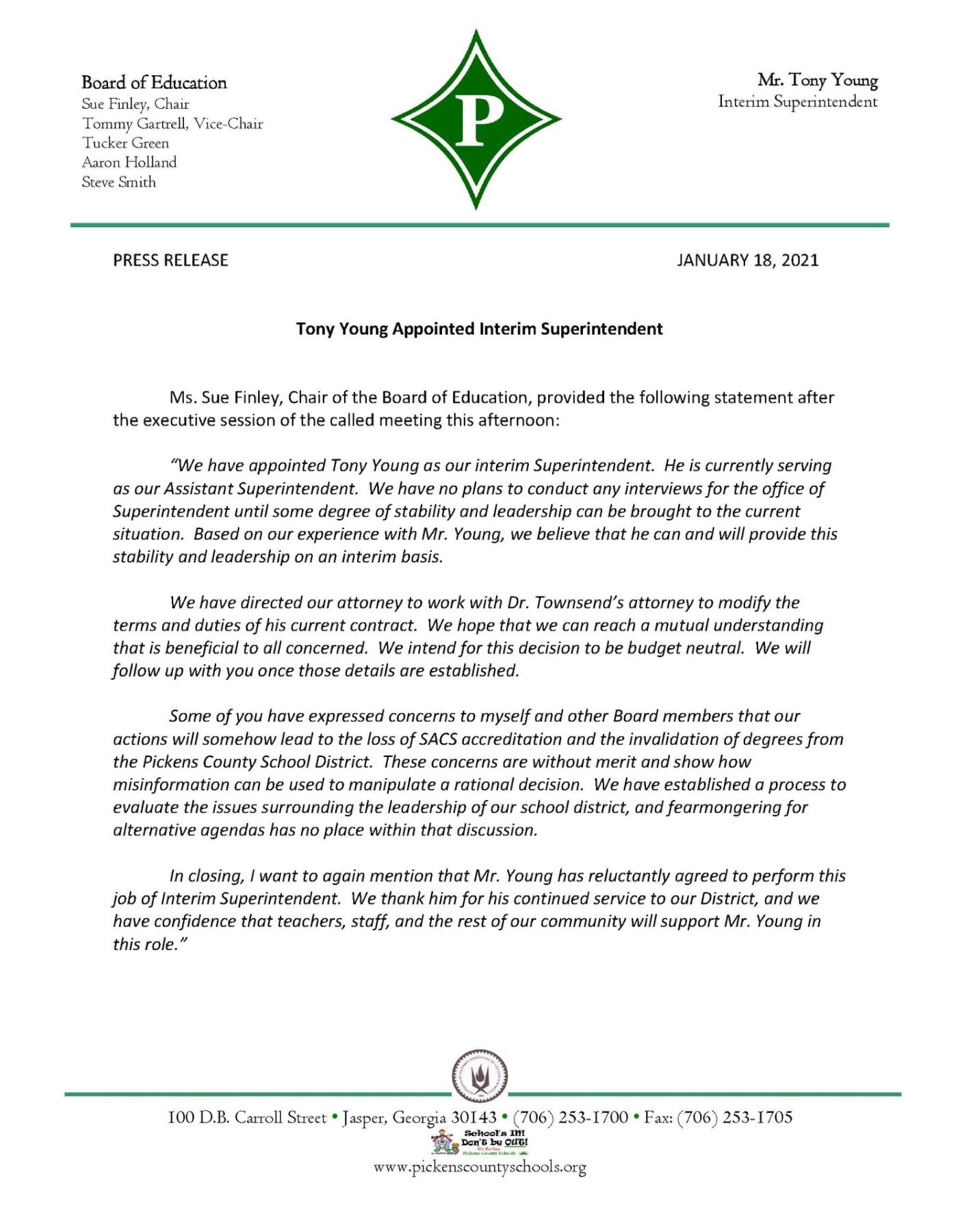 Finley also stated, “Mr. Young has reluctantly agreed to perform this job of Interim Superintendent. We thank him for his continued service to our district and we have confidence our teachers, staff, and the rest of our community will support Mr. Young in this role.”

FYN caught up with Interim Superintendent Young after the meeting to ask him about his reluctance. To which he replied, “I don’t think anyone should excitedly accept a Superintendancy right now with COVID and everything else we’ve got going on. We’ve got an awesome staff. I’ve got confidence in them and I think good things will happen, but it won’t be easy.”

Young will officially be reaching out and taking the reins of the Pickens County School System tomorrow, January 19, 2021.