Whitener’s letter stated that the zoning ordinance has been amended 10 times in 23 years. She added that during her eleven-plus years on the council that two different zoning administrators recommended lowering the building height in the central business district to 45 feet. It’s currently set at 60 feet. Whitener claimed that three different councils unanimously agreed each time to leave the ordinance height alone.

She commented that she’s not in favor of 60 feet or the proposed 35 feet, citing many buildings in Blue Ridge are over 35 feet.

Whitener recommended the council and planning commission attend in-depth zoning and planning training by reaching out to the Regional Commission, Carl Vinson Institute, or other organizations.

Some of those on Blue Ridge City Council have expressed their opinion concerning Whitener’s letter over social media.

Rhonda Thompson said, “you’re absolutely right Margaret. This is shameful. Furthermore, the council has never voted on height restrictions in the central business district. That is a grotesquely inaccurate statement.” She added that the ordinance changed 11 times since 1978 and they never voted to change height requirements.

Nathan Fitts commented, “Laughable!! Just an excuse but not a good one. The information the quotes isn’t even accurate.” He also explained that the council’s looking for a third vote to override the mayor’s veto.

The veto will be addressed during the July 13 city council meeting at 5 p.m. in City Hall.

Read the mayor’s response below: 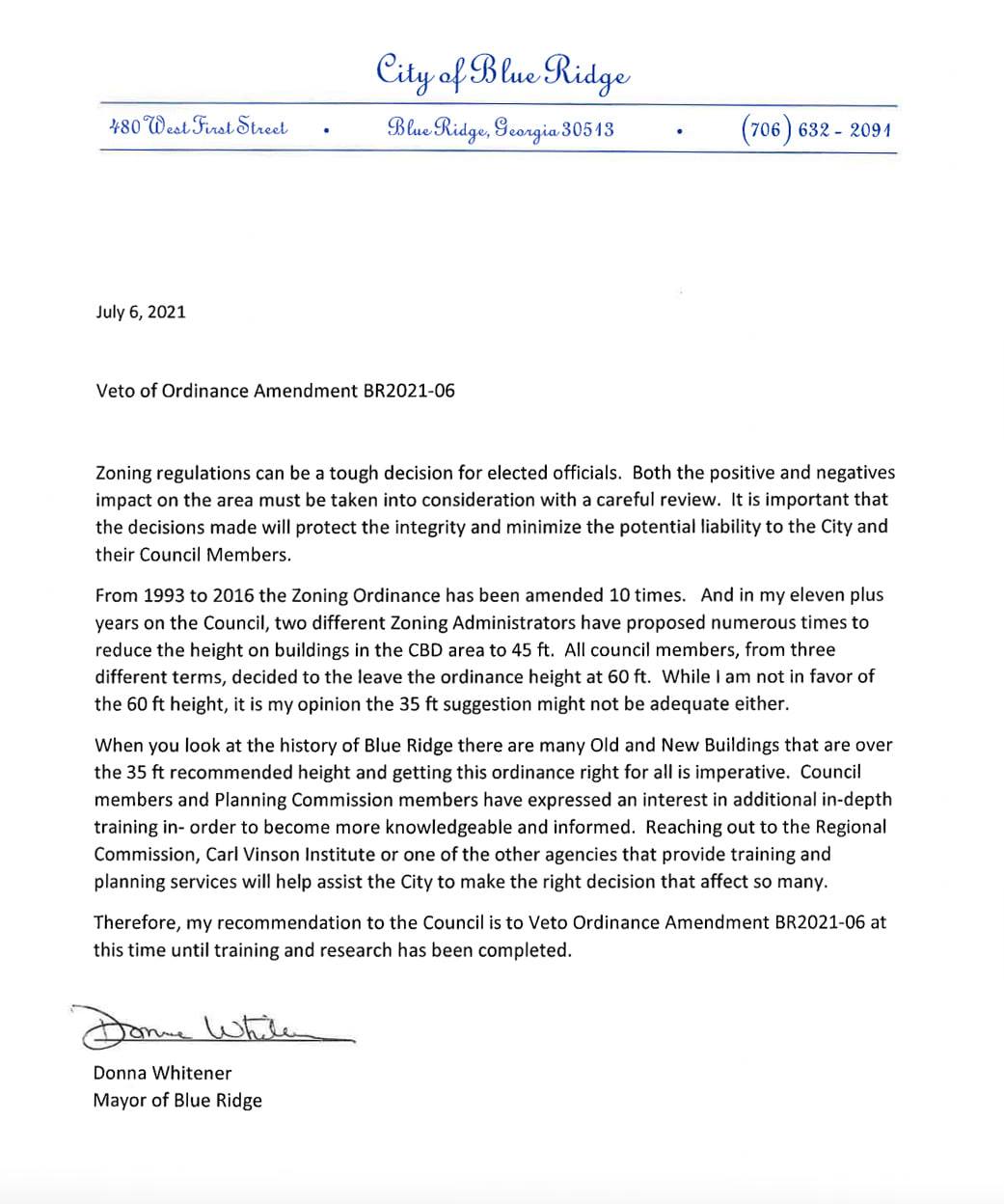