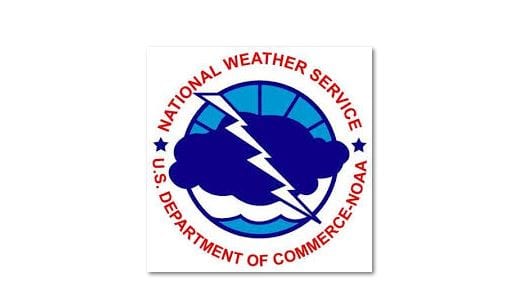 According to the statement released, areas of North Georgia could see increased risks of Flooding “Saturday night through Tuesday.” Public Safety told FYN that they receive their information directly from and work closely with these agencies like GEMA in preparing and readying the local response.

Authorities over the North Georgia Region are currently looking for more information to better estimate the exact amount of rainfall. The current information predicts between 3 and 7 inches of rainfall but the NWS did say there remains a large amount of uncertainty regarding the rainfall totals.

The NWS stated, “The combination of a Gulf tropical low and a cold front will create a one-two punch for Georgia beginning late Saturday and continuing through Tuesday. There remains a good deal of model uncertainty with the timing and coverage of the heaviest precipitation and changes to the forecast rainfall totals can be expected with subsequent forecast packages.”

GEMA’s release was also shared by local Public Safety as they are attempting to give citizens information about the possibility. The release stated, “The highest amounts of 5 to 7 inches are expected over portions of north and northeast Georgia where the topography will enhance rainfall activity.”

Part of the reason for concern comes as the recent storms in the area have kept streamflow normal at most river gage locations. The heat and dryness could help soil absorb some rain, but “persistent heavy rainfall over an area will create runoff issues quickly, especially across urban areas and north Georgia’s complex terrain.”

With this advisory, authorities are suggesting that people consider the possibility and prepare by cleaning drainage systems on or around their homes and property. As Gilmer is heavily rural, quickly accumulating rainfall can also produce widespread flooding of smaller, fast-responding creeks in the area.

Stay alert to changing forecasts. “A Flash Flood or Flood Watch may be issued for portions of north and central Georgia in the next 24 to 48 hours if forecast totals remain similar.”

Gilmer has had a number of devastating storms in recent years, many locals know which creeks and rivers will rapidly rise, for those aware and those unaware, Public Safety is sharing information at this point to keep citizens from potentially being caught off guard.