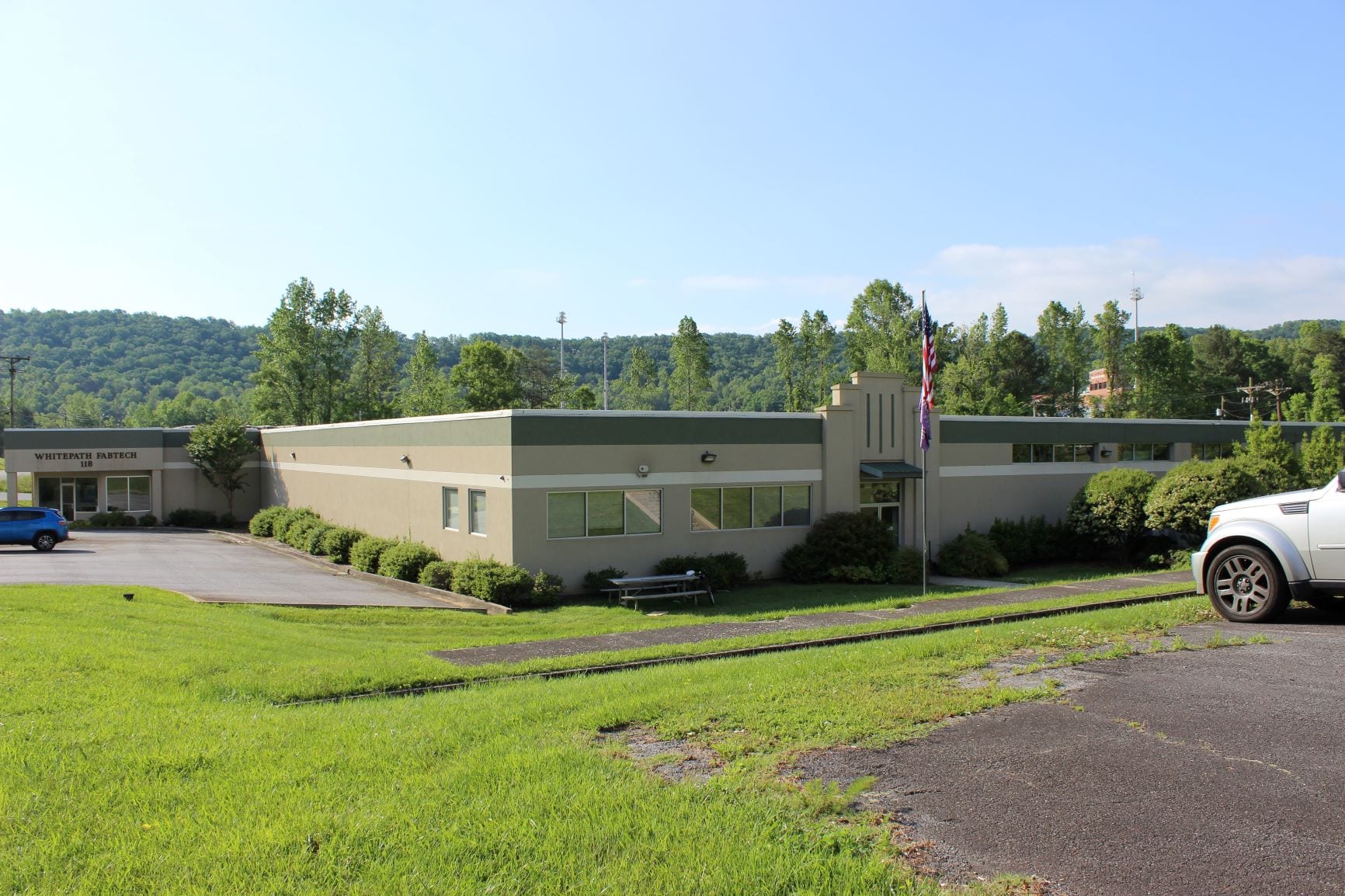 A state-certified asbestos inspector with Contour Engineering surveyed the property on March 17, 2021. They conducted a visual inspection and collected samples for testing. “89 bulk asbestos samples were collected with 106 samples or layers from 55 homogeneous areas of suspect asbestos containing materials from structures.”

Testing identified 12 instances of asbestos containing materials (ACM) inside and outside the building. EPA and OSHA define ACM as materials containing greater than one percent of asbestos. The locations are as follows: 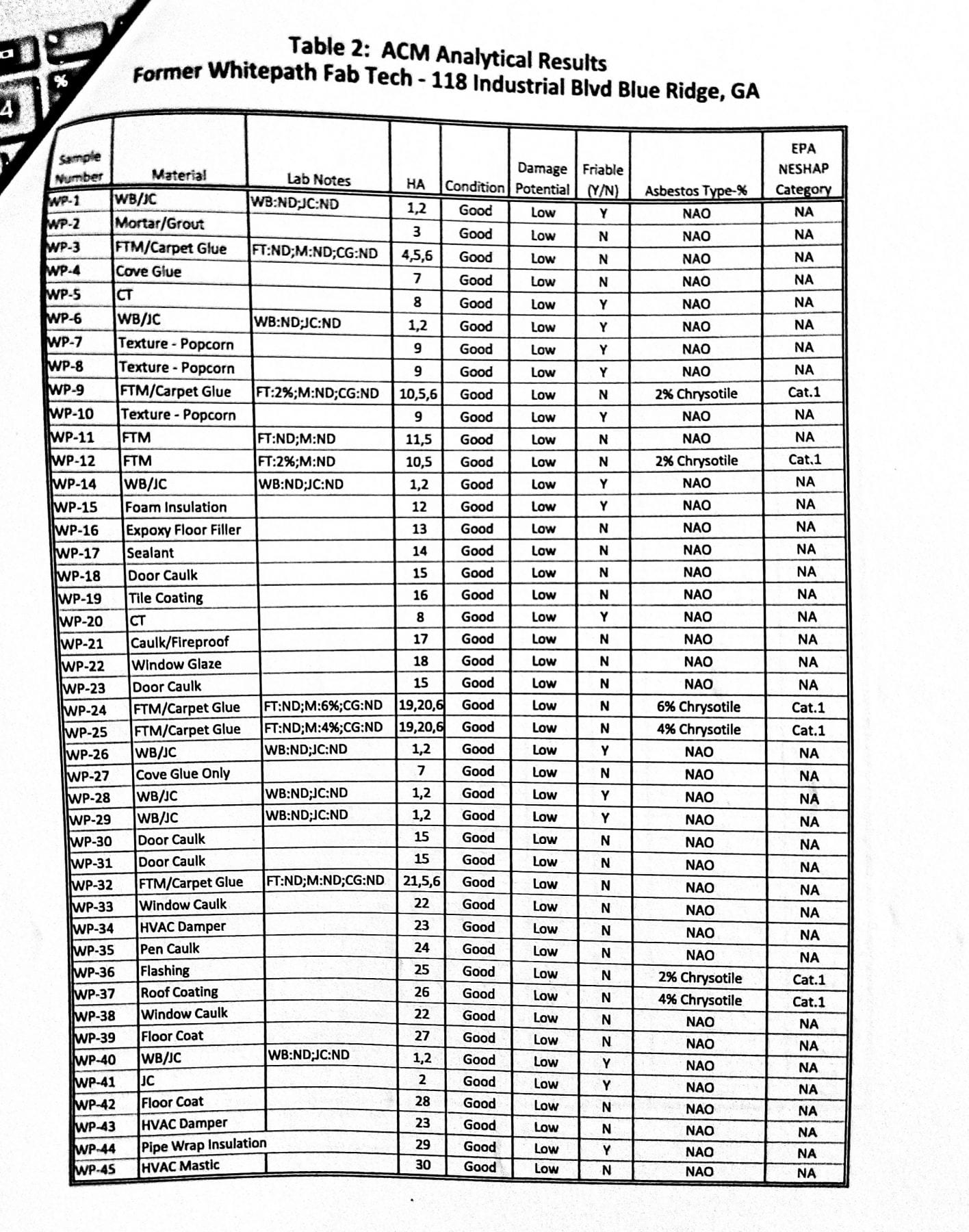 A Georgia Environmental Protection Agency licensed asbestos abatement contractor was recommended to remove and dispose of the asbestos before renovations begin.

All instances of asbestos were non-friable or less likely to release harmful fibers into the air. The type of asbestos was chrysotile, which is the most common and dangerous if inhaled.

Five out of 23 paint samples came back as lead-based paint on the metal door to the basement, wood door to the shop, structure beam, and warehouse structural support. Lead-based paint is defined as a coating with a lead content of 0.5 percent or greater by weight.

During renovations, a contractor must first perform an initial exposure assessment of all workplaces to determine employees’ exposure potential. Also, people who encountered lead-based or containing paint must be monitored.

Two instances of observable mold, six water stains, and 10 active water leaks were located by Contour Engineering. The mold appeared on the wallboards in the front office and on the carpet/ carpet glue in the engineering offices.

Mold grows due to elevated levels of moisture and can potentially release allergens or toxic spores into the air. Roof and window leaks were close to the entrance and offices. The roof leak also produced several instances of standing water inside the warehouse. Contour Engineering recommended visual and air clearance takes place before renovations begin. Further mold remediation depends upon the extent of the renovation plan.

See where the mold and water leaks were located.

Contour Engineering out of Kennesaw investigated the building for the purpose of future renovation by the county. Fannin County purchased the building in 2019 for $1.3 million with the intent to use it for administrative purposes.

Earlier in 2021, Post Two Glenn Patterson requested that Whitepath undergo hazardous material testing to gauge the state of the building. Patterson’s the only remaining board member from 2019 when the commission approved the purchase.

After executive session on Tuesday, Chairman Jamie Hensley said the entire report will be available on the Fannin County website.

FYN will update this story as soon as more details become available. 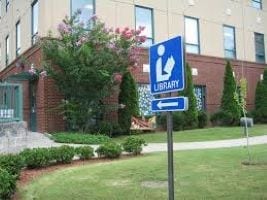 Representing himself and not the library, Lee remarked the state hadn’t released the $1.3 million in funds. Capital outlay projects such as the library operate on a reimbursement basis, paid out after project completion. Additionally, all rules and regulations must be met throughout the process.

“The grant funding is a product of an application being filed to the Georgia Public Library Service, a funding partner’s commitment to also join in a construction project, many library advocates at all levels of public and governmental interests championing the cause, and finally, the state of Georgia legislature approving the sale of bonds to support the projects the legislature approves. Being a recipient of state of Georgia grant funding for the purpose of a capital outlay project is no small feat. It requires years of diligence, advocating, and sometimes a little luck to be awarded the funds,” Lee stated.

For the library to receive funding, the construction project would need a “funding partner” who would ensure completion. Also, the grant amount is partially determined by the partner’s committed amount. A press release from Representative David Ralston announcing the grants last year stated, “local government will provide an additional $582,000 for a total project cost of $1,965,000.”

Once Georgia State Financing and Investment Commission (GSFIC) approved the sale of bonds for a project, a timeline for using those goes into place. Fannin County and the library were given a five-year window to start the project.

At a previous commissioners’ meeting, they floated the idea of the library reimbursing the county for its portion of the WhitePath building. A new library wasn’t listed as a project on the current SPLOST, so it brought up the discussion topic of if the citizens didn’t vote for a new library, can it be included. A large group did want a library on the SPLOST.

Lee clarified GSFIC state funds can’t be used “for the purchase of land or location, be used as a reimbursement for a completed project, or reimburse an existing account of funding such as a SPLOST account.” The money can only go toward constructing a new facility, rehabilitate an existing library or alternate location, and furnishing the library.

Project cost can’t be determined at this time because neither the local nor regional board of trustees knows for certain where the library will go. They haven’t hired an architect, construction firm, or design firm because the Whitepath situation is still unsettled. It’s irresponsible to use public funds for a project that might not come to pass.

He also stressed that it shouldn’t be taken for granted that if the funds aren’t used, then another capital outlay grant will readily become available. Fannin would be placed back on the grant list, but other counties also need new facilities. 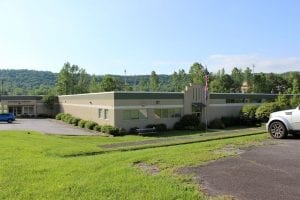 Lee added, “These state grants are competitive. There are over 400 public libraries in Georgia, and there are always new library projects being added to the capital outlay menu. On average, only three to five capital outlay projects are approved by the state legislature annually.”

He ended by thanking the commissioners for their efforts to provide “seismic library service improvements.”

Fannin library’s been searching for a permanent home since at least the early 2000s when it was demolished for the new courthouse.