CHERRY LOG, Ga. – Today the GBI released a video pointing out a specific person of interest that they are searching for.

The GBI is requesting the public’s assistance in identifying and locating the woman in this video.

According to the GBI’s Press Release, the woman is one of the last people to interact with the victim, Rossana Delgado. This video was noted in other reports and was taken on April 16, 2021. As one of the final people to see Delgado, GBI are seeking more information. The GBI has identified four suspects and has already released information seeking the identity of an unknown fifth suspect.

Now, this person of interest could have vital information on the case, the GBI is asking that anyone with information call the GBI Tipline at 1-800-597-TIPS(8477), report the information online at https://gbi.georgia.gov/submit-tips-online, or by downloading the mobile app, See Something Send Something. 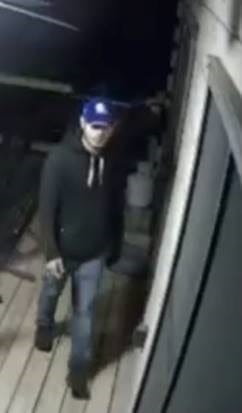 GILMER COUNTY, Ga. – The Georgia Bureau of Investigation (GBI) has released a photo of the fifth suspect mentioned in their former release. Along with this comes their request for the public’s assistance with identifying the fifth suspect.

Suspected in part of the murder of Rossana Delgado, these pictures were given with the request that anyone with information is asked to call the GBI Tipline at 1-800-597-TIPS(8477), report the information online at https://gbi.georgia.gov/submit-tips-online or by downloading the mobile app, See Something Send Something.

The murder investigation is still ongoing and authorities are still investigating, as such they are warning citizens against interfering. Instead, as stated in yesterday’s press release, Citizens are encouraged to help police by offering any tips and information, “If you see any of these individuals do not approach them, call 911 immediately.”

This fifth suspect is still unnamed and authorities are searching for any and all information on their whereabouts.