DDA Chairman Cesar Martinez addressed the working relationship between the two groups. He stressed that they both need to be together on issues like parking, economic development, or signage. He asked for the city to include the DDA in conversations about projects that fall under their authority.

“We can’t be two separate organizations going after the same thing. We need to be together. If it’s a project that we’re working on with the city, then we need to be involved in that,” Martinez explained.

Councilmember Nathan Fitts, who’s Vice Chairman and on the city council, added he’s previously told his peers that they need to let the DDA “do their job and be involved.” He cited that some people left the DDA because of a lack of communication between the two organizations. 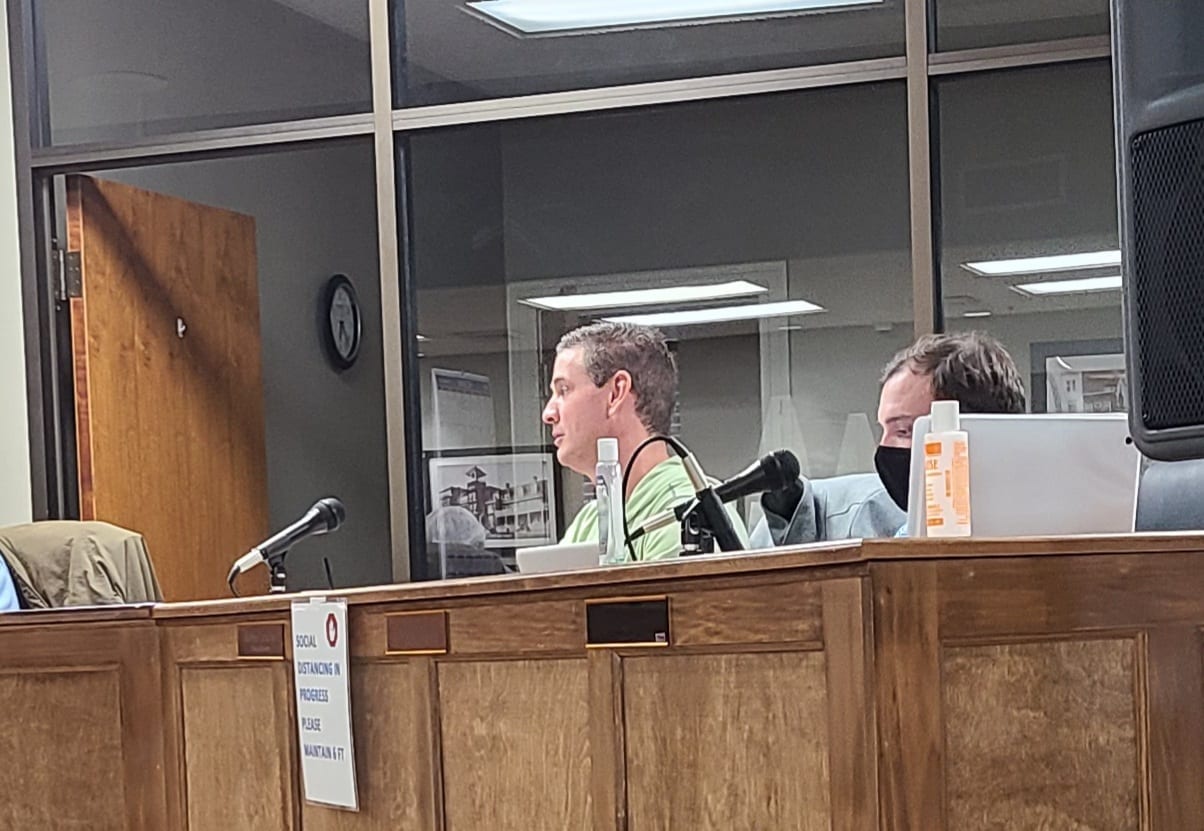 Later in the meeting, Mayor Donna Whitener asked if the council had been asked for anything aside parking. Martinez confirmed that they had not been. The DDA must run decisions by the council before final decisions are made.

“More than anything else in our relationship going forward, we need to be thinking about each other and how those conversations are built,” Martinez ended.

The DDA design committee hopes to designate parking and place wayfinding signage throughout the community as part of the phase 1 planning.

Martinez, who’s serving as temporary parking director, began the discussion and stated the biggest issue they’re trying to address was clearly identifying lots throughout Blue Ridge. The design committee and Director Nichole Potzauf presented signage options during the meeting. The second accomplishment was the paving and striping of the city lot by TrueFit. However, Blue Ridge still needs more parking, according to Martinez.

The new garage with around 200 spaces should be open this spring.

“There’s more parking that’s going to be needed as the city continues to grow and we really have to turn our vision toward what our needs are going to be two years, five years, ten years down the road,” Martinez remarked. “In terms of parking, I don’t think we can afford not to spend money on it.”

Fitts called it an “urgent matter” that the city has needed to address for ten years and that some on the council aren’t as fervently supporting as before.

Laughing Councilmember Rhonda Haight expressed “A, B, and C.” Martinez explained that all parties are equally important, and the tourists help keep the tax rate low.

Panter agreed no one group was more important, but he didn’t believe a hundred of their effort and revenue should go toward parking.

Fitts and Haight jumped in about parking generating its own revenue and can pay for itself. According to Haight, the city’s making $16,000 to $20,000 a month in parking.

“You go downtown at 9 o’clock or 15 till 9 during the week, most of the parking spots that are full are business owners or their employees. So, you hear them complaining about parking, but they’re parking in front of their own business that’s a problem,” Panter stated. “You’ve got 1,200 citizens who live within walking distance and they’re saying all the time, my phone’s blowing up. They’re calling me all the time saying ‘why is the focus on parking? Why is it not on water or different infrastructure?’”

Haight explained they’ve found alternative areas for parking, but the council needs to pursue those options. She added a meter box could be placed on the main street where customers would park, and city residents wouldn’t have to pay.

Martinez commented, “The way to handle that is to put paid parking in downtown and also make sure that alternative parking for the store owners and employees can park at for free.”

However, alternative spaces need to be created before they can put paid parking in downtown. If paid parking meters are used downtown, they might feature the first hour or 30 minutes free. Not everyone’s in favor of meters. Martinez stressed the need for having options for the business owners before plowing ahead with downtown. The DDA and city also need to consider if they are going to purchase a land lot for parking. The paid lots haven’t generated enough revenue yet to purchase land.

In 2018, when the city first leased the temple property for parking, they made $22,000. DDA and Blue Ridge would have to work together to move ahead with parking.

“It’s time either this council take responsibility and do something, or you just tell the townspeople, it’s your problem,” Haight asserted.

The idea of telling business owners and employees to park at city hall was floated to the room. Haight commented that no one will voluntarily move to city hall unless they are properly motivated.

Fitts brought up that the property’s scarce in downtown Blue Ridge and if they wait much longer opportunities will be lost. Once that happens, a parking garage would be the remaining route for the council.

After the joint meeting ended, the DDA passed a resolution for the Georgia Cities Foundation loan to benefit Mountain Hospitality Group.