The song Battle Hymn of the Republic was written by Julia Ward Howe during the Civil War as a pro-Union, anti-slavery anthem. Its lyrics, “Mine eyes have seen the glory of the coming of the Lord . . . His truth is marching on” provided troops with a marching cadance. In Mark 13:26 Jesus declared upon His return, “Then they will see the Son of Man coming in the clouds with great power and glory.” The Hymn continues with, “As He died to make men holy; let us live to make men free,” a reference to freeing the slaves. Since so many are slaves to sin, I’ll close with John 8:32, “You shall know the truth, and the truth shall set you free.”

Written And Submitted By Stephen A. Brown, Marketplace Ministries, inc.

HAPPY NEW YEAR! Inspiration speaker Dale Carnegie wrote that happiness is getting what you want. Dale was wrong. In the mid 1990’s ABC TV aired a one-hour special on Happiness. A young lady who won a 26 million dollar lottery was ask if it made her happy; she replied “Not really.” Troy Aikman, MVP of SuperBowl XXV11 was ask if he was happy; his response was “Is this all there is?” Members of the Royal Family were interviewed to see if their position made them happy; all said “No.”  A new job, home, or car may produce temporary happiness; but there’s always something better to wish for. So, how can we have a Happy New Year? The Bible answers that in Psalm 144:15, “Happy are the people whose God is the Lord.”

Written and Submitted By: Stephen A. Brown, Marketplace Ministries, inc.

1 Thessalonians 5:8 (paraphrase) Let those of us who live in the light wear faith and love, and a helmet of hope. I read about a couple who discovered in an attic trunk, the torn, dirt and blood stained jersey of pro football running back Gayle Sayers of the Chicago Bears. The wife remembered that her dad has season tickets during that time, but didn’t know how he got the jersey. It was valued at $30,000; the appraiser explained the battering this jersey took made it more valuable. Battered believers are valued by God for we have been hit multiple times, but get up to run another play.

Written And Submitted By: Stephen A. Brown, Marketplace Ministries, inc.

Proverbs 3:34 “God resists the proud, but gives grace to the humble.” Humility is not thinking less of yourself; its thinking of yourself less. Jesus told his disciples that the greatest one among them was a servant; and He came to serve, not to be served. Paul wrote of his desire to decrease, so Christ could increase. Following the Sugar Bowl, University of Georgia quarterback Jack Fromm, in an interview, credited his team mates with the win. 1 Peter 5:6 “Therefore, humble yourselves under the mighty hand of God, that He may exalt you in due time:”

Written and Submitted By: Stephen A. Brown, Marketplace Ministries, inc.

PRAY FOR MERRITT FAMILY – RECENT PASSING OF CARL LEWIS “BUCK” MERRITT; MY WIFE’S UNCLE. I HAD THE PRIVILEGE OF CONDUCTING HIS FUNERAL SERVICE, INCLUDING AIR FORCE HONOR GUARD AT HILL-N-DALE CEMETERY, LITHONIA, GA.

Exodus 20:3, “You shall have no other gods before Me.”  D.L.Moody wrote, “Whatever you love more than God is your idol.”  I was invited to be the guest speaker at a Christian men’s dinner.  After reciting Exodus 20:3, I advised the men we carry an idol in our pockets; pulling out a $1.00 bill and waiving it in the air. Show-and-tell time. After sharing stories of fortune seekers suffering from depression, I shared this scripture: 1 Timothy 6:10, “For the love of money is a root of all kinds of evil . . .” Deuteronomy 6:5, “You shall love the Lord your God with all your heart, with all your soul, and with all your might.”

Written and submitted by: Stephen A. Brown, Marketplace Ministries, inc

J. Greham Machen wrote, “Nothing surprises God; all things that happen are absolutely certain from all eternity because they are all embraced in God’s eternal plan.” I don’t understand why things happen the way they do; but I’m glad to know the One who does. Regardless of what’s happening with government, the stock market, or terrorism, we know He has a personal plan for each of us. Claim God’s promise as written in Jeremiah 29:11, “For I know the plans I have for you, says the Lord, plans of peace and not of evil, to give you a future and a hope.”

Proverbs 19:5, “A false witness will not go unpunished, and he who speaks lies will not escape.”  Truth is relative today; its what an individual thinks is true, even if it’s not. I’m bothered that people believe what they’re told, rather than investigating the facts. I learned early on in my insurance career not to accept the word of others. FAKE NEWS by agencies has shaped the minds of listeners. Jesus called Satan the father of lies. Roger Ailes took over Fox News in 2001 and moved the station to what he calls a “fair and balanced truth from a conservative perspective”  God’s word is the truth, the whole truth, and nothing but the truth. 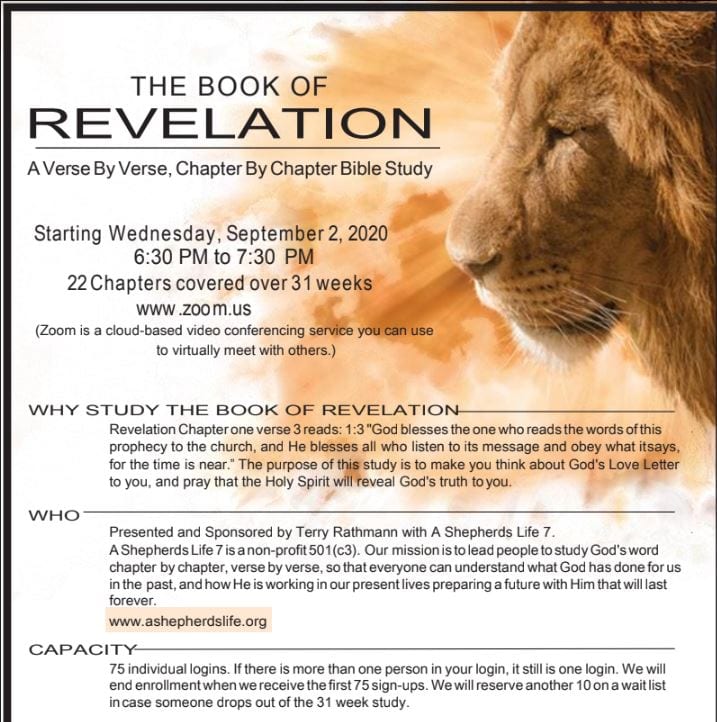