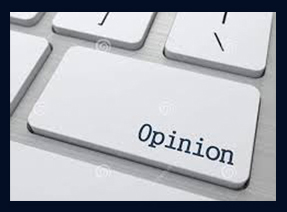 I’m a 67 year old woman, a wife, a mother, a grandmother, sister, etc. I’ve taught school, coached, and volunteered on many occasions. I am appalled that any woman would vote for Hillary Clinton. We, as a country, have experienced the first black (he never acknowledges that he’s also half white) President for the past 7 and a half years. He ran on “hope and change” and could have been the “black” President that united this country on all fronts. He could have made a place for himself as the “great uniter,” someone who led this country and made us all feel good as Americans who welcome all races, faiths, genders, etc. Instead and because of his lack of leadership, he became the “great divider” (and Liar-in-Chief), pitting black against white, men against women, rich against poor, Americans against each other! I’ve lived in this country, worked in this country, and voted in this country, and never have I seen anything like it! Now, women want to elect the most corrupt, dishonest politician in American history because she’s a woman!! Why would we ever want to repeat our last mistake with someone who lies, who has no integrity, who wants nothing but power, who has colluded with the DOJ, White House, and media, and, by the way, has called women as bad if not worse things than Donald Trump! Why can’t we wait for a woman who has integrity, who would and could bring dignity back to a very failed White House! That is not Hillary Clinton!

Hillary Clinton has had the opportunity to make a difference as First Lady, as a New York Senator, and as Secretary of State. Not only has she accomplished nothing as a political figure, but has, instead, belittled and discredited the women her husband violated, voted for wars and poor trade deals, allowed 4 Americans to die in Benghazi, while lying to their families (and bragging that under her watch NO Americans were killed in Libya), used and lied about an illegal form of communication not only with the State Department but everyone else she emailed during her tenure, thinks she’s “above” ordinary Americans, lies with impunity, and the list goes on. Over the years she and her organization are guilty of numerous illegal offenses but because she’s made deals with everyone (probably the “devil” himself), she’s constantly given a pass. The Obama Administration with the assistance of the press has allowed her and at least 5 (probably more) of her staff immunity on offenses that other Americans would be prosecuted for in very harsh fashion! We know what we’ll get with Hillary: mass immigration, higher taxes, a higher death tax (shouldn’t our children be entitled to anything we have left?), cronyism, continued turmoil in the Middle East (which she can take partial credit for), a continuation of Iran nuclear power, more welfare(“freebies” everywhere), more divide, more regulations, a “politician” with politics as usual, and a step closer to Socialism. This country can’t survive a Hillary Presidency!!

Donald Trump was not my first choice. In this case, however, the unknown is certainly better than what we know Hillary will do!! Actually, we really don’t know what Donald will do! He’s a very successful business man who loves this country! If children are a reflection of their parents, he’s certainly done an amazing job raising them! His grown children are successful and have impressive resumes! Is he rough around the edges? Yes! Has he said unsavory and stupid things? Yes, and haven’t we all – and, yet, a lot of people are “casting the first stone!” Winston Churchill was considered rude, crude, and not well-liked. God sent him to save England and they are so glad He did!! Trump’s not a politician (thank God) and, while he has potential to be a great leader, I hope he never becomes a “politician” like the ones we now have in our government. If you think there is corruption in government, don’t blame Trump. He’s never been in government. Hillary is a career politician and corrupt!

Hillary continues to say “ Don’t you want to see a Women as President?” Yes and soon!! But that woman needs to be a leader who is honest, trustworthy, and worthy of the position and privilege of being President of the United States, not for power but for love of country!