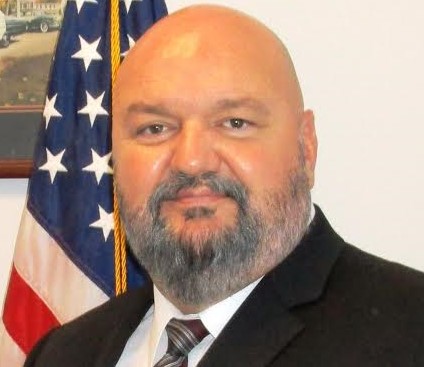 DAWSONVILLE, Ga. – Two weeks after Dawson County Fire and Emergency Services Director Danny Thompson made a heartfelt plea for a pay raise for his employees, Sheriff Jeff Johnson made the same request on behalf of his law enforcement officers during Tuesday’s work session.

During an hour-long presentation, Johnson said the county is facing a public safety crisis as an average of 16 officers leave the sheriff’s office each year for greater pay in both the public and private sector.

Johnson said Dawson County is primarily losing its law enforcement officers to neighboring counties like Hall and Forsyth which have populations in excess of 200,000 and can afford to pay higher wages. Dawson County, with its population of approximately 26,000, pays deputies an average of $7,685 less than those counties, he said.

“This is who we’re competing with. This is who is taking our employees from us. I’m not saying even with pay you’re going to eliminate that. You never will eliminate that. But I think we can take a huge step in minimizing that. Paying our staff a more competitive wage will equate to better recruitment, better retention.”

Johnson added that he felt the increase is reasonable. “If you look at a 15 percent across-the-board increase, that would be a total of $665,971. That would put your patrol positions up $5,000.”

Commissioner Chris Gaines said Thompson’s department asked for a 10 percent increase and he gave the Board three options to consider. He then asked Johnson to come back with a more “surgical” proposal.

“We’re not the federal government where we can just create money,” Gaines said. “We still have to have checks and balances. Two years ago, the majority of our expenditures were spent on people. That was the salary increase we did that was over $1 million. If we could simply write a check today and give you everything you want it would be done. But we don’t have that ability.”

The county has just begun the 2020 budgeting process and Gaines pointed out that the majority of departmental budget requests will be for salary increases.

Commissioner Fausett said, “We’re charged with public safety and I think about that all the time. But we also have a fiduciary responsibility to our citizens. I wish we could write them a check for everything but there is just so much money in the pot and you have to spread it out.”