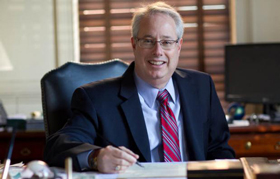 Today, October 9, 2015, Attorney General Sam Olens announced that the U.S. Court of Appeals for the Sixth Circuit has ruled in favor of Georgia and 17 other States, and granted a nationwide stay of the EPA’s “Waters of the United States” rule.

“I am pleased that the Sixth Circuit has granted a nationwide stay of the burdensome Waters of the United States rule. Under this illegal rule, Georgia families, farmers, and businesses would be subject to excessive and intrusive federal regulation. As the federal government continues to issue massive and unconstitutional executive directives at an alarming rate, I remain steadfast in my commitment to protect and defend the interests of Georgians,” said Olens.

As the Sixth Circuit said it its ruling, “A stay temporarily silences the whirlwind of confusion that springs from uncertainty about the requirements of the new Rule and whether they will survive legal testing. A stay honors the policy of cooperative federalism that informs the Clean Water Act and must attend the shared responsibility for safeguarding the nation’s waters.”

Attorney General Olens continues to lead an ongoing, multi-front effort to combat the EPA’s new rule. A federal court in North Dakota recently entered an order prohibiting the EPA from enforcing its new rule in thirteen states, and this ruling extends the stay nationwide.