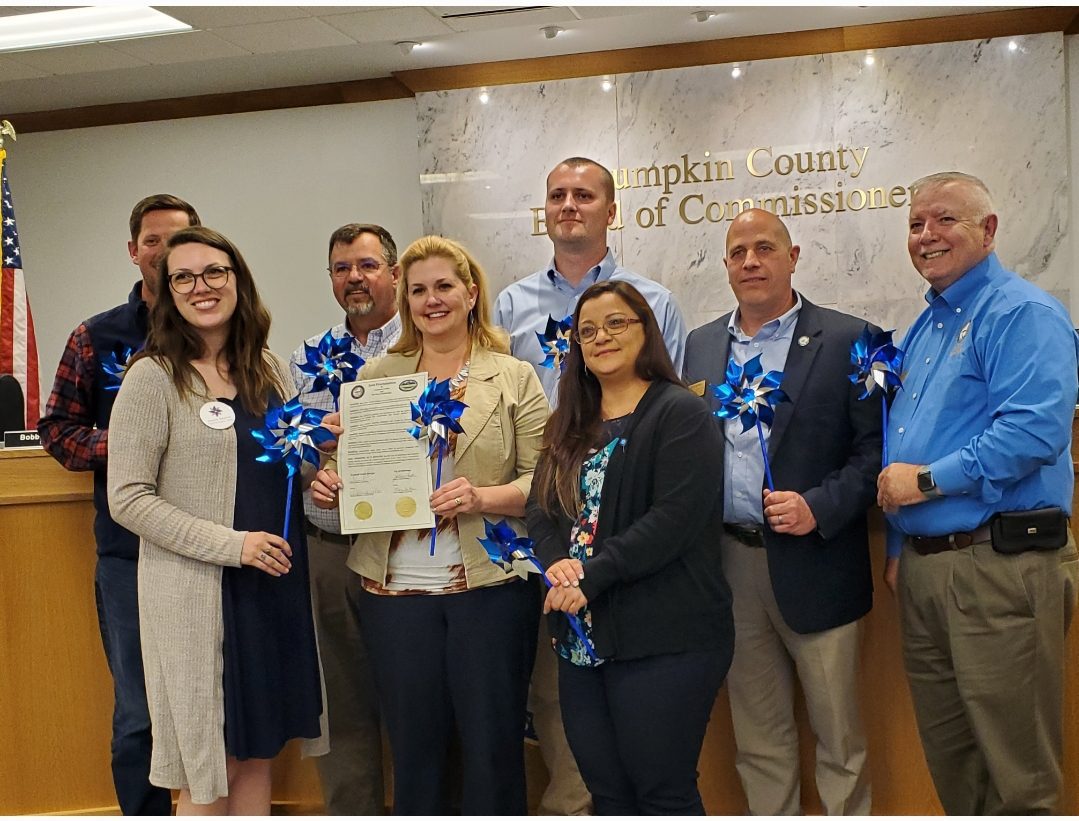 LUMPKIN COUNTY, Ga.- The Lumpkin County Board of Commissioners approved the inmate health contract with CorrectHealth after the bidding process was conducted.

The board also decided to table the vote on the land-use revisions for another two weeks. This also extends the moratorium on commercial licensing until May 3 when they will take a vote on the revisions. 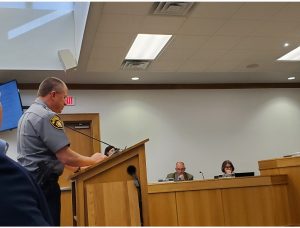 Sheriff Stacy Jarrard at the meeting.

Sheriff Stacy Jarrard brought before the board a new contract with CorrectHealth that raised the cost to $60,000. This was a jump in cost from what it had previously been so the board directed staff to try to negotiate the cost down.

When that option did not work the board told asked staff to find out if CorrectHealth would be willing to work with the county on month-to-month bases while they put the contract out for bid. CorrectHealth agreed and staff opened up a bid for the contract.

They received two bids. A commission made up of staff and members of the sheriff’s office met with them last Monday. After the meetings, Jarrard requested to stay with CorrectHealth.

However, during the bid process, CorrectHealth’s contract price did go up again. The annual amount that will be paid for their services is $357,765.98 Jarrard and John Ritter Director of Marketing and Business Development for CorrectHealth were at both the work session and meeting to answer any questions the board or community may have had.

At the same meeting, the board decided to table the land-use revisions vote. The most current draft was put out on Friday, Apr. 15 right before Easter. To view that draft visit https://www.lumpkincounty.gov/CivicAlerts.aspx?AID=182.

Commissioners Stringer and Greene expressed concerns with the current draft and wished to have more time to work on a few small details. The rest of the board was in agreement and decided to hold another work session Tuesday, Apr. 26 at 9:00 a.m.

They will release another draft after that meeting and give the community a week to review the changes and express any other concerns. The vote will be held at a special call meeting on May 3 at 5:30 p.m. this will be after the work session. 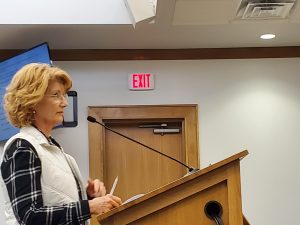 Kathrine James while speaking to the board about her concerns.

Kathrine James and Steve Sylvestor were both present at the meeting and express further concerns with the document. Sylvestor felt that as the board has worked on the revisions they have become less restrictive. James felt that there was still some clarification needed on how long a person held a land-use permit without making any progress.

“I’ve gotten phone calls and emails both ways some saying we’ve gone too far and some saying we haven’t gone far enough, I think after going through it in a lot of detail I think its a good compromise between property rights and protecting property values,” commented Commissioner District 4 Jeff Moran.

The commissioners also ratified the joint proclamation with the City of Dahlonega to make the month of April Child Abuse Prevention Month. To review when the City approved the proclamation visit https://lumpkin.fetchyournews.com/2022/04/05/council-approves-pay-adjustment-for-employees/.