Blue Ridge, Ga. – The “look of impropriety” fueled debate over the City of Blue Ridge’s recent involvement in improvements to Highway 515.

Previously the University of North Georgia (UNG) had approached the city looking for help in obtaining funds to create an RCut in the median of Hwy. 515. This RCut would allow motorists to make a left hand turn off the highway and into the entrance of the campus. 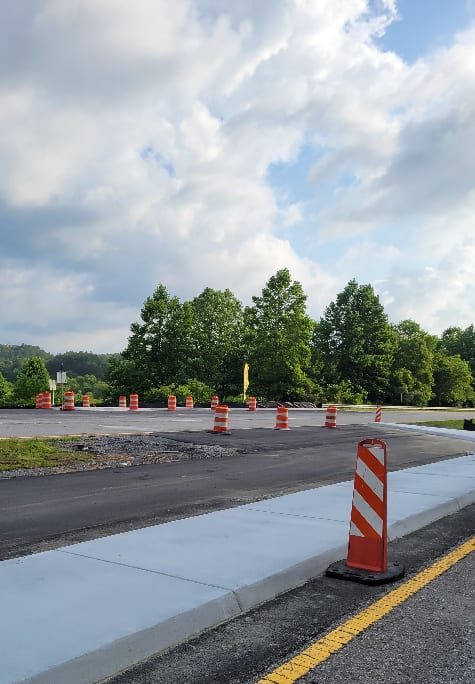 GDOT (Georgia Department of Transportation) looked into the project and determined there was a need for the RCut due to potential traffic flow and for safety reasons.

“The developer couldn’t pull a DOT permit,” Mayor Donna Whitener stated as to the City’s initial involvement but clarified that the request for the RCut came from UNG.

Councilmember Nathan Fitts stated that he had no issue with the City being a vehicle for obtaining the permit but took issue with taxpayer dollars being spent on the project.

GDOT initially slated $150,000 towards providing the RCut this funding came through LMIG (Local Maintenance and Improvement Grant) and developer, John Kieffer put in approximately $48,000 towards surveying and engineering fees.

UNG approached both the City of Blue Ridge and the Fannin County Commissioners asking for funds to cover the shortfall but neither entity would agree to pay with local tax dollars.

“I’ve not even officially got word of that and I’m a councilmember. No one has ever given me notice,” Councilmember Rhonda Haight explained that none of the council was notified that funds to complete the project had been gathered and wanted an explanation as to where and how the funds came about.

The remaining funds came through another LMIG grant from GDOT in the amount of $35,000 and UNG made up the remainder $978.61.

The developer is assumed to substantially increase the monetary value of the remaining parcels for sale by obtaining the RCut according to Fitts.

“Me and Rhonda talked to Mr. Keiffer and said that on our watch we would not approve it through the city,” Fitts said, explaining that he didn’t feel tax dollars should be spent for the financial gain of a private developer and that projects of this nature should be at the developer’s expense.

Fitts stated that in private conversation the developer had initially said he would be paying for the expenses but that the narrative changed.

“The college did need it, but the conversation that was told to us was that he (Kieffer) needed help from us because he had lost money on that property he had sold to the college,” Fitts said of the ordeal adding that taxpayers should not be on the hook for a developer’s bad business decision. 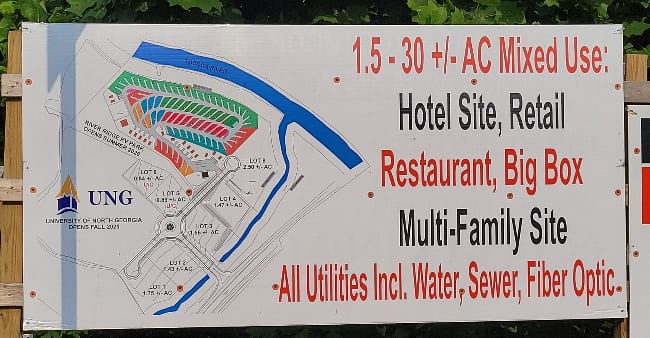 Signage advertising remaining parcels for sell in the development.

“It is a look again of impropriety that the City keeps getting itself into, that we all the sudden are paying for a personal developer to have an RCut,” Haight added.

Evidence of the boost to property value and appeal can be seen by a recent sign placed that advertises the RCut coming soon as well as the remaining tracts for sale.

“Are we going to have to pay for all the developers from here on out?” Haight questioned if the City would be setting a precedent for future transactions, and added, “As a state taxpayer I’m a little appalled that my money went to pay for this private RCut.”

The second LMIG in the amount of $35,000 came from the state when Whitener spoke with state level representatives about the issue. This was done without council knowledge according to Haight and Fitts.

“Thanks to Steve Gooch and GDOT. I really appreciate their help,” Whitener said, explaining that the state came in and saw a need for the RCut or would not have given the go ahead on the project.

Whitener also pointed out that LMIG funds could be used anywhere in the state.

“I’m glad that those state tax dollars are being allotted for our area,” Whitener stated, “It is going toward improving safety for the people driving down 515, one of our busiest roads.”