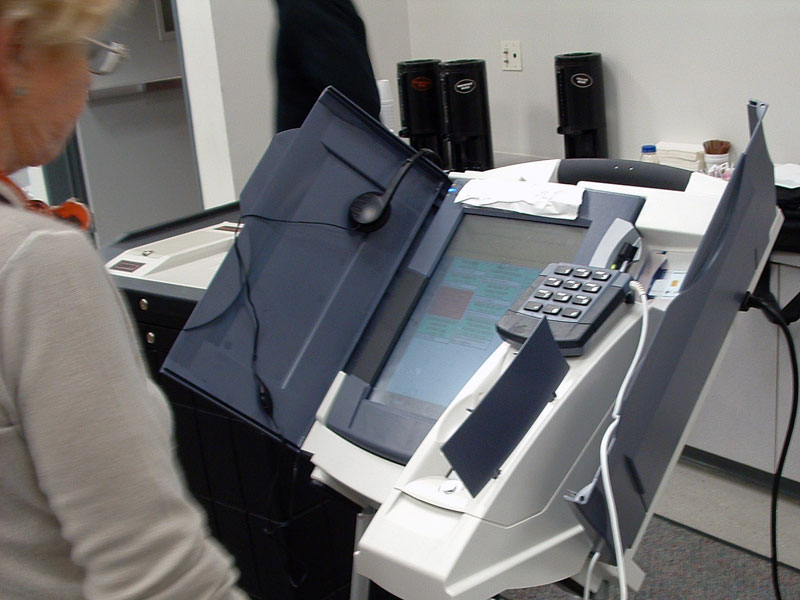 The news this week is full of debate about whether US elections can be rigged or not.  Secretaries of State from all over the US say that modern election technology makes election rigging virtually impossible.  However, some admit that voter databases can be hacked.  One candidate encourages supporters to watch polls on election day, which is not legal in Georgia without prior authorization.  In light of recent national debate, FetchYourNews decided to re-run this article that originally appeared on Oct. 12th 2016.

November 8th, the day the dead rise from the grave to vote and someone in Siberia or Cincinnati will be hacking into the voting machines to change election outcomes – so say some of the ideas  surrounding this year’s presidential elections.  FetchYourNews checked with Mary Ann Conner and Chuck Cook of the Fannin County Board of Elections.  Since all of Georgia counties follow the regulations set forth by Georgia’s Secretary of State, the details Conner and Cook supplied are valid all Georgia voters.

It is eight days too late for poll watching in Georgia.  The 2016 Georgia Code regarding poll-watching for state or national elections is that a political party can submit names of up to 25 people to be poll watchers for the entire state.  The names must be submitted seven days prior to the beginning of voting.  Oct. 11th was the first day of early voting in Georgia.  Official poll watchers receive a letter from the state affirming that they are official poll watchers and what precinct they will watch.  The letter also goes to the superintendent of the precinct.   Official poll watchers receive a badge which gives them entrance to the check-in area, the voting area and where votes are tabulated.  While watching, they can’t speak to voters, take photos or campaign. If so, the poll manager can make the poll watcher leave the precinct.  Campaigning has to be at least 100 feet away from a poll location.

As for some in Siberia or Cincinnati hacking into the electronic voting machines, Cook said it is like trying to hack a pencil; there is no way to get into the voting system.  The machines do not connect with the internet at all.  All information is on the voting card for the electronic machines.  Numbers of the amount of people coming through the precinct are compared against the numbers of votes recorded on the machines.  All voting machines arrive at the county sealed and machines are randomly assigned to each precinct. After voting has ended at 7 pm, poll workers tabulate results, post them outside the poll.  When the machines arrive at the Board of Elections, they are re-tabulated and the numbers compared.

Conner says that for someone to commit voter fraud at the machine means they must be a clairvoyant.  The person must know where the voting machine will go and how many voters will actually vote at the precinct that day.

There is a possibility for voter fraud to happen in voter databases where a voter’s registration could be affected by a cyber-attack.  On Oct. 11th, CNN reported that 33 states and 11 local election agencies requested the Department of Homeland Security to review voter registration systems for vulnerabilities to a cyber-attack.  If you want to check that you are registered to vote in Georgia at your precinct you can find out on the Secretary of State’s My Voter Page (click here).  The site also has a sample ballot for your county and absentee ballot request form.

Voter fraud can happen in voter registration by setting up road blocks for people to register to vote.  Texas and North Carolina are under court orders about this.  Georgia is under allegations about this as well.  According to Oct. 12th article in the Atlanta Journal-Constitution, Georgia Secretary of State was ordered to release information about how the state decides which voter registration to reject or accept. Georgia has been cited for rejecting applications for minor mistakes like misspelled street names which don’t match other public identification about the voter.  This especially happens with voters registering on paper forms.

As for the dead voting, Conner spends much of her time at the Board of Elections making sure that doesn’t happen.  She reviews coroner records, death certificates and even obituaries appearing in newspapers to ensure the deceased are respectfully removed from the voter database.

Oct. 11th voter registration in Georgia closed, even for the dead.

Voters can vote at the Fannin County Board of Elections now through  Nov. 4th, Monday through Friday from 9-5 pm.  Saturday voting is on Oct. 29 from 9 – 4 pm at the Board of Elections in the Courthouse.  Other counties can check their early voting schedules Georgia Secretary of State website click here).