Kinsleigh Purvis is the daughter of Steven and Kara Purvis of Talking Rock, Georgia. She has earned this recognition due to hard work, academic achievement, and SAT scores. In addition to being named STAR Student, she stated that she has also been accepted to attend the University of Georgia and its honors program. Purvis plans to pursue an Environmental Health Science degree that fulfills Pre-Med needs to go into Medical School.

The Student Teacher Achievement Recognition (STAR) program is sponsored, administered, and promoted by the Professional Association of Georgia Educators (PAGE) and the PAGE Foundation. The STAR Student must be a senior with the highest score on a single test date on the SAT and be in the top 10 percent or top 10 students of their class based on grade point average to qualify. The STAR program has honored nearly 28,500 students and the teachers selected as the most influential to their academic achievement over the years. There are competitions that continue in the STAR program at the region and state level. 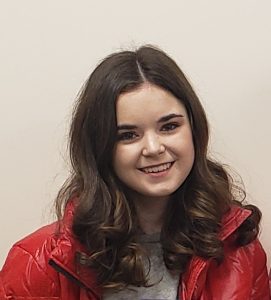 Purvis told FYN that the award was not something she was directly looking to achieve. While she did know about the STAR student program, she said she has been working hard towards the highest SAT score she could get for herself and not towards the STAR program specifically.

STAR Teacher Ashley Stover taught Purvis in ninth grade Geometry before stepping out of the classroom to become the Dual Enrollment Coordinator for two years. A program that Purvis has utilized to attend Dalton State College where she has been taking classes for core credits to add to her AP classes in high school.

Purvis chose Stover as her STAR Teacher because, as she states, “In the classroom, she is always very encouraging to everyone, including myself, and always pushed me to do my best. Then, as dual-enrollment coordinator, she helped me a lot with scheduling and doing what’s best for my future career and what’s best for me now.”

When asked about how surprising it was to hear the Purvis had been named STAR student, Stover said, “She’s always been at the top.” 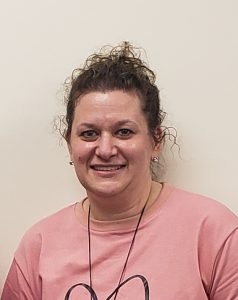 She went on to add the Purvis was “the whole package.” She explained that the desire is there to fuel her. And while Purvis has always understood and gotten concepts quickly, she has stayed humble enough to realize the need is still there to work hard for what she wants. In addition to her drive and academics, Stover said she is kind and helpful to anyone.

That drive reaches out from school and academics as well. Purvis attends dance classes, teachers younger dancers from first and second grade, is a part of Girl Scouts, she is also very involved in her youth group that meets on Wednesday and Sunday nights.

Having gone through AP classes during the virtual academy and at-home days of the COVID-19 pandemic, Purvis still maintained her efforts and did “very well” on her AP tests according to Stover.

GHS Principal Carla Foley also lauded Purvis’ achievements saying, “We are very proud of Miss Purvis and Mrs. Stover and the academic excellence they have exemplified at Gilmer High.”

Speaking specifically about Purvis both as a past student and looking to the future, Stover said, “She’s going to do great things. I’ve known that since I met her, but she is. She is going to change the world.”