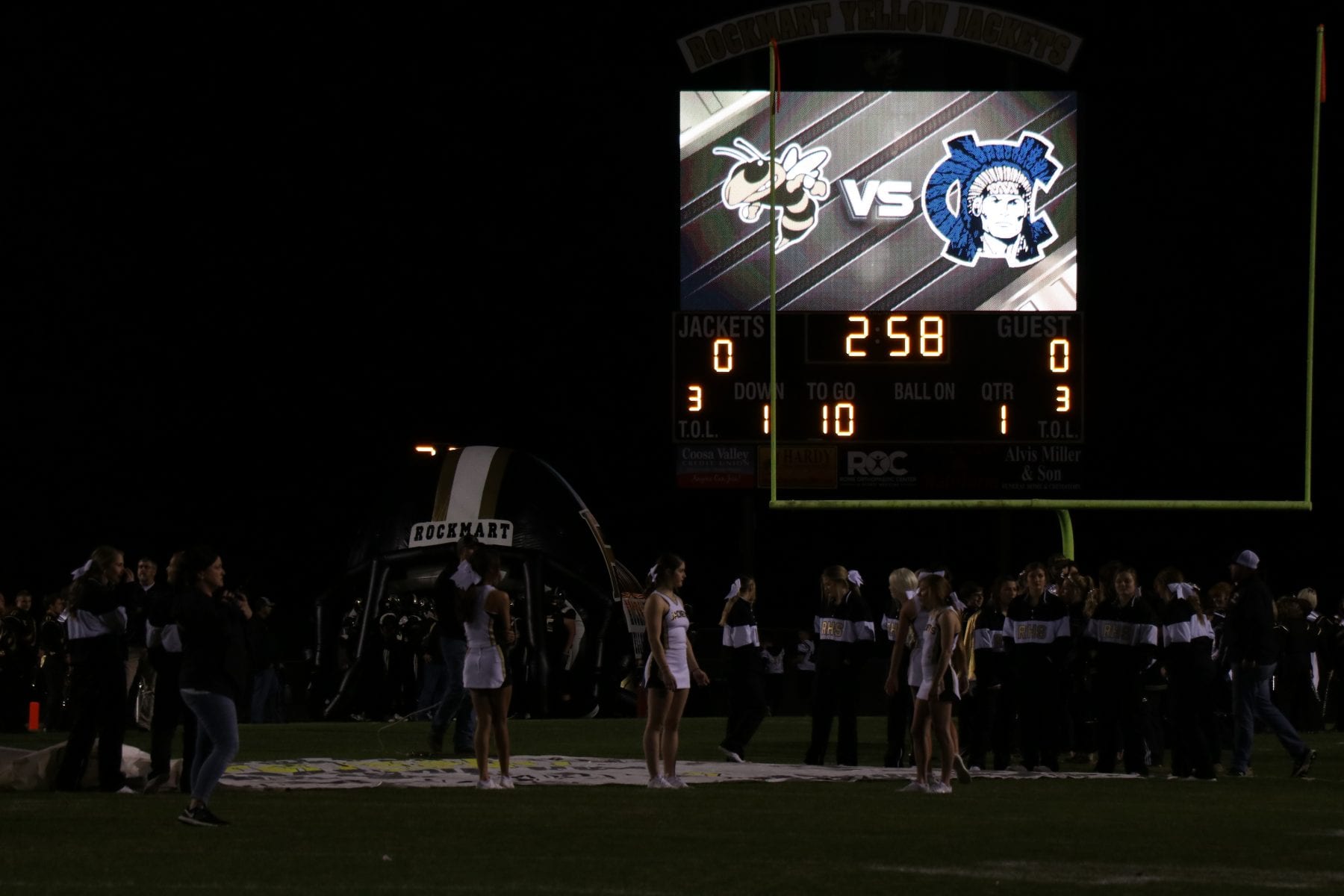 Rockmart, Georgia- The White County Warriors (7-3) traveled to Rockmart to face the Yellow Jackets (10-1) in the first round of the GHSA AAA State Playoffs. 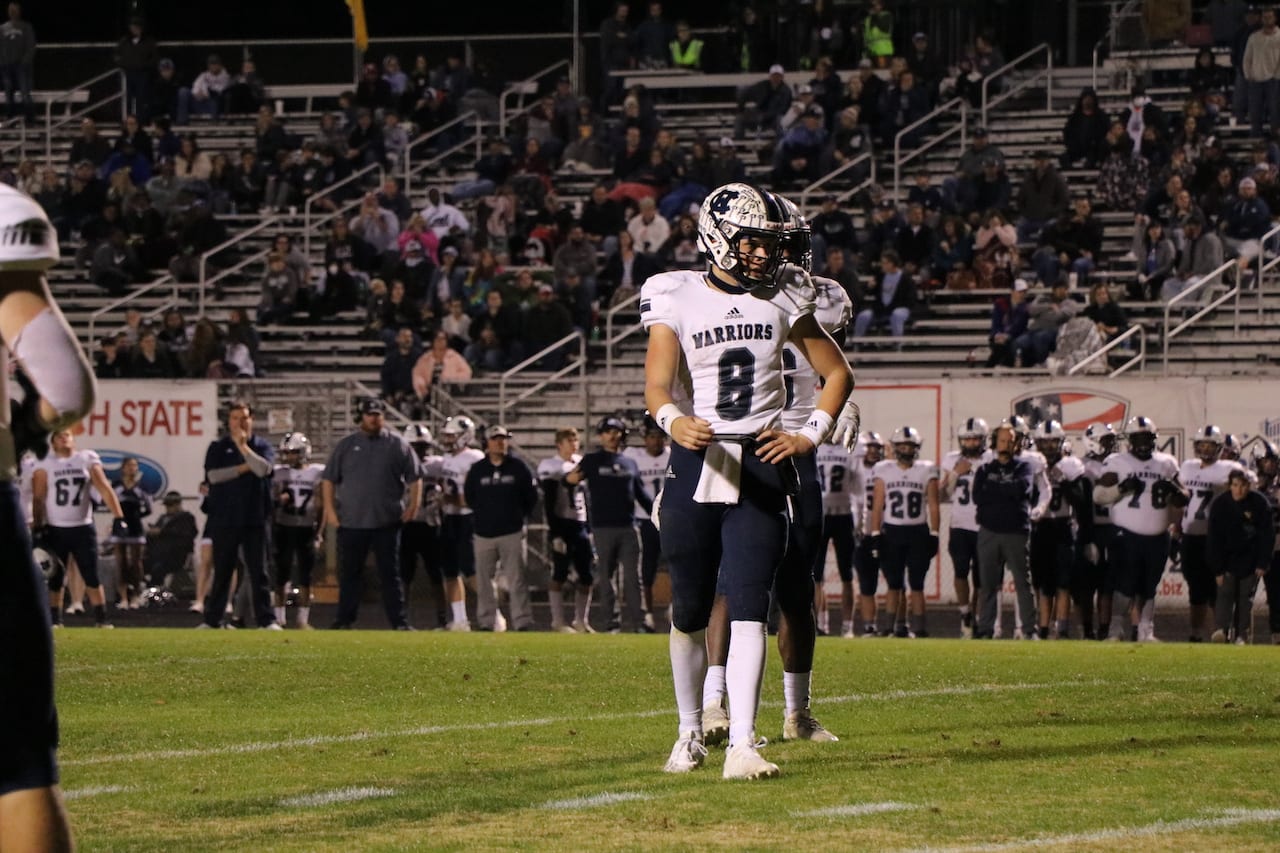 In a very fast and hard hitting game , the Warriors didn’t start the way they had planned. To begin the game, the Warriors had a tough time stopping Senior Quarterback Javin Wahtley, as he rushed for 264 yards in the game. On third down of the Yellow Jackets first drive, Wahtley found Sophomore Dennis Sims for a 47 yard touchdown pass to put the Jackets up 7-0. The Warriors failed to pick up a first down on their first drive and punted the ball back to the Yellow Jackets. The Yellow Jackets picked up a quick first down and picking up big gains by Junior Keyshaun McCullough. The Warriors were having a tough time catching up to the speed of Rockmart. As soon as the Warriors started making some big defensive plays, Wahtley scored on a 26 yard run to make it 13-0 with 4:30 left in the fist quarter, as the Jackets missed the PAT. On the first play of the Warriors next offensive drive, Senior Quarterback J. Bnen Haynes pass was tipped and intercepted around midfield. The Warriors again were having a tough time stopping the rushing attack of the Yellow Jackets. The Yellow Jackets ran the ball on every single play of the drive and scored on a 5 yard rush by Wahtley to make it 20-0. 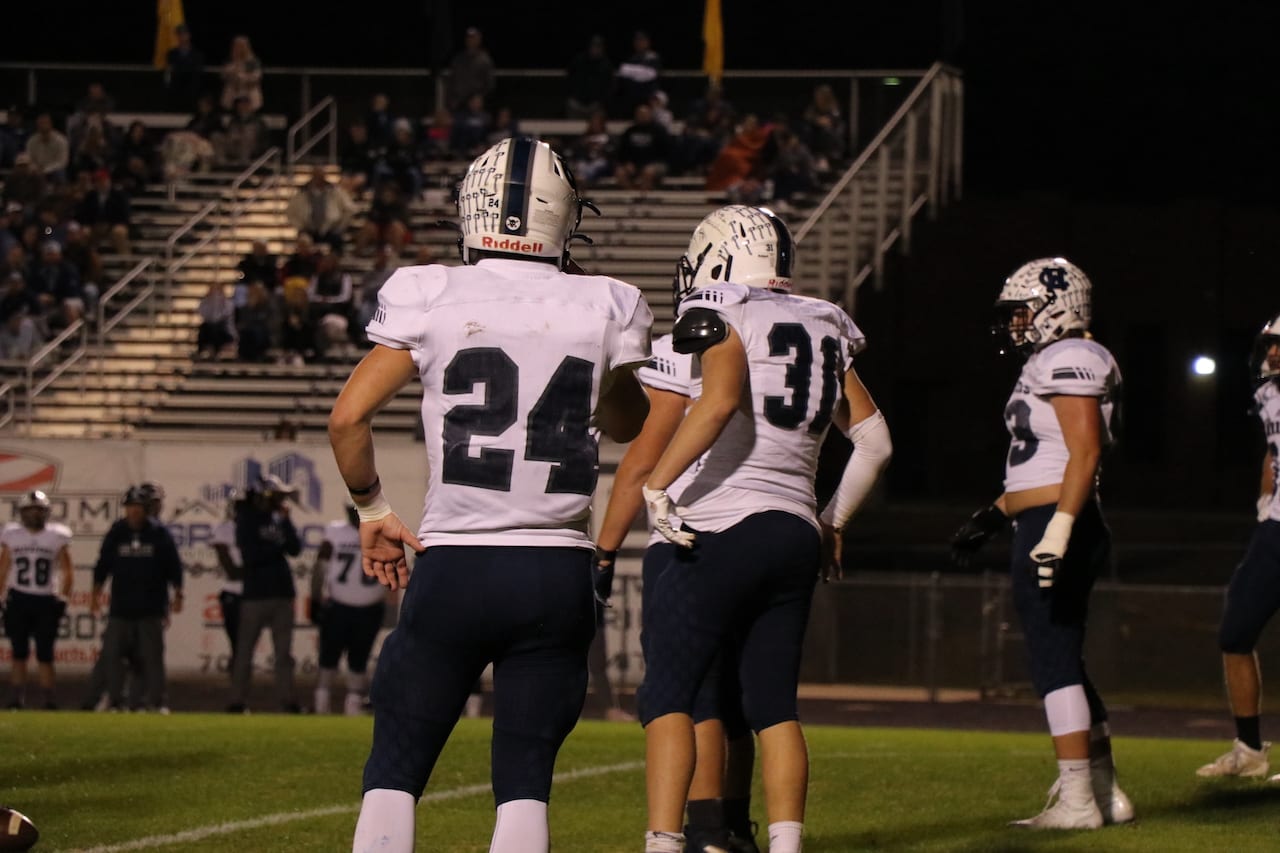 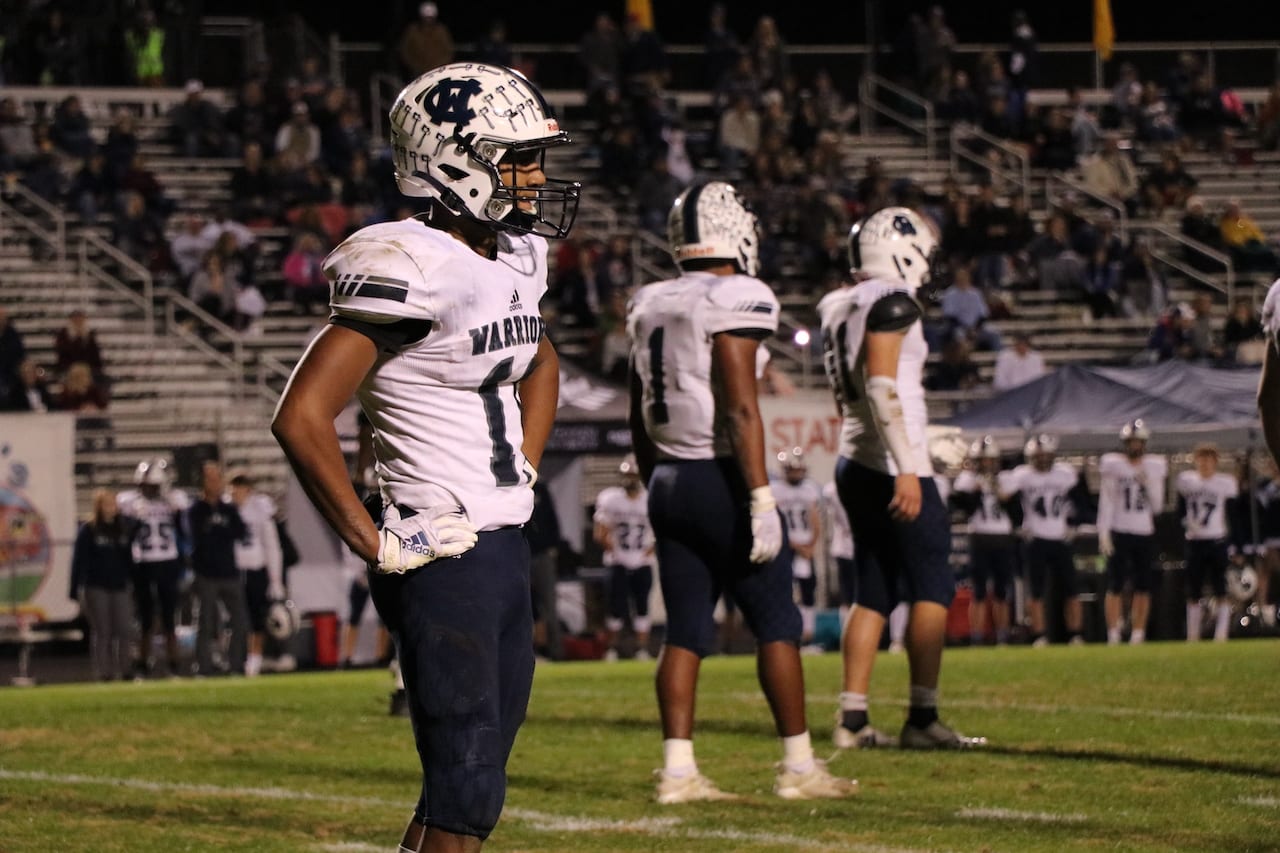 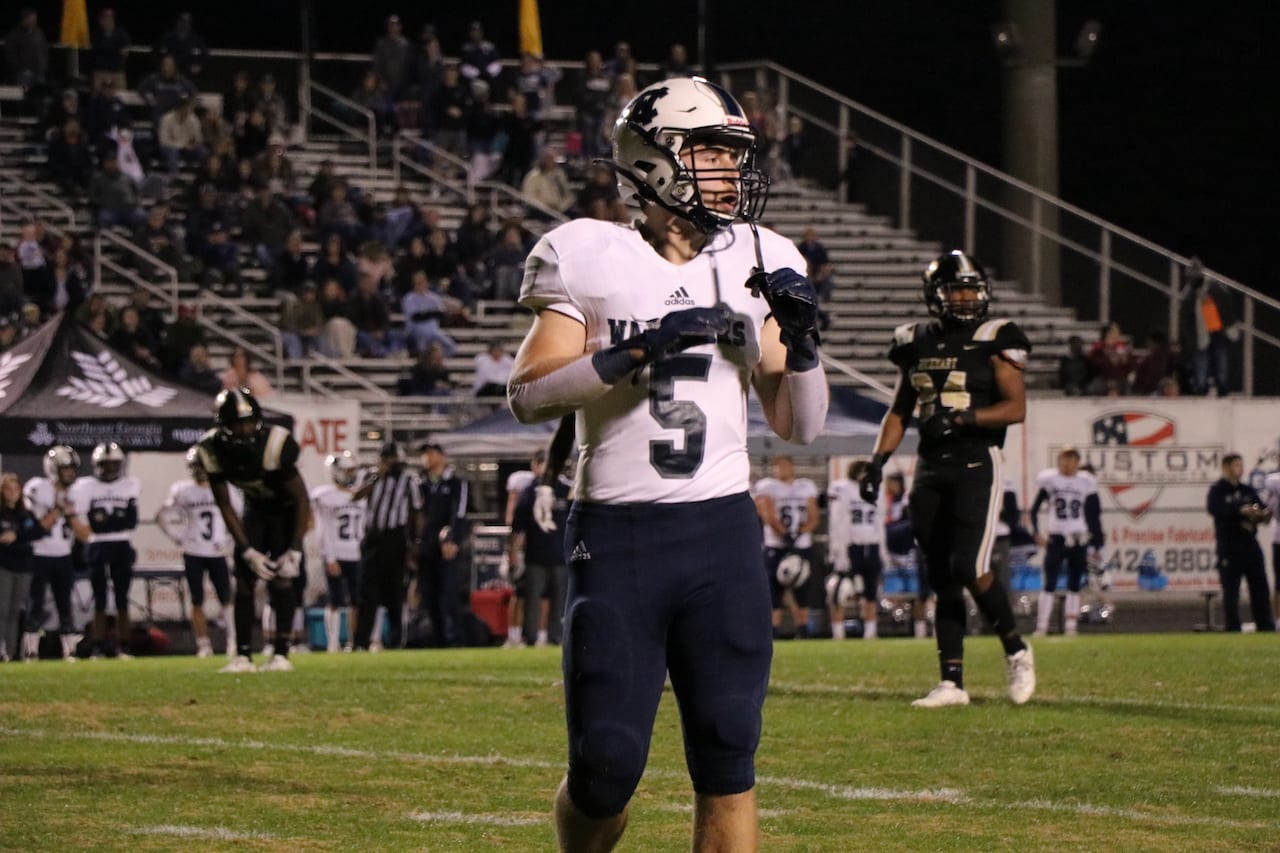