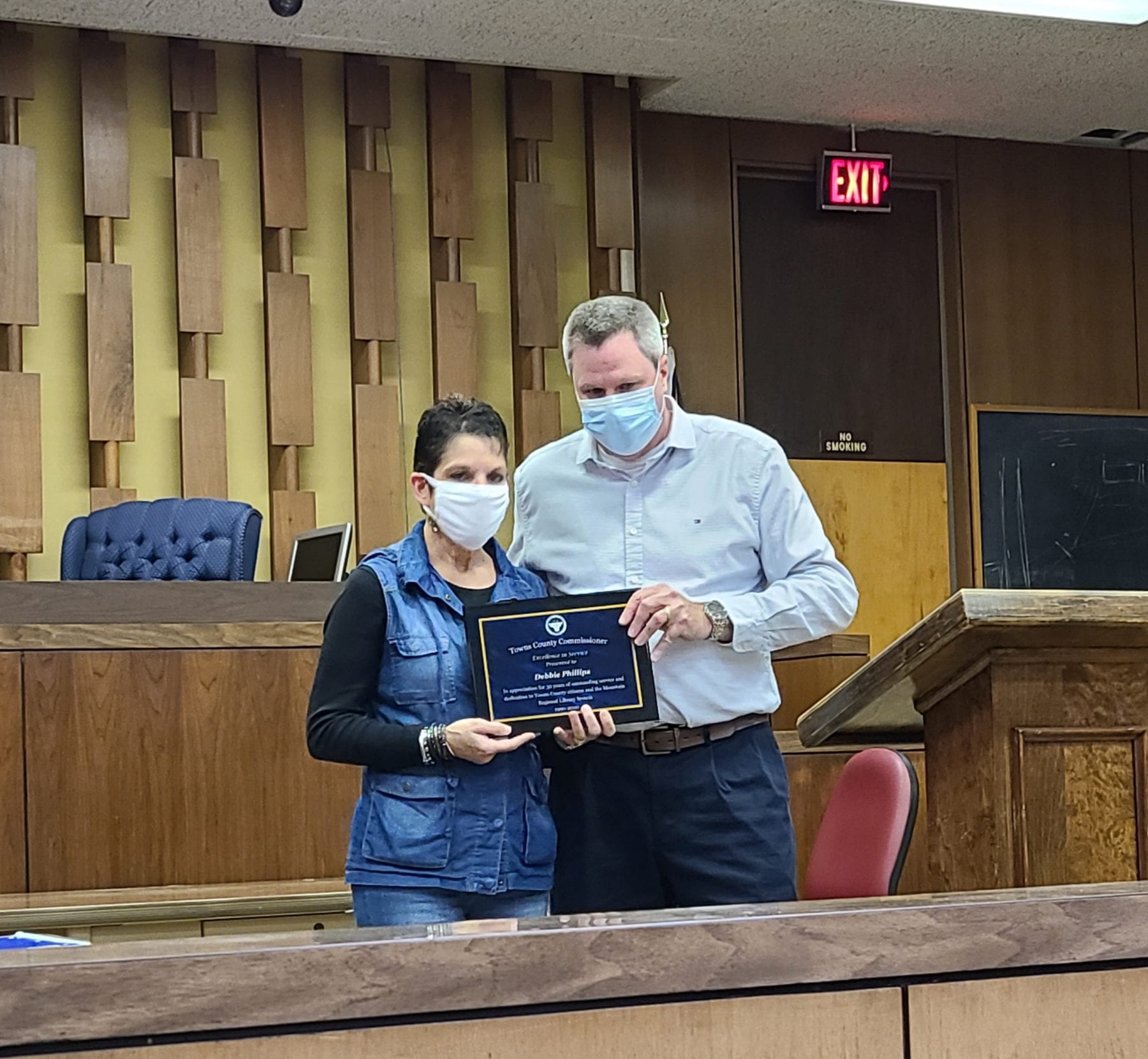 Phillips retired from the library after serving 30 years in the Mountain Regional Library System. During her time with the library, she served on statewide PINES committees, the Board of Trustees advisory council as branch manager, bookkeeper, and she’s assisted the library board as well as friends of the library.

“I want to congratulate Debbie. She’s been an outstanding public servant,” Board of Trustees Chair Barbara Hale said. “I can tell you right now, Debbie’s work is more than dedication, it’s more than duty, it’s more than responsibility, she loves this community.”

Phillips sought to take care of Towns by providing them with the necessary tools in their library. Her entire family also contributed to her dedication to the role.

“There’s no one more honest, more diligent, more dedicated than Debbie. I love her and she loves this community. This community is really going to miss her. The vision that she had for that library and saw through to fruition,” Hale stated.

Bradshaw expounded that Phillips’s dedication to the library was “unbelievable.” She would call him for anything the library needed. 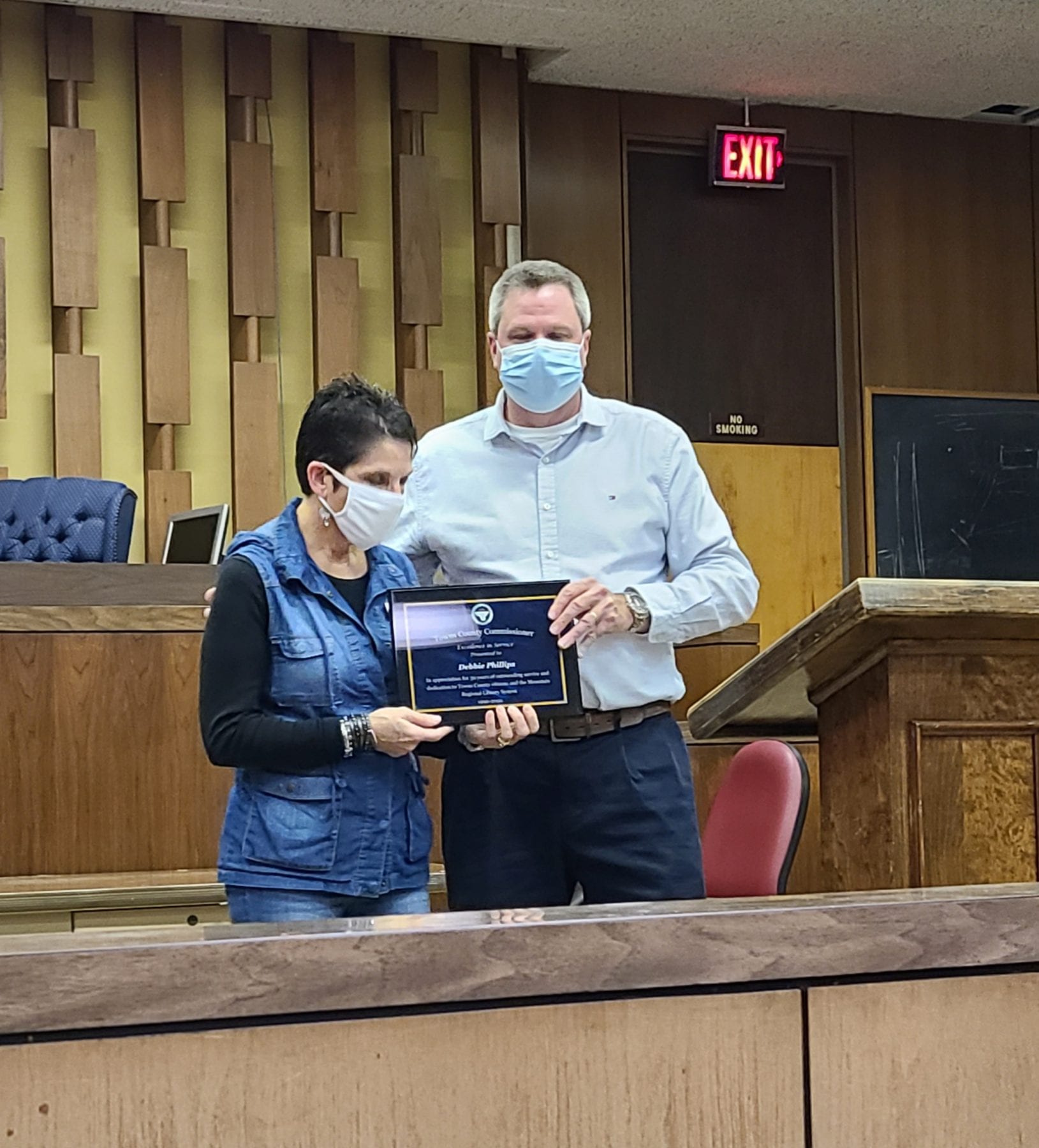 Hiawassee Mayor Liz Ordiales also praised Phillips and her willingness to always help out the city.

“She always took care of that building and of course, the citizens were her first love,” Bradshaw said. “I’m sure there are more things you’re going to do in the community as we go forward.”

Of her time at the library, Phillips said, “I’ve enjoyed every minute. I’ve had a vested interest in the library. Most of us in our jobs if we stay that long, we love what we do or we wouldn’t do it.”

She acknowledged she would miss a lot of things such as the people but would still be around when necessary.