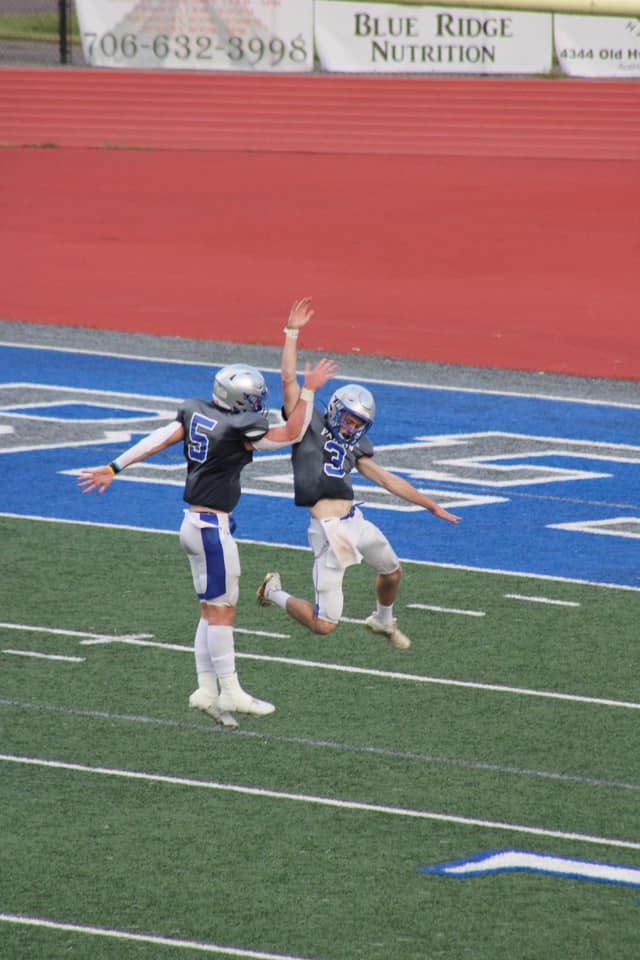 Fannin County welcomed the Hayesville Yellow Jackets, out of the Smoky Mountain Conference, across the state line from North Carolina this past Friday.

This was the 2nd time in 3 years Fannin County Scrimmaged Hayesville. The Rebels traveled to Hayesville for a scrimmage on Aug. 16th 2019.

Fannin County started off with a quick stop on defense. David Mashburn would find pay dirt and Jack Kanter would add an extra point to make it 7-0.  Hayesville would get the ball back and go 3 and out again. Linebackers Andrew Waldrep, Cason Owesnby and Cade Sands all had tackles on the drive. Mashburn, would add another Touchdown finding Corbin Davenport in the end zone. Kanter tacked on another extra point to make it 14-0 and that would be the score at the end of the 1st quarter.

Seth Reece would jump in on the scoring party in the 2nd quarter for Fannin with a TD Run. Kanter’s extra point was good to make it 21-0.  The Yellow Jackets would not cross midfield until 4:40 left in the 2nd quarter. Fannin would force a turnover on downs with a great play in the secondary by Carter Mann. Mashburn found Cade Sands for a big gain just short of the goal line. Fannin would punch it in and take a 28-0 lead into the half. 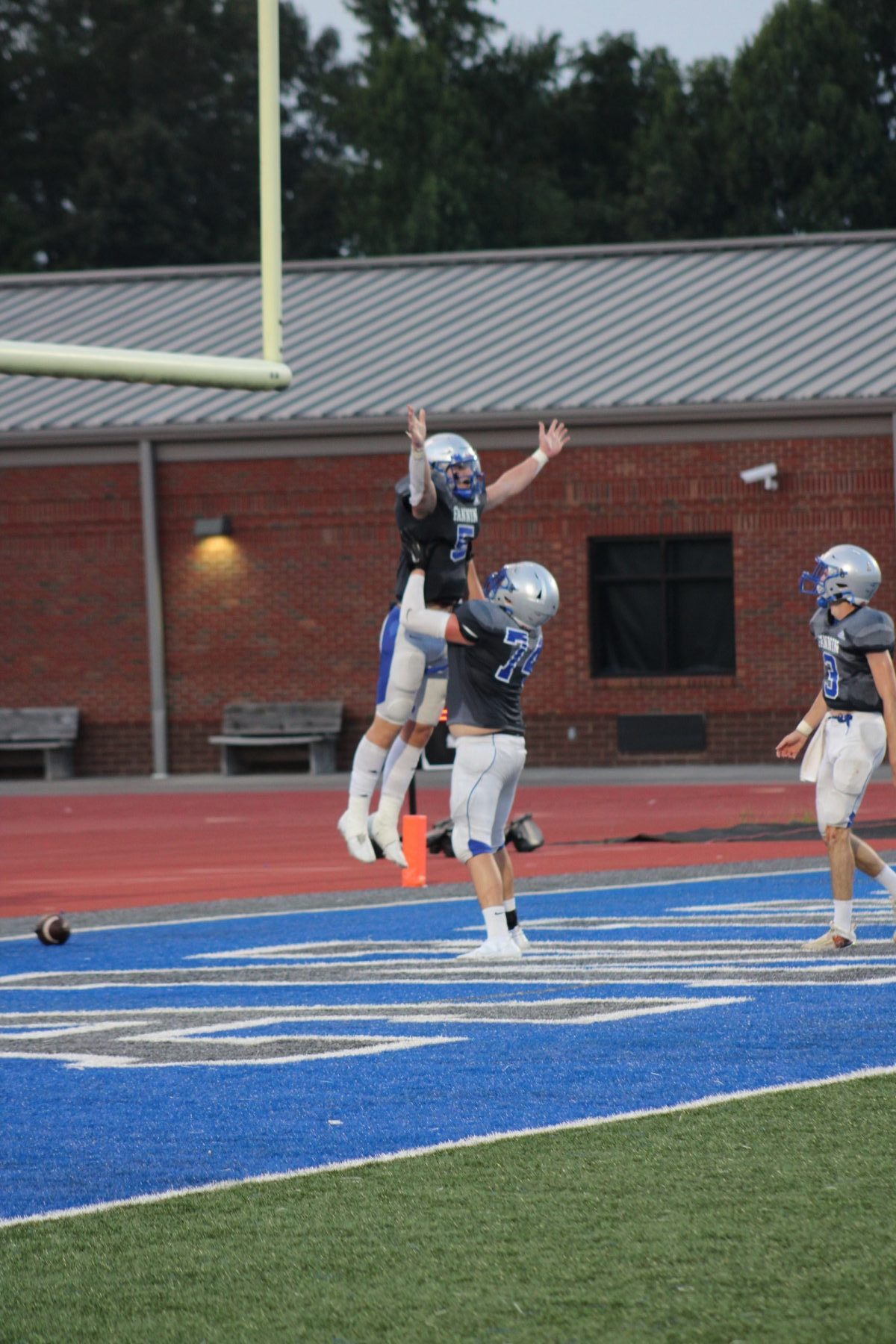 Hayesville would get on the scoreboard with 8:30 left in the 4th Quarter. 3 Star Tight End Jake McTaggert went up and made a great catch. Fannin would end up winning the scrimmage 42-7.

Player Of The Game

For the 30th time, Union County and Fannin County will meet in ” The Boarder War”

Fannin County has concluded the offseason workouts, 7v7, padded camps and scrimmages. The Rebels are hungry to take the field Friday night against Union.

About the Opponent Union County

Michael Perry is entering his 1st Season as Head Coach at Union. Coach Perry, has been a Head Coach the last 4 Seasons with stops at Centennial( Roswell)  2017 and 2018 and East Hall 2019 and 2020. Coach Perry has been  titled  “Quarterback Whisperer ” by several media outlets , as he has Coached 6 All State Quarterbacks.  Perry was the Offensive Coordinator and Quarterback Coach at Gainesville High School from 2011-2015. Most notably, Perry Coached former Heisman Trophy QB, Clemson Tiger, and Current Houston Texan Deshaun Watson.

The Key Players to keep an eye out for the Union Panthers will be QB Logan Helcher, WR Keyton Chitwood, ATH Trace Wright and ATH Eli Peugh. Helcher and Chitwood are one of the top QB/WR combinations in North Georgia.

* Now, since this is a Fannin County article lets talk a little bit about the Rebels. *

No Pre Season Ranking Love for The Fannin Rebels

Just this past week the AJC and GPB released their top 10 for Class 2A and Fannin County wasn’t listed. Last season, Fannin County, didn’t start in the top 10 in either poll but ended up 6th in both at seasons end. This does nothing but motivate the Fannin County Rebels who are eager to prove that despite losing so much talent, and seniors from last years team, they are still a very good football team. Recruit Georgia and Georgia High School Football Daily released their Pre Season All State Teams. No Rebels were listed but a huge congrats to Seth Reece and Cason Owensby for being All State Honorable Mention by Recruit Georgia. Don’t be surprised if Fannin County has several players on the All State Teams by seasons end.

The road to History and Key Players for Fannin

Fannin County will be led by Senior Captains: Rico Arrellanes, Carter Mann, Dylan Collins, Seth Reece, Sawyer Moreland and Cason Owensby. The Rebel captains will look to lead this team and capture more history as the 2021 is set to begin Friday night. No Class in Fannin County Football History has made the State Playoffs 4 years in a row. The 2021 Class has a chance to make history and that road starts Friday at 7:30 pm. Rebel Stadium Blue Ridge Ga. Cant wait to see everyone there.