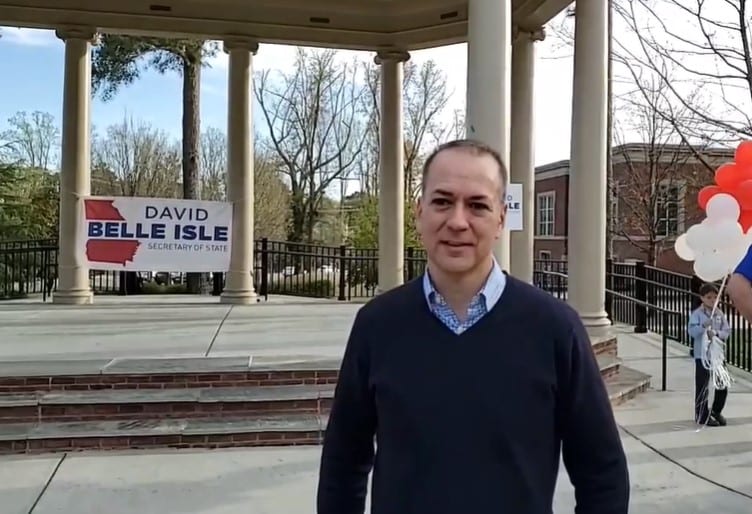 ELLIJAY, Ga – David Belle Isle (R) took a minute to address why he’s running for Secretary of State even though the incumbent Republican intends to run for reelection.

Former Alpharetta Mayor and runner-up on the 2018 primary runoff for Secretary of State, Belle Isle supported candidate and eventual Secretary of State Brad Raffensperger until his actions in 2020. He called what happened in 2020 an “absolute disaster” citing the perceived dissolution of election integrity and voter confidence.

“As much as we want to find the right leaders,” Belle Isle remarked, “We can’t get there if we don’t have the ballot box right.”

Raffensperger has expressed his intentions to run again and that the facts state former President Donald Trump didn’t carry Georgia and when the truth is revealed people will understand. Belle Isle observed if Raffensperger can’t see the problem, then that’s “the reason he needs to go.”

The Secretary of State did hire a company, ProVMD to audit Dominion machines and that company primarily services Dominion. Raffensperger’s chief operating officer also left the office for a year to take a role at Dominion in 2020. Belle Isle believes these actions aided in the public distrust of the Dominion machines and wants to see if the state can get out of that contract. 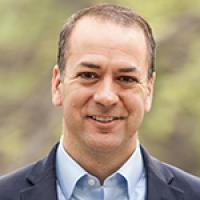 He also stressed that voter confidence has to be restored across the state. However, it will be up to the candidates to help people believe in the system since Raffensperger will be the Secretary of State overseeing the 2022 elections.

The former mayor isn’t a fan of policies Raffensperger implemented including signing the consent settlement agreement with Fair Fight. He promised to tear up the agreement if elected, adding that rejected ballots dropped to 0.3 percent in 2020. In the past, Georgia had a rejection rate of 3 percent.

As for former President Donald Trump endorsing Jody Hice (R – GA 10) candidacy for Secretary of State, Belle Isle commented that he’s always supported the President, but Trump’s never met him. He also believes he has the experience to run a multi-disciplined office like Secretary of State and that Trump would be impressed if he knew how Belle Isle ran Alpharetta and developed it.

“If presidential endorsements were always right, he’d be endorsing Raffensperger for the second time,” Belle Isle commented about the significance of endorsements.

Also, the decision is ultimately up to the voters of Georgia who will get to know the candidates.

Belle Isle has events scheduled across Georgia and is encouraged by the people reaching out to volunteer their time for his campaign.