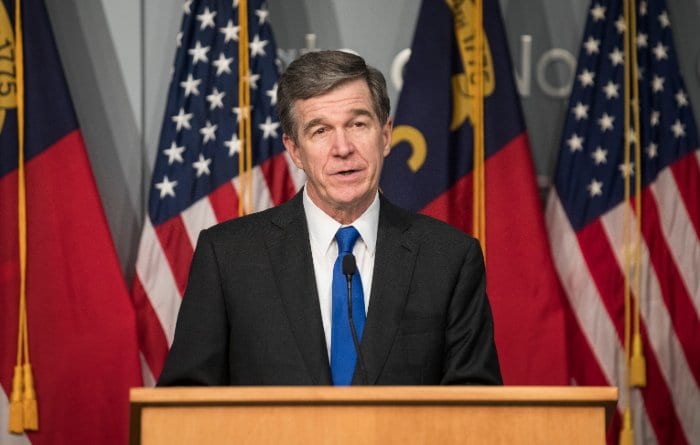 “We must acknowledge racial inequities in our systems of law enforcement and criminal justice, and then work to eliminate them. This task force will address policies and procedures that disproportionately burden communities of color,” said Governor Cooper.

The task force will develop and help implement policy solutions to address systemic racial bias in criminal justice and submit legislative and municipal recommendations on or before December 1, 2020.

Additionally, the Order creates a Center for the Prevention of Law Enforcement Use of Deadly Force within the State Bureau of Investigation to track statistics and improve training related to the use of force.

This week, Secretary of the Department of Public Safety Erik Hooks directed law enforcement agencies under the purview of DPS to ensure each division has a duty to intervene policy in place. He also directed that divisions conduct policy reviews on use of force, de-escalation techniques, arrest procedures, cultural sensitivity training and internal investigation processes. Executive Order No. 145 directs cabinet agencies and encourages non-cabinet state agencies with sworn law enforcement officers to do the same.

“We can stop the use of excessive force by police and we know what is needed to achieve racial equity, now is the time to put that knowledge to work,” said North Carolina Supreme Court Associate Justice Anita Earls. “I am grateful to the Governor and the Attorney General for recognizing that the Judicial Branch has a crucial role to play in eliminating racial disparities in the criminal justice system, and I am committed to a collaborative process with meaningful community involvement to achieve those goals in short order.”

“The Task Force for Racial Equity in Criminal Justice will consider and implement strategies to bring about real change in the criminal justice system. For way too long, Black people have not been treated equitably in the United States. We have to fix that,” said North Carolina Attorney General Josh Stein. “I look forward to working closely with co-chair Justice Anita Earls and the full Task Force to making North Carolina a safe place for every person, no matter who you are.”

Read the full Order  and FAQ.

Communities of color are disproportionately affected at each stage of the criminal justice system, with national data showing the following:

This task force follows Governor Cooper’s Executive Order 143 [click.icptrack.com], which will address longstanding social, environmental, economic, and health disparities in communities of color that have been exacerbated by the COVID-19 pandemic.